Our destination today was Kazanlak. Along the way we visited a number of sites in the area that are significant in Bulgaria's history.

In 1891 Bulgarian socialists secretly met near Buzludzha peak to organize the Bulgarian Social Democratic Party, a forerunner of the Bulgarian Communist Party. The Buzludzha monument was built by the communist regime from 1974 to 1981 to commemorate these events. After the transition to democracy, the building was abandoned and looted, and it has been deteriorating ever since. Apparently you could get inside until this summer when it was sealed.

When the monument first opened (not my photo) 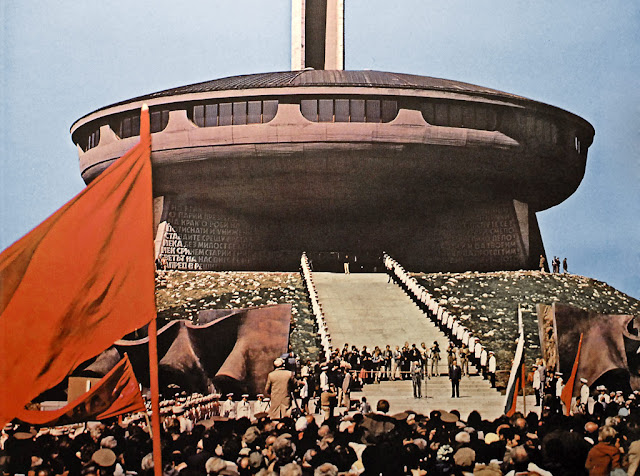 Interior when new (not my photo) 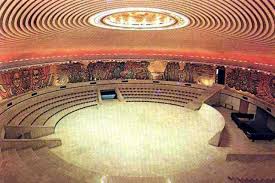 Photos from our visit 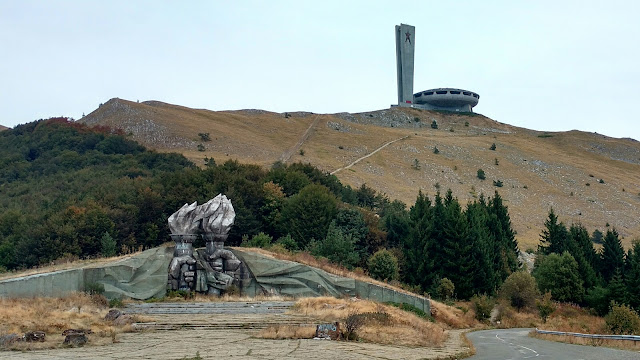 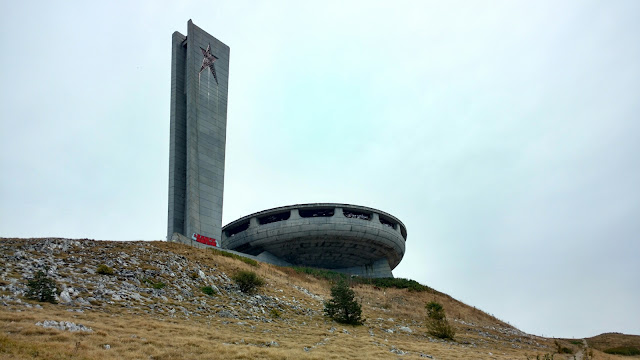 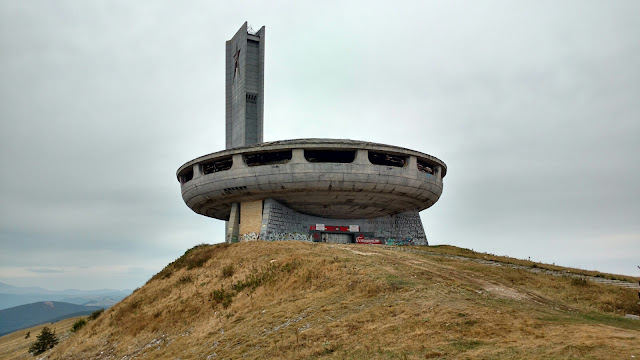 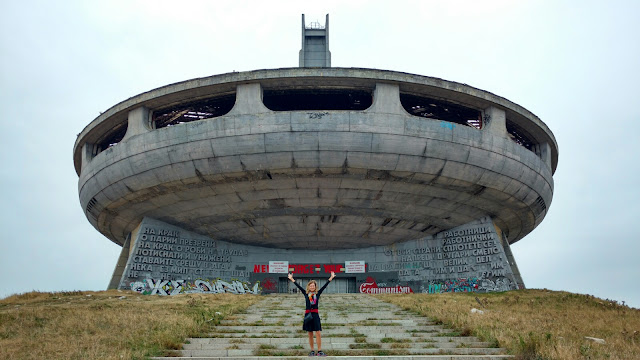 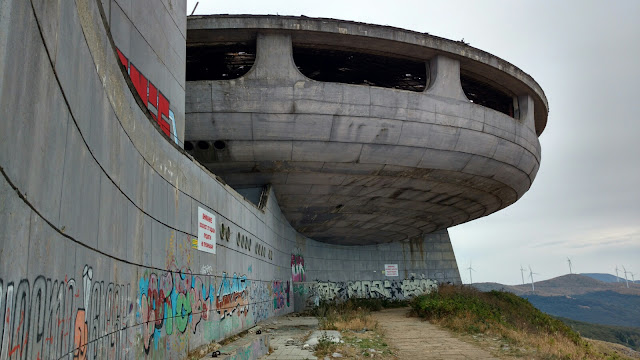 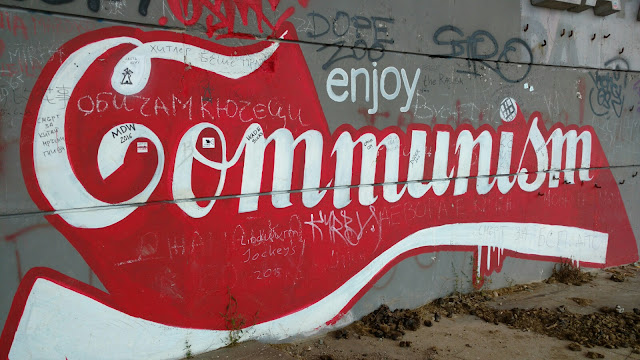 Shipka pass is significant in Bulgarian history for a series of battles between Russians and Ottomans in 1877-78 that ultimately led to Bulgaria being recognized as a nation. The Freedom Monument is located on a peak near the pass. 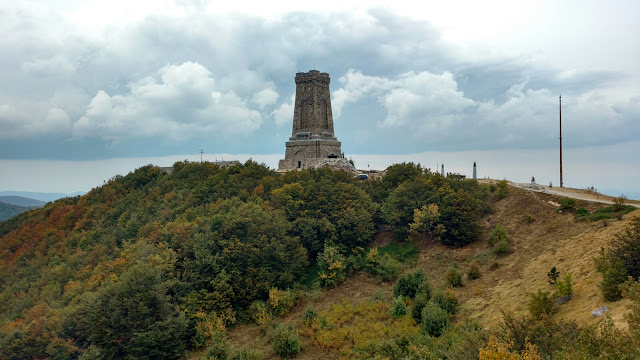 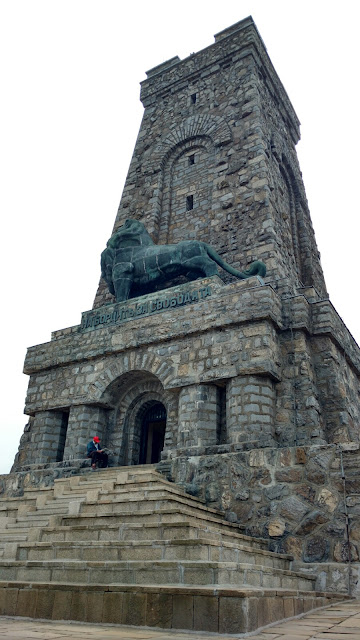 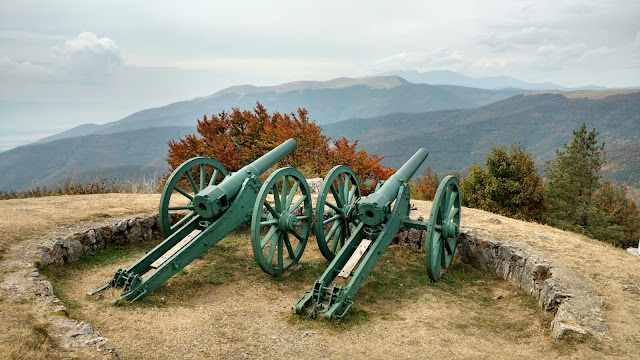 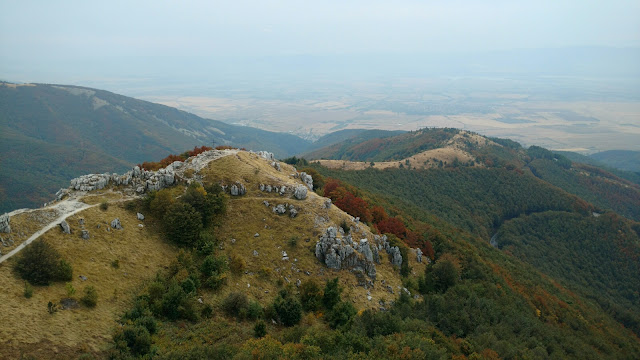 Church of the Nativity in Shipka, dedicated to the Russian and Bulgarian soldiers that died in the 1887-87 Russo-Turkish War. 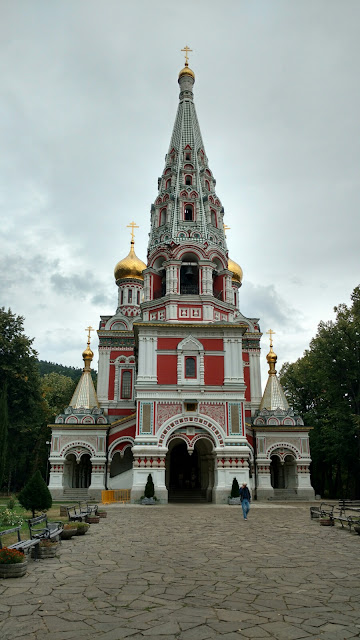 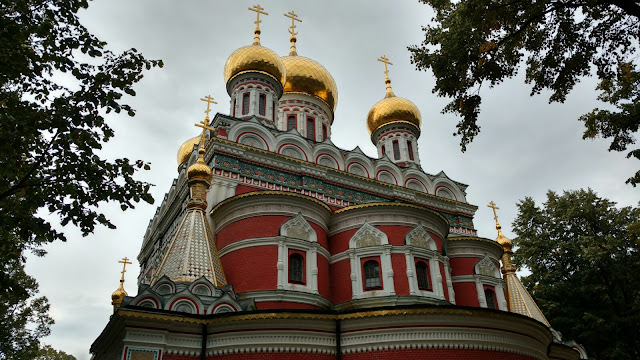 Our room in Kazanlak 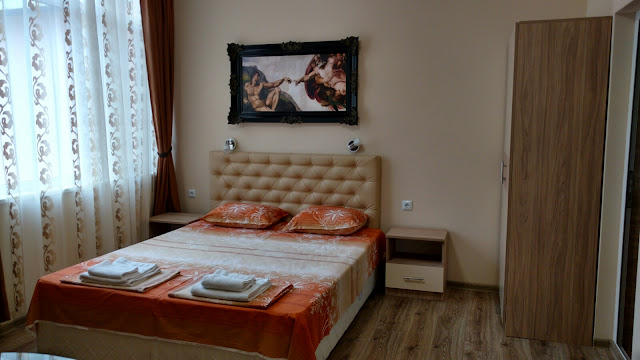