We spent five nights in Veliko Tarnovo. We were there during Bulgaria's Independance Day celebrations so it was quite busy for the first two days. They put on a light and fireworks show the one night that was very spectacular. We were so close to the action that we could feel the fireworks explosions and at times the still glowing ashes were raining on us. Unfortunately, a phone camera can't capture the scene.

The older part of the city is built on the steep hills above bends of the Yantra river. 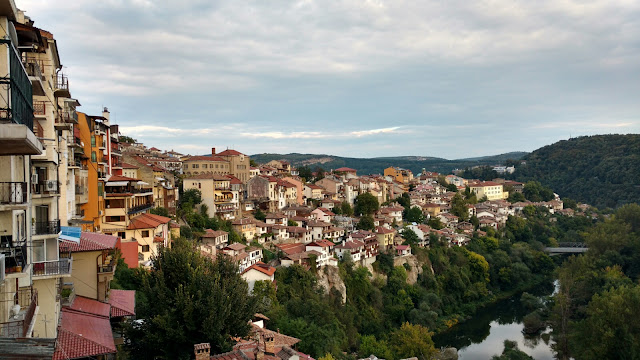 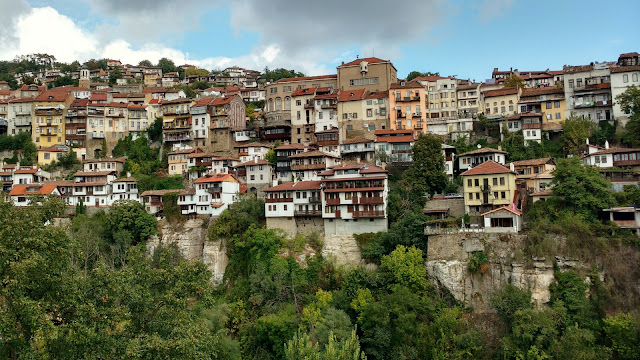 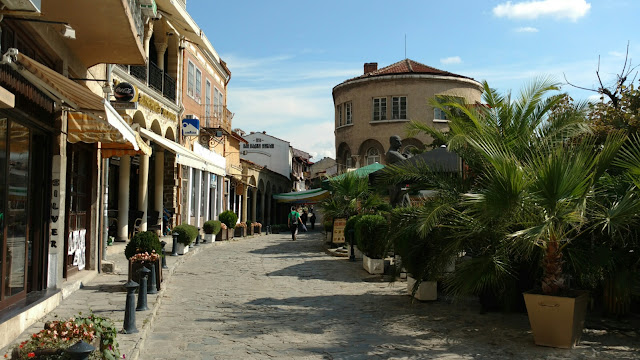 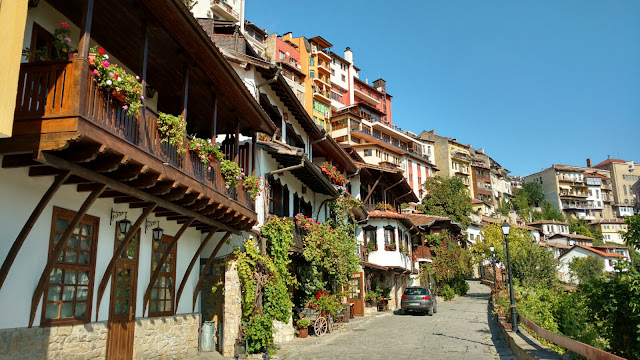 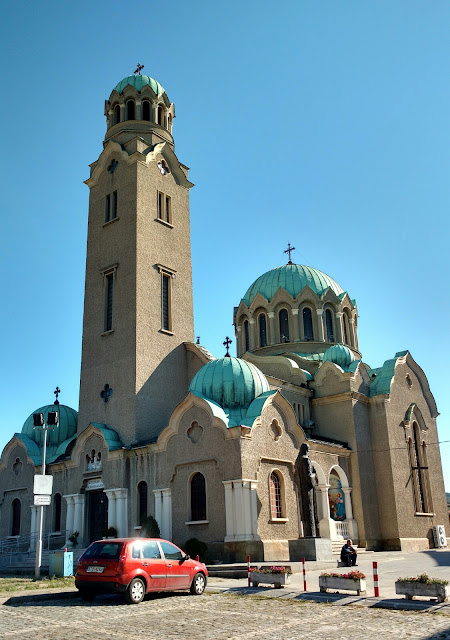 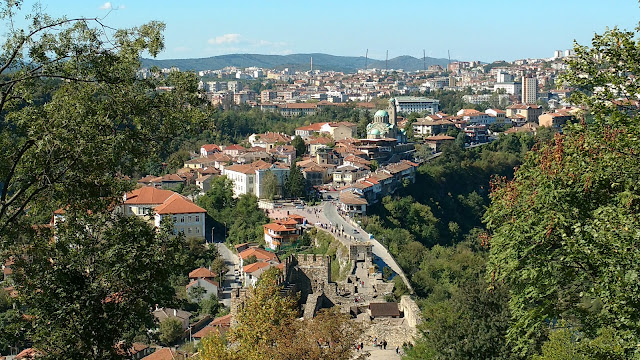 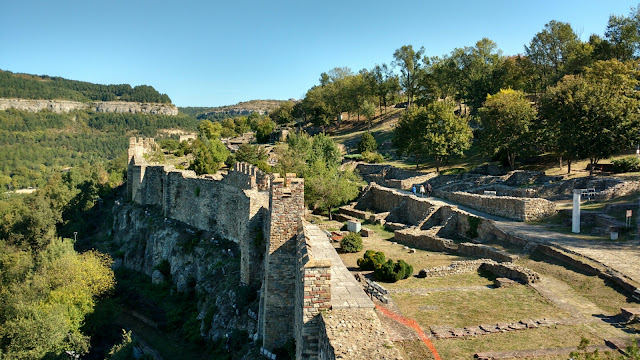 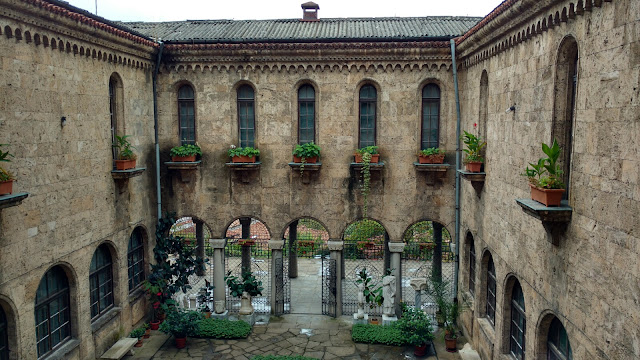 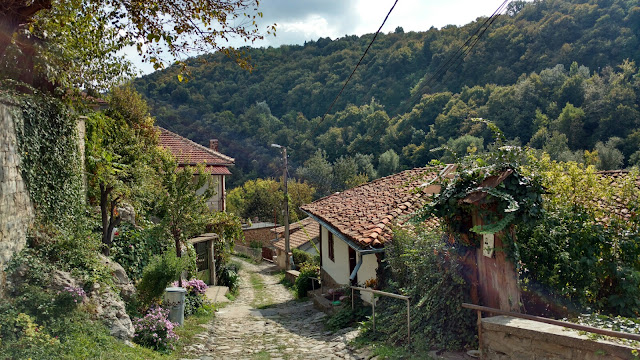 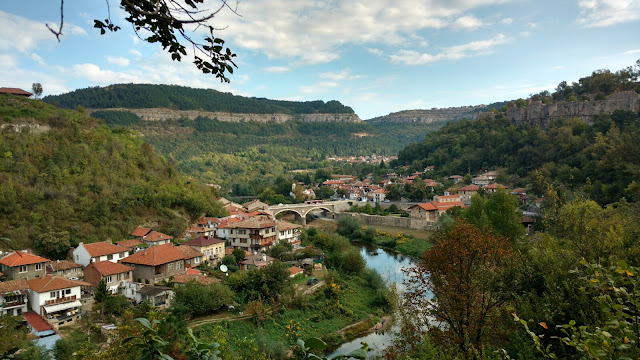 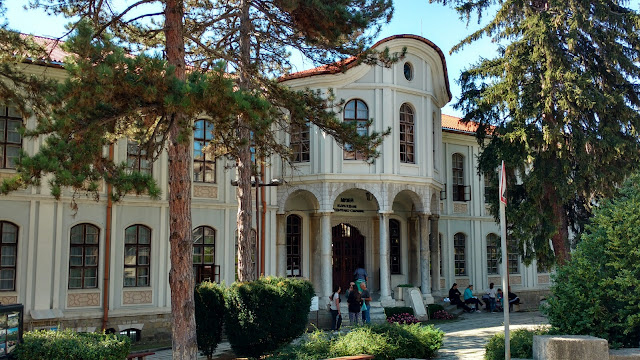 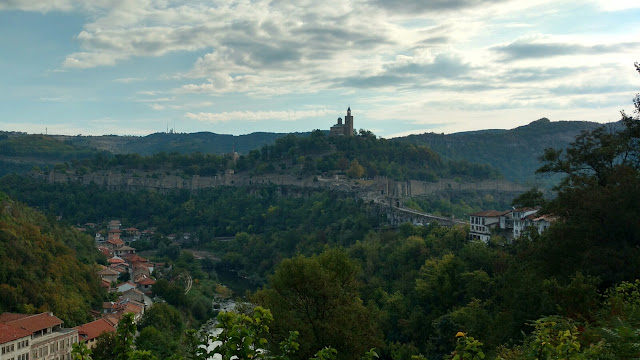