We have really enjoyed the food in Bulgaria, perhaps more then in any other country we have been to. Eating out is very affordable here and we indulge frequently.

The signature Bulgarian salad is the shopska salad. It usually consists of tomatos, peppers, and cucumbers, and is topped with grated sirene cheese (the Bulgarian version of feta, except creamier). 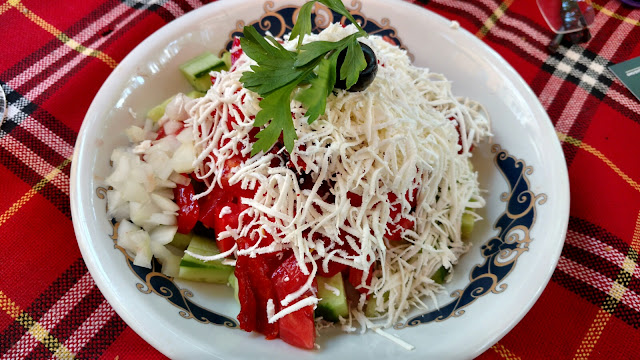 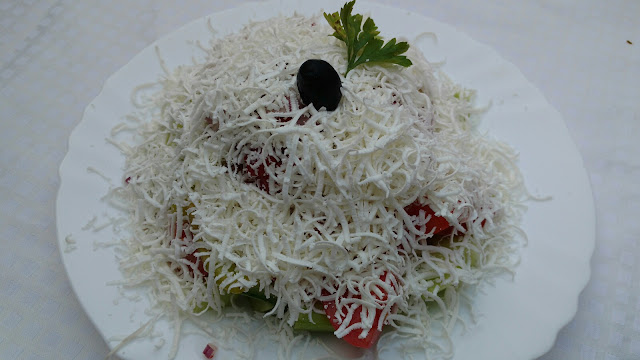 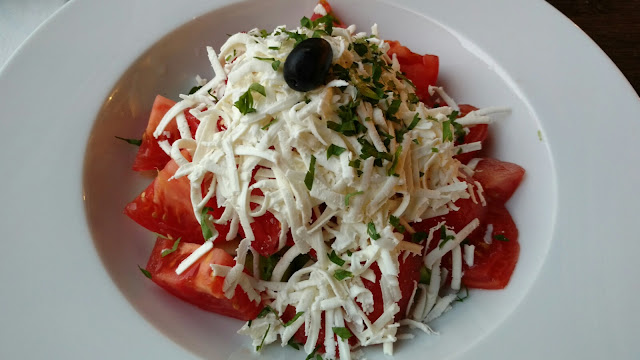 A variation of caprese salad using roasted eggplant and zucchini 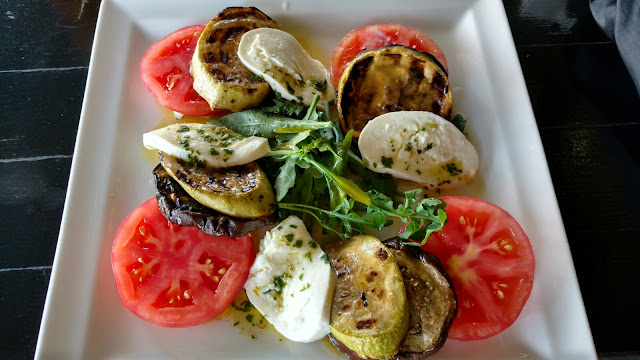 A sampling of other salads we had 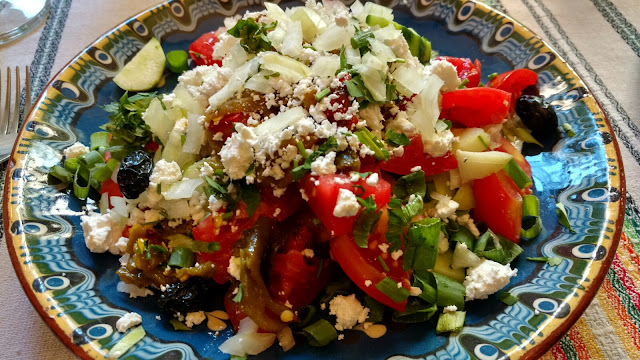 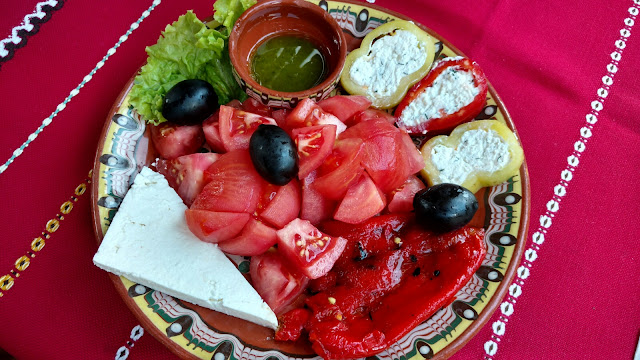 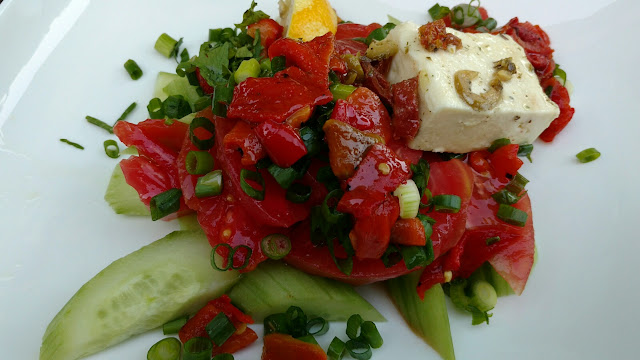 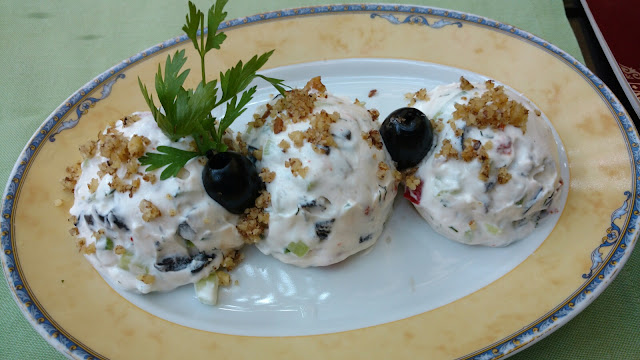 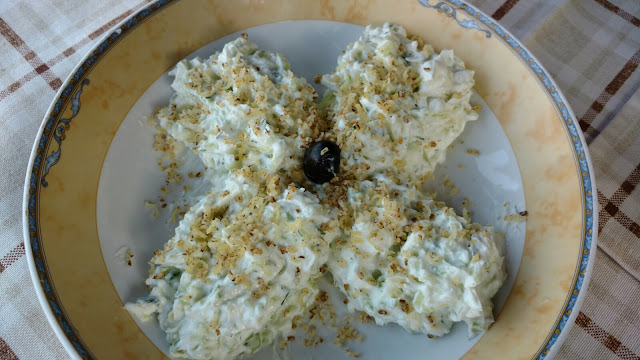 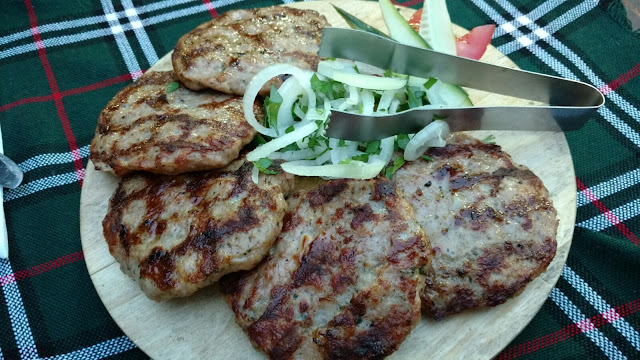 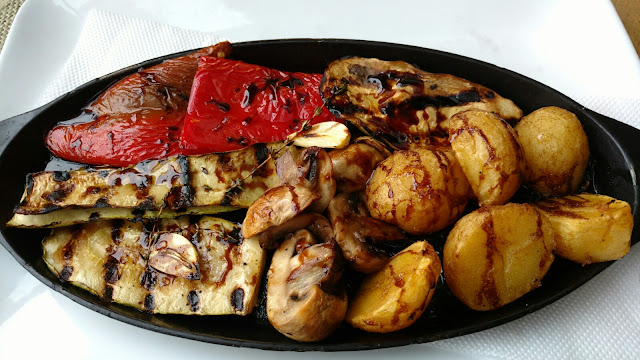 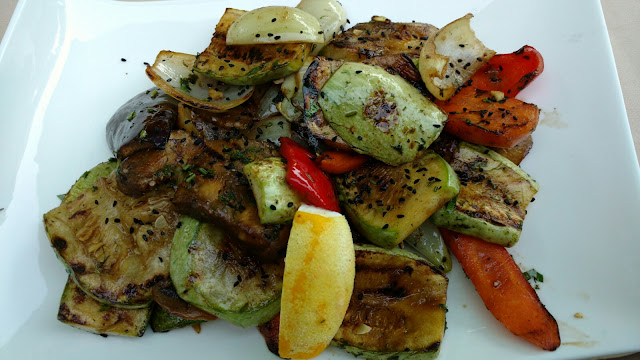 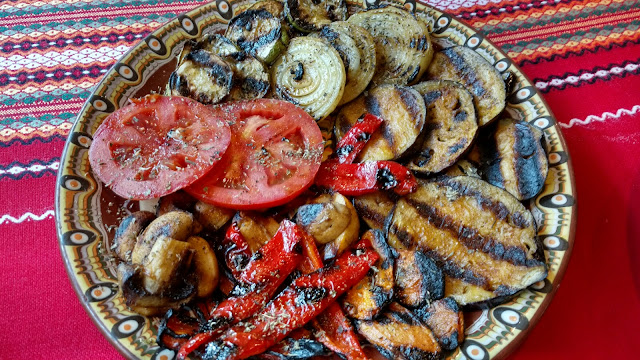 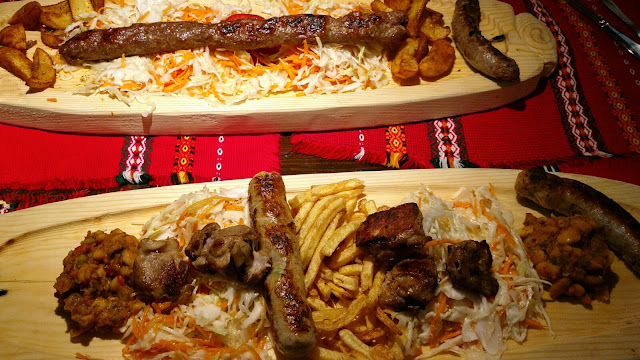 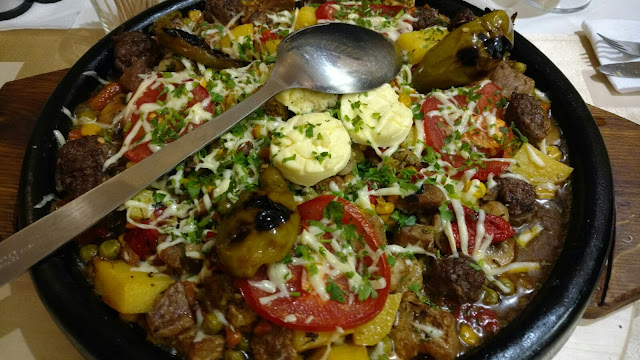 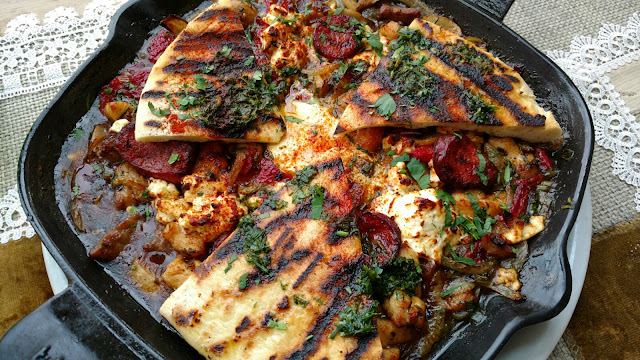 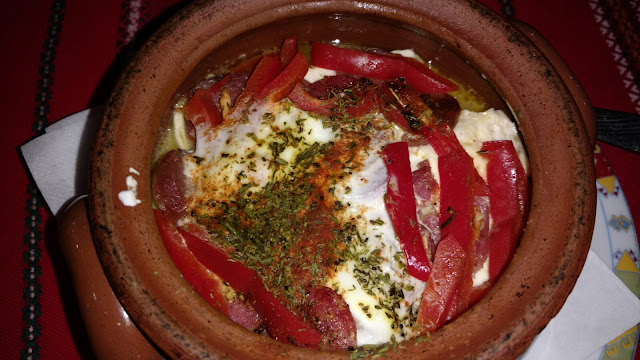 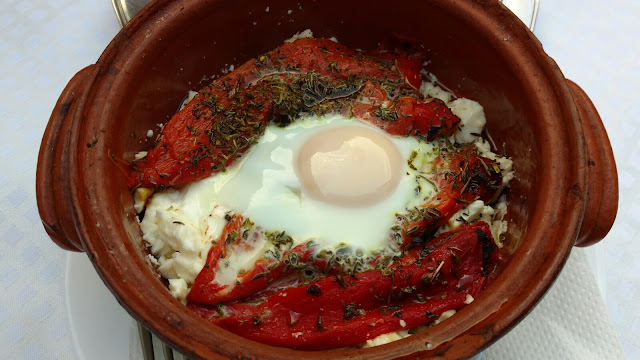 Other dishes we loved 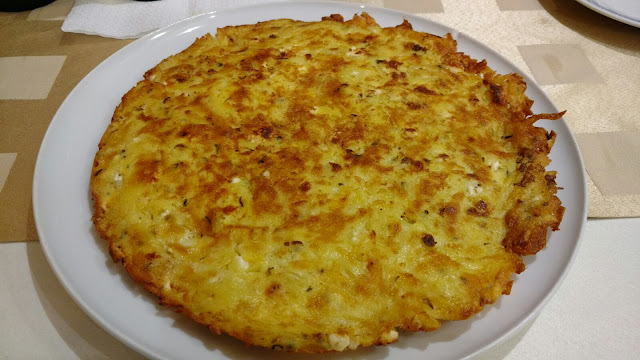 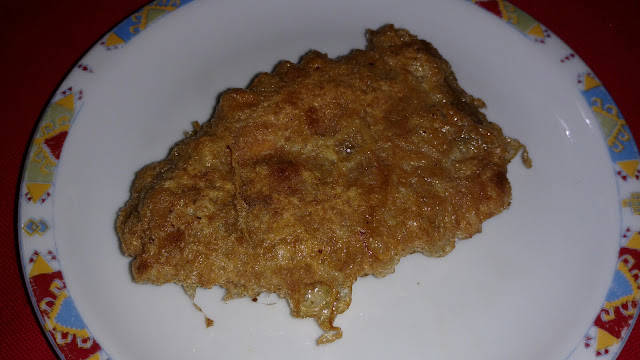 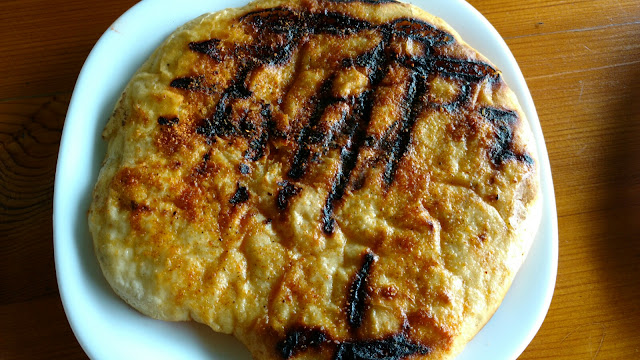 Peppers are very popular in Bulgaria and for sale in large quantities in the produce markets. 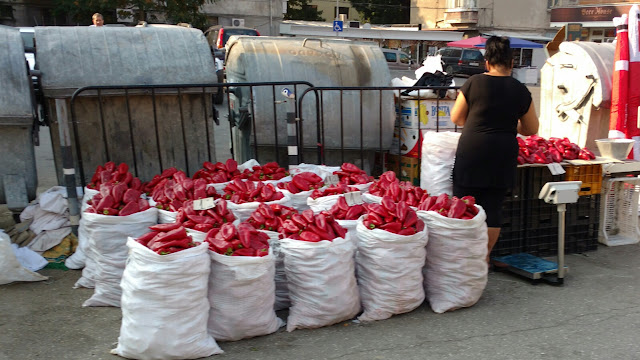 In both small villages or in cities, we would be walking down a street, and all of a sudden we would smell someone roasting peppers.