Today we drove to our next destination, stopping at some points of interest along the way. Although the total distance was only 190 km, the driving time was over 3 hours due to the narrow twisting roads.

Set at the top of a mountain pass, the Arch Monument of Liberty commemorates Russia's role in Bulgaria's independance in 1878 and the Soviet invasion in 1944. 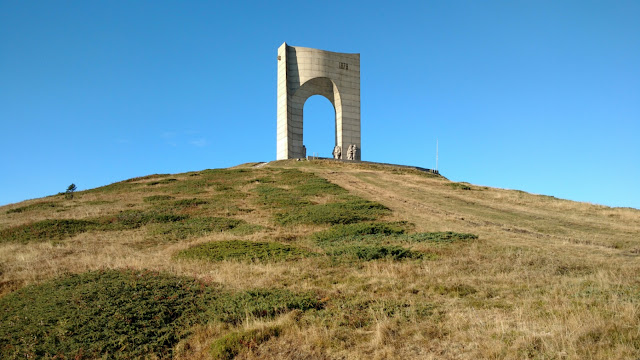 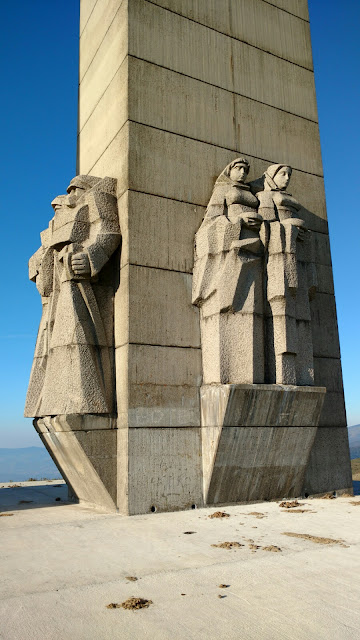 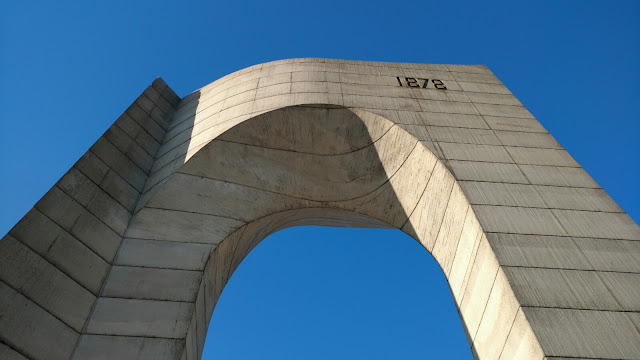 Views from the Beklemeto pass 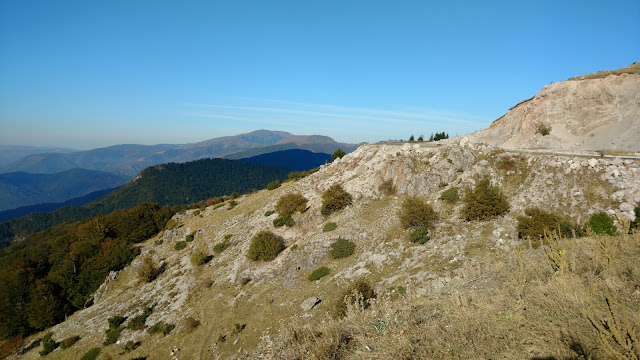 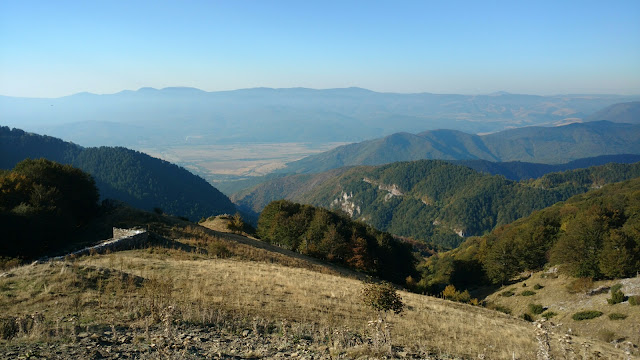 The village of Koprivshtitsa is known for its traditional Bulgarian National Revival houses and was a centre of the 1876 April Uprising that set in motion the events that led to Bulgaria's independance. We visited six house museums and a historical school house. 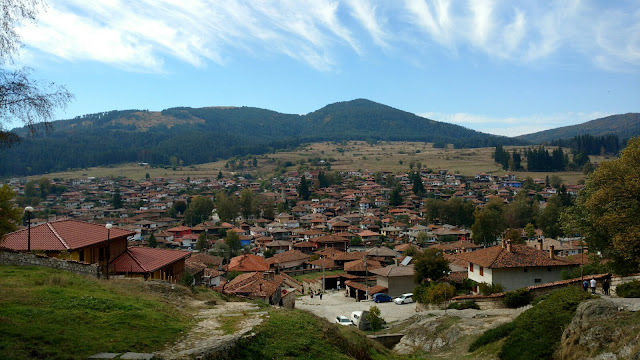 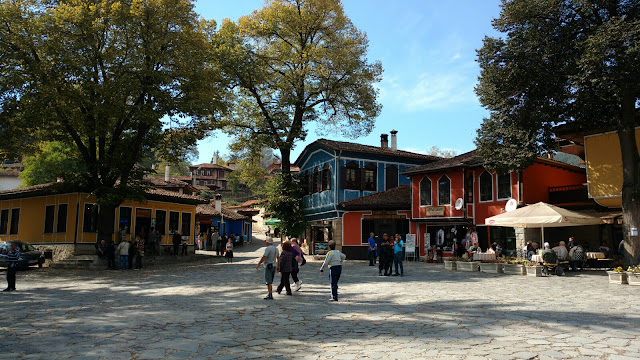 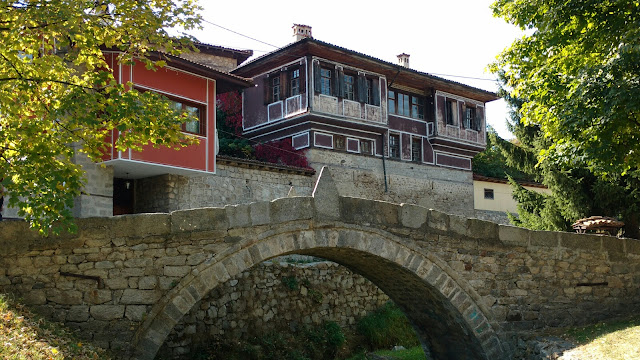 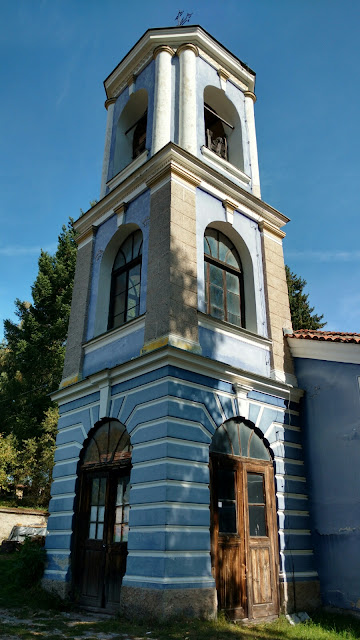 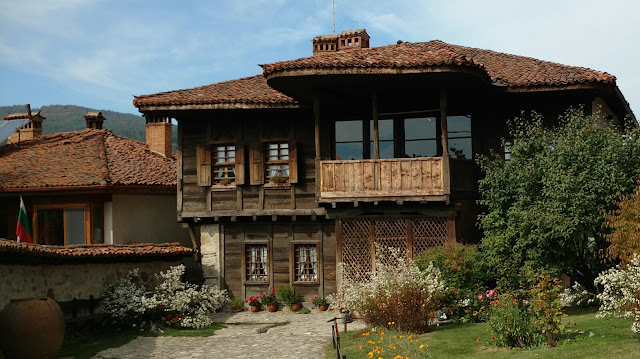 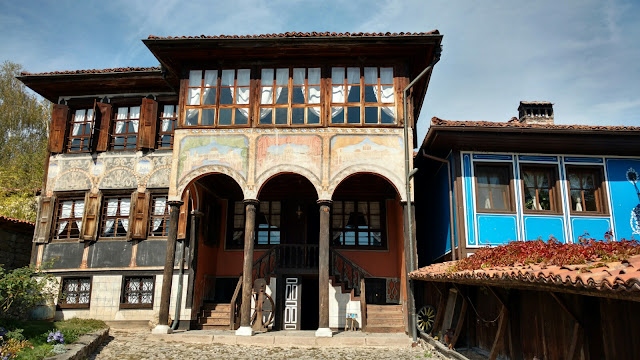 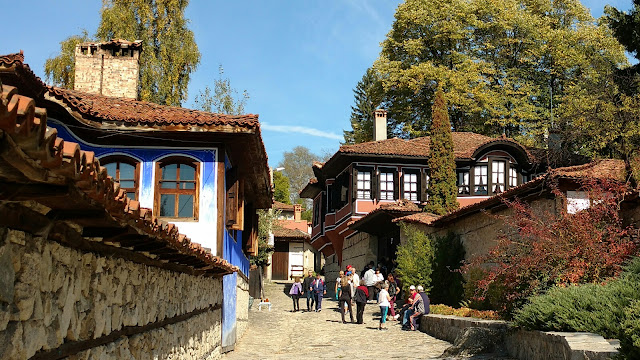 Hisarya is a laid back town with a big park and Roman ruins visible everywhere. 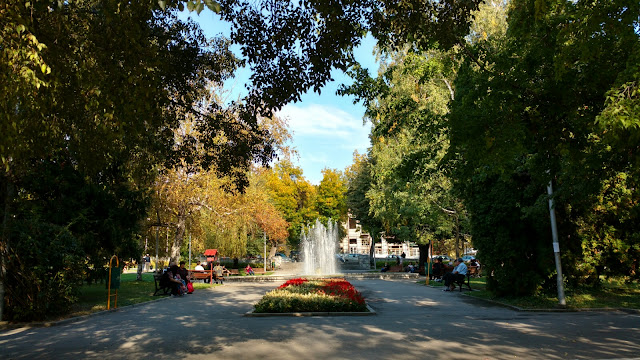 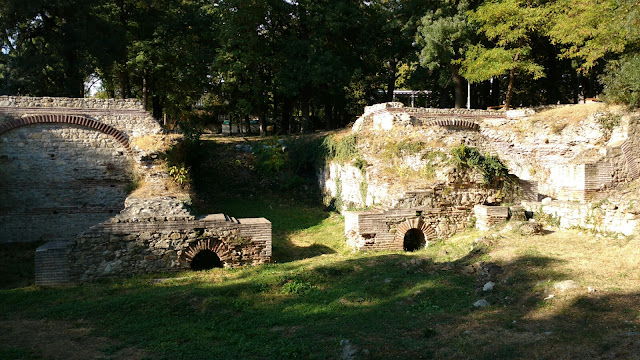 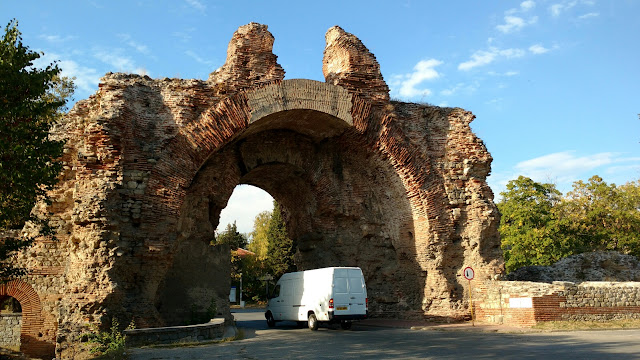 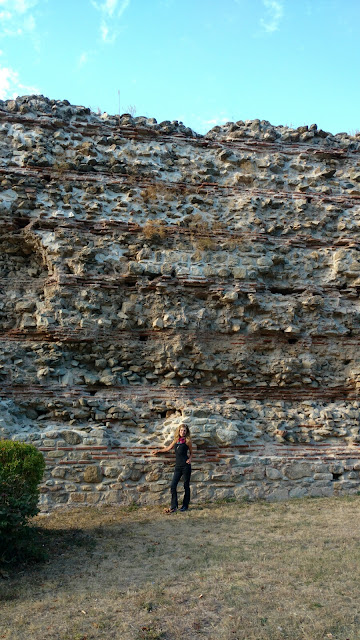 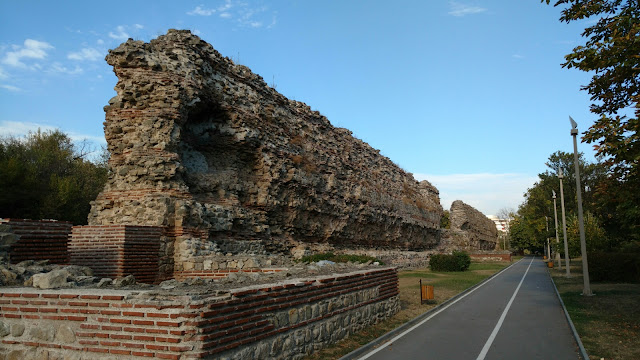 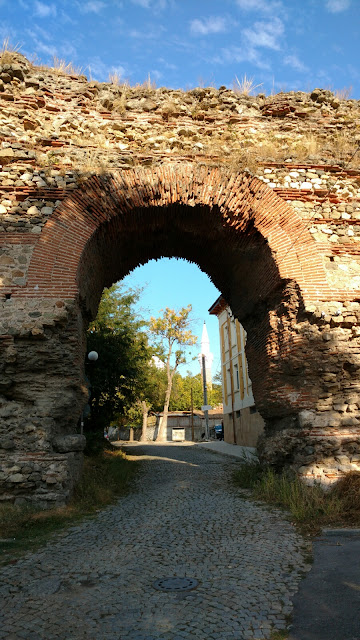