The Seven Rila Lakes are the iconic Bulgarian mountain hike. The lakes are situated in an alpine area at between 7,000 and 8,000 ft. elevation. We had wanted to hike the Seven Rila Lakes when we planned our trip, but were not sure what the weather would be like this late in the season.

We drove to the chairlift, hoping the it would still be operating and that the weather would cooperate. It was just around freezing at the bottom, and when we got to the top of the chairlift the wind was blowing and we could see snow at higher elevations. We started on the trail, and very soon it was white all around. The trails were in poor condition (ice, overflowing creeks with no bridges, and later in the day, wet and muddy. However, the scenery was spectacular! In the end, we managed to see five of the seven lakes and made in down safe and sound even though we weren't really properly equipped for the conditions. And now that we're in our warm hotel room, it's a good memory and we're glad we did it. 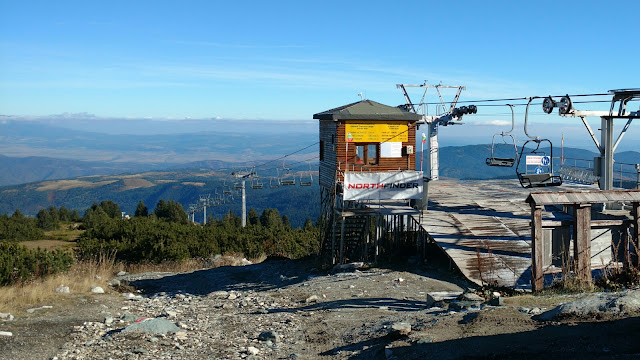 Mountain lodge at the top of the chairlift 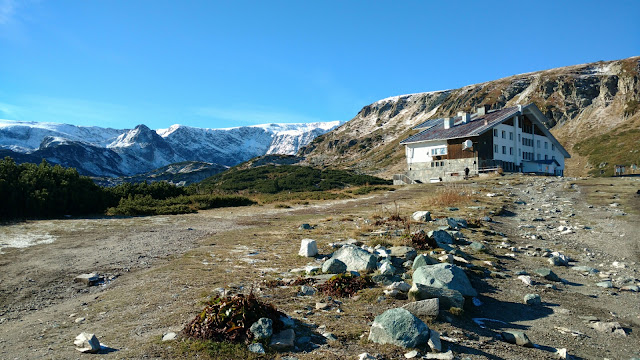 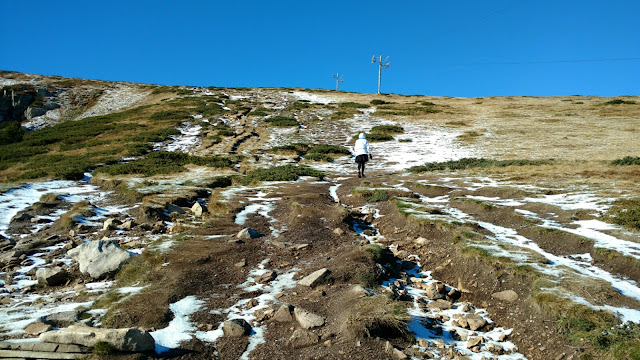 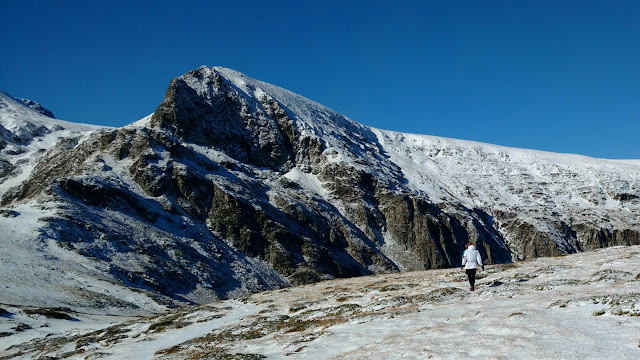 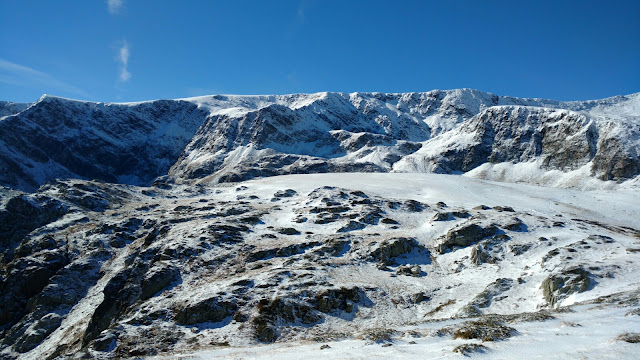 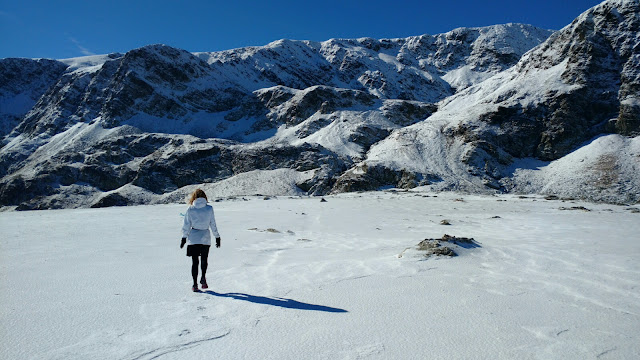 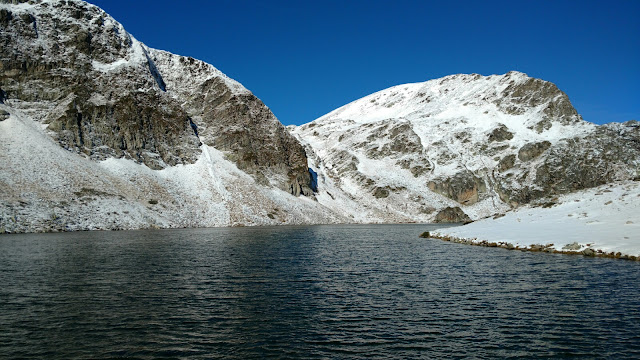 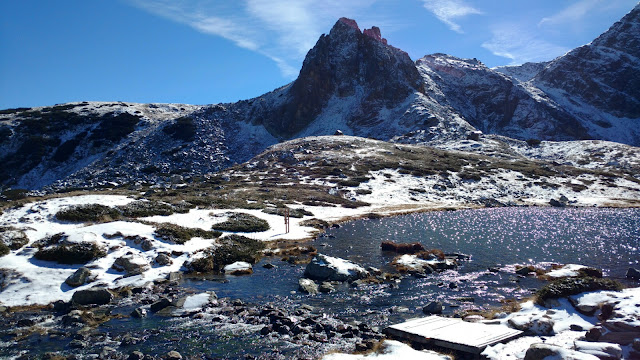 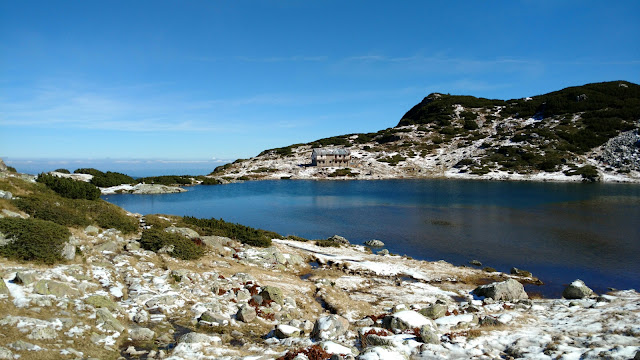 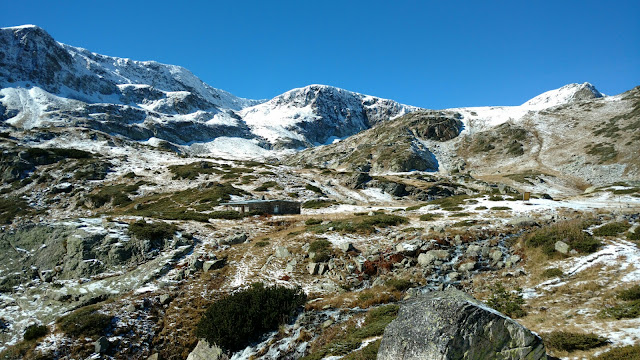 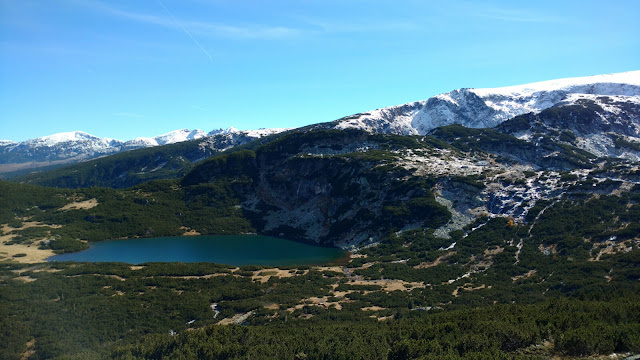 Looking towards the lodge at the upper chairlift station 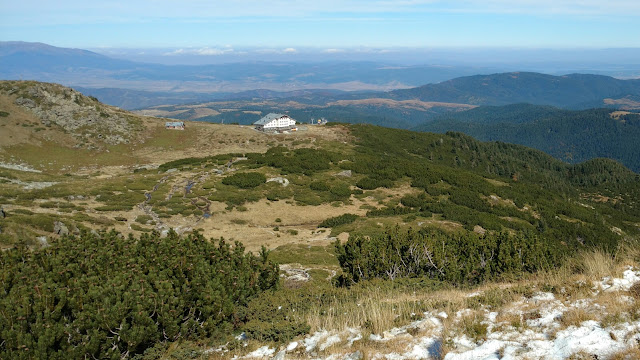 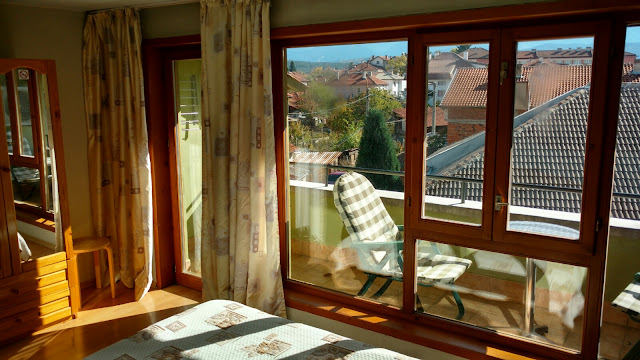