We spent two nights in Gori. It has a ruined fortress on a hill right in town, and the cave town Uplistsikhe and an ancient church are both in the vicinity. But Gori's claim to fame is that it is the birthplace of Stalin.

At one end of a park is the large Stalin museum. The Lonely Planet guide book says "The museum makes no serious attempt to present a balanced account of Stalin's career or deeds. It remains, much as when it opened in 1957, a reverent homage to the Gori boy who became a key figure of 20th-century world history" 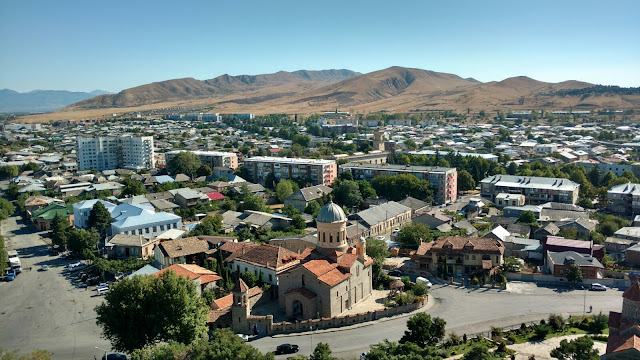 Tower of the Stalin museum 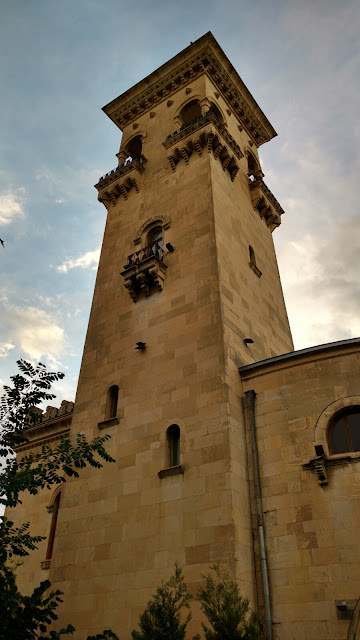 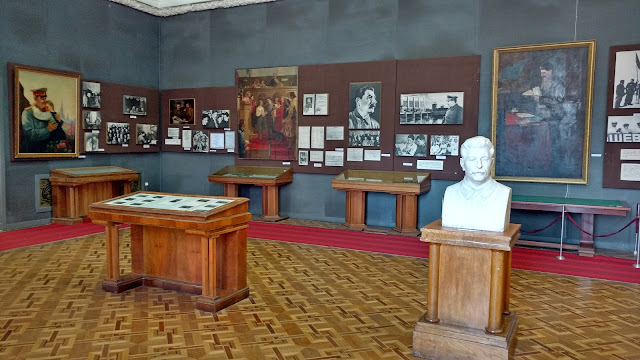 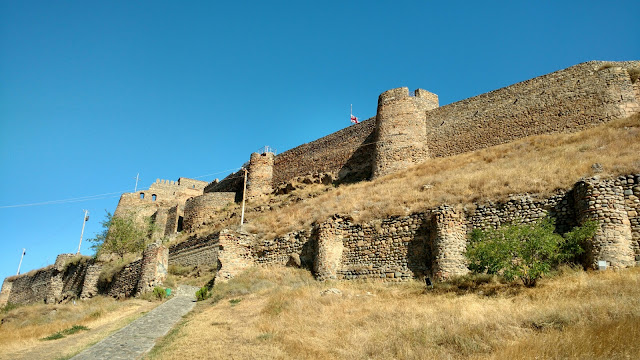 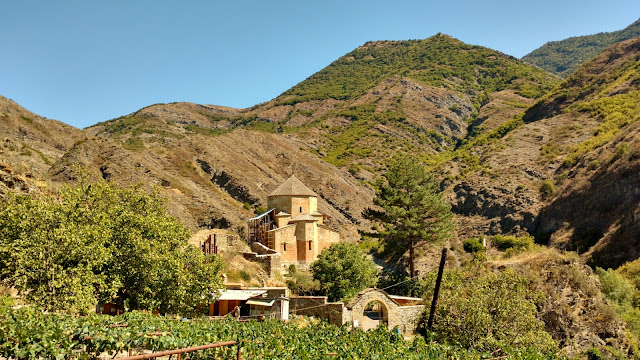 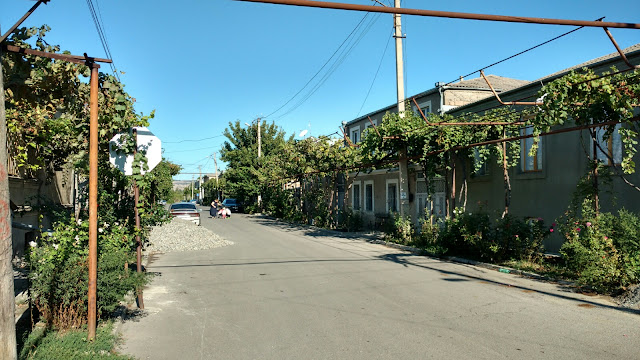 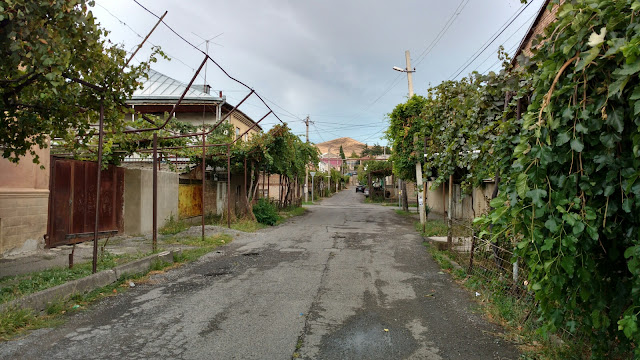 The park at the centre of town 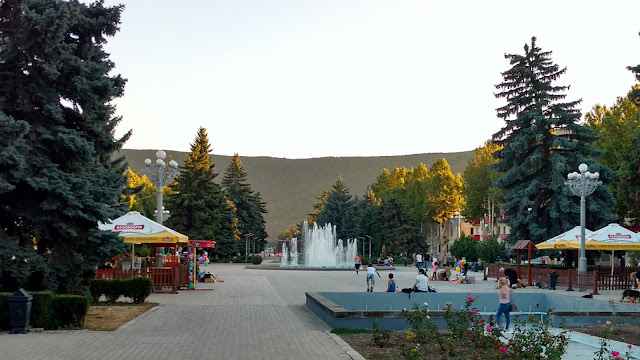