Our first stop in Armenia was Gyumri, the second-largest city in the country. It was terribly damaged in a 1988 earthquake in which an estimated 25,000 to 50,000 people died (out of a population of 200,000). There still are some buildings in ruins. 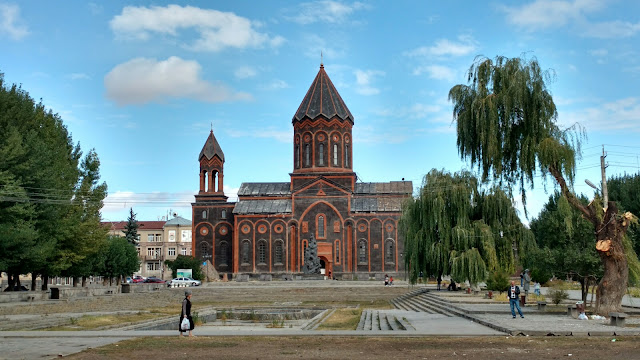 Monument to the victims of the 1988 earthquake 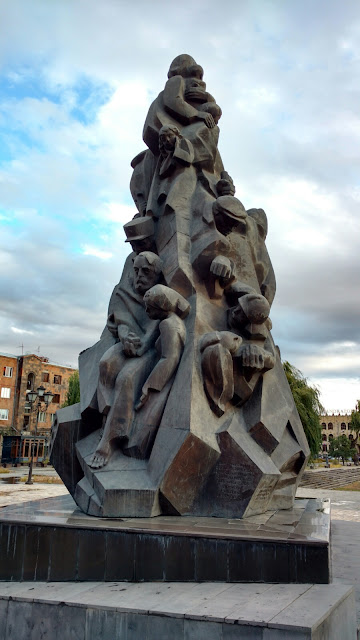 Typical streets in the old part of town 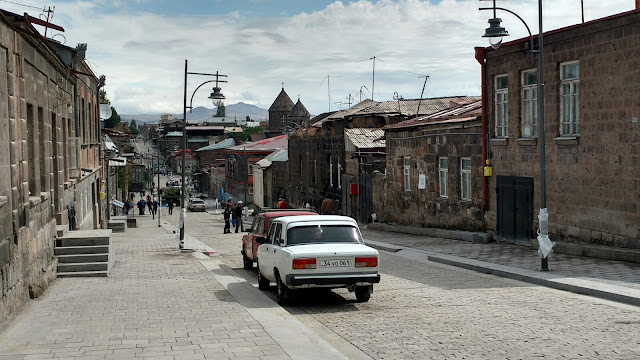 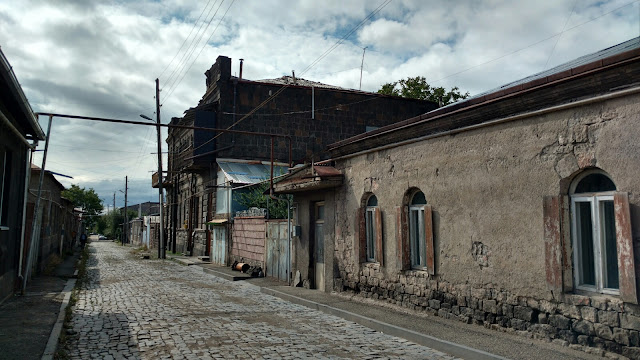 Sculpture in the city park 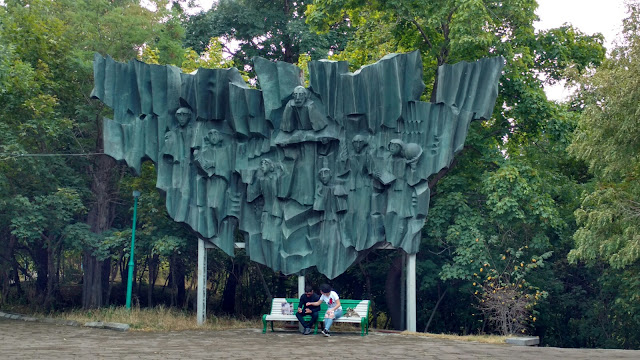 Fresh fruit and vegetables in the market 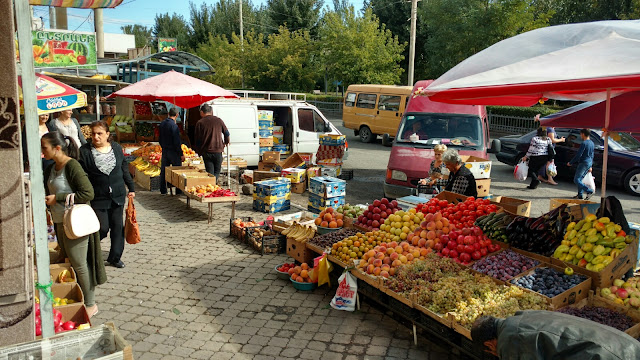 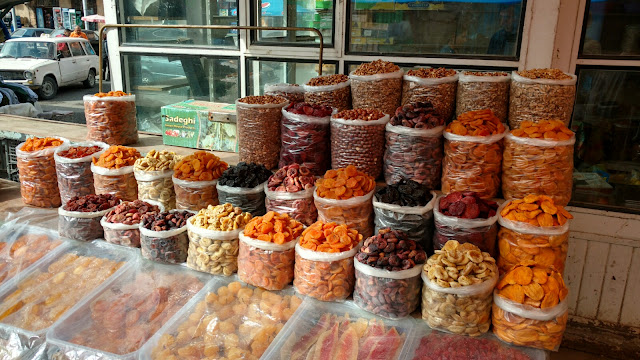 Typical buildings in the old part of Gyumri 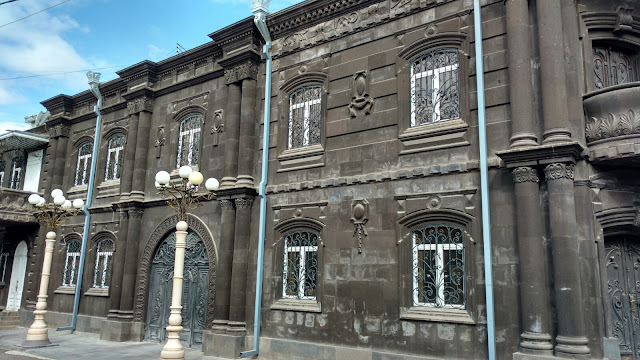 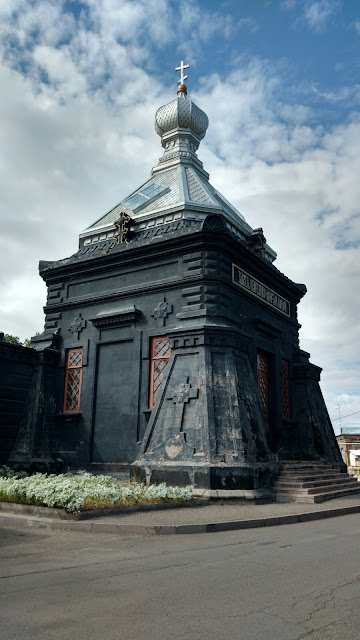 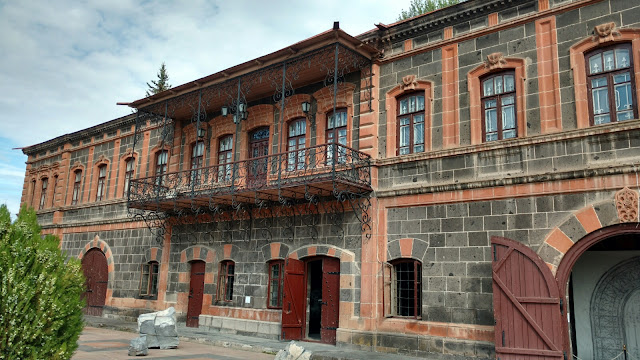