We were in Kyiv for 9 nights. During that time we took two walking tours, a trip to an open-air museum, and a day trip to the Chernobyl "exclusion zone". And the rest of the time we walked our legs off, of course!

Here are a few of the things we saw while in Kyiv: 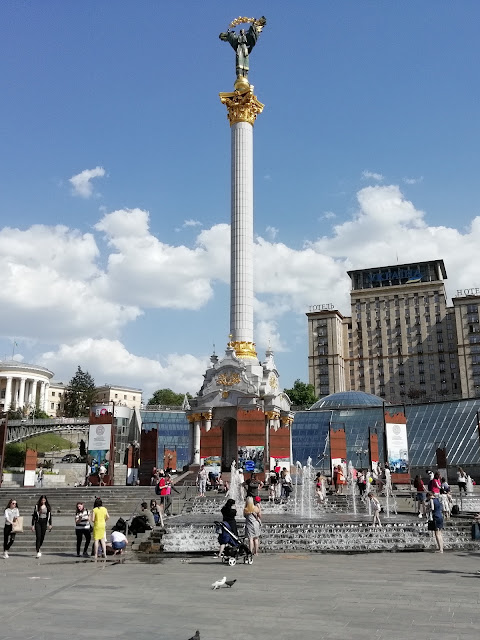 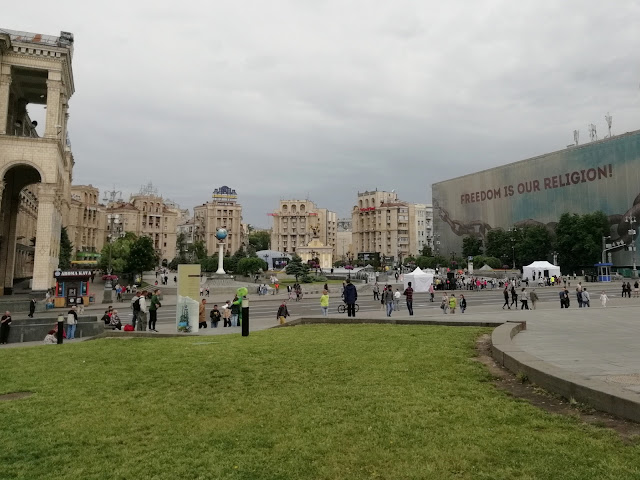 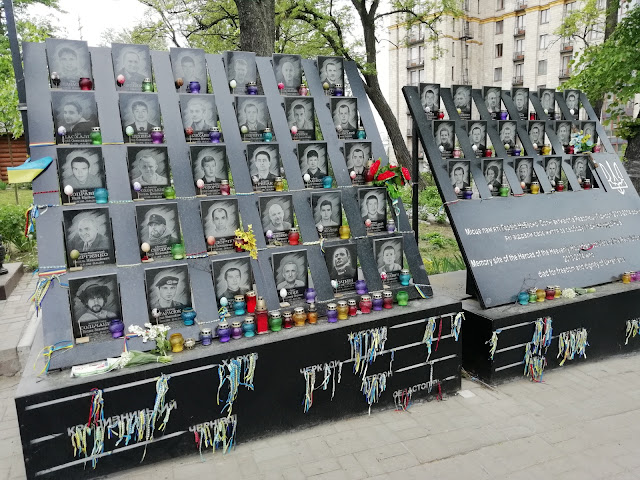 At night there is a music and light show with the fountains. 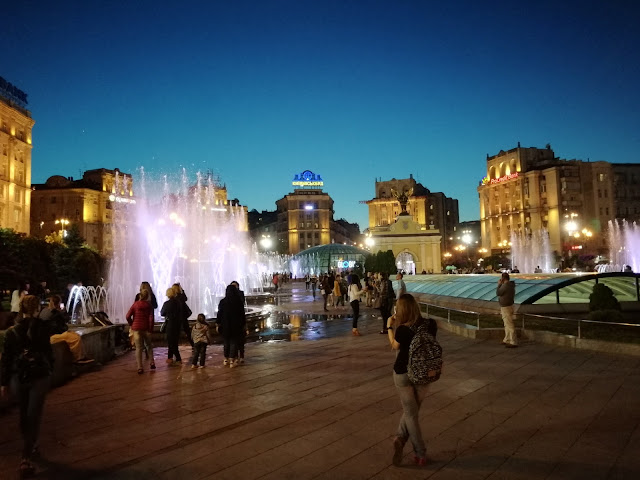 Buildings along Khreshchatyk, the main boulevard of Kyiv 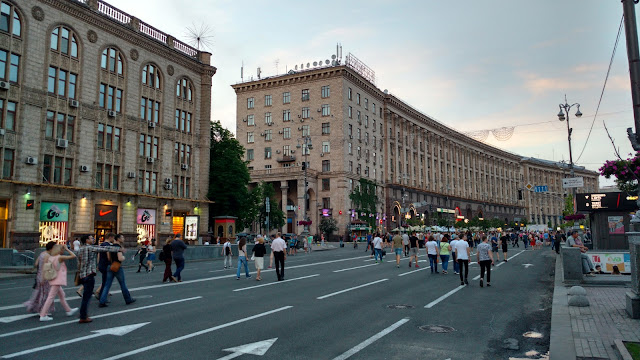 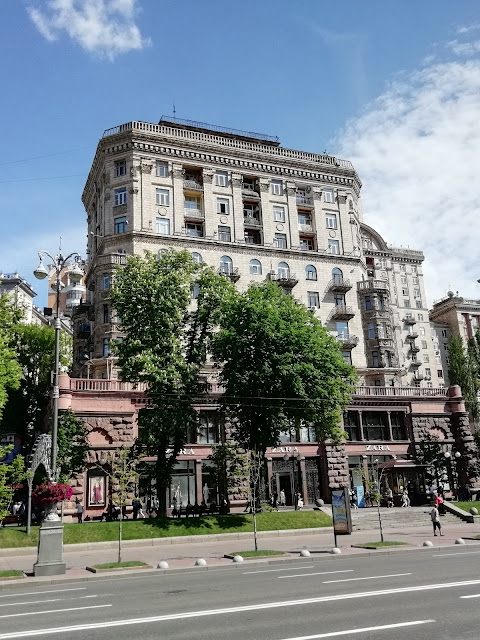 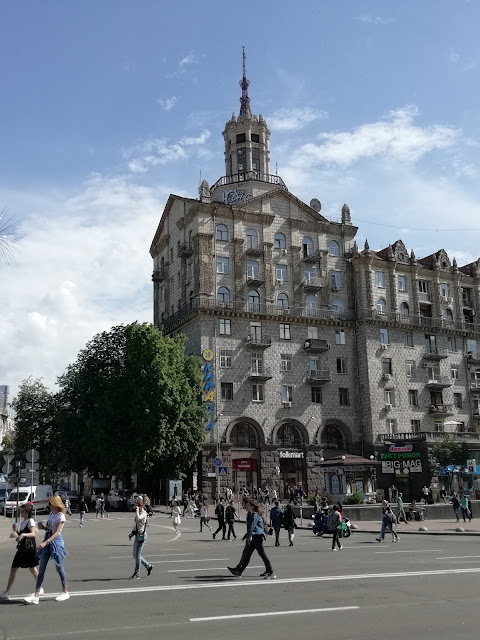 Dormition Cathedral, destroyed in WWII and rebuilt in 2000. 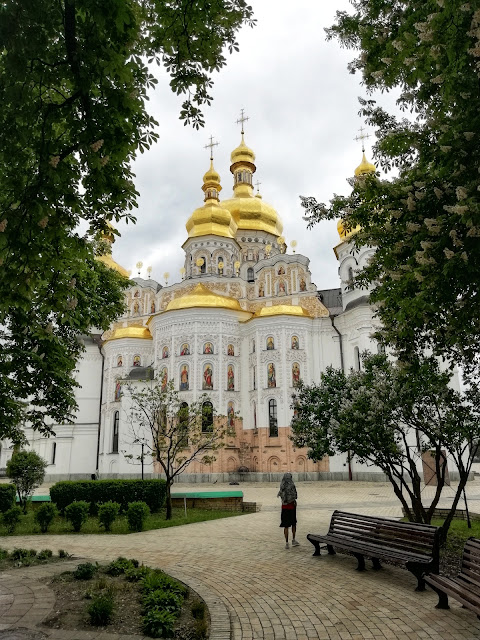 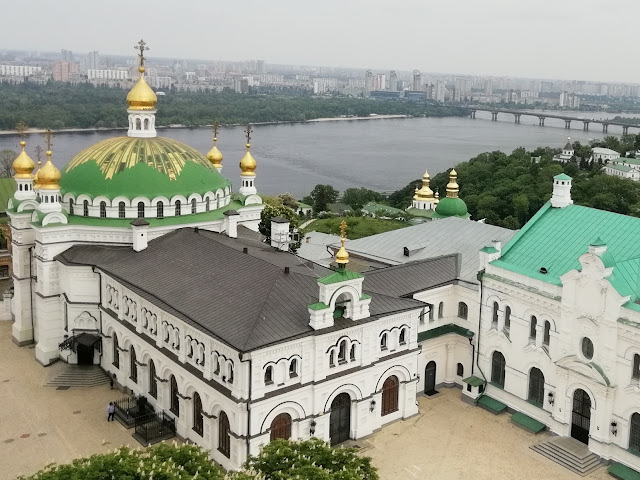 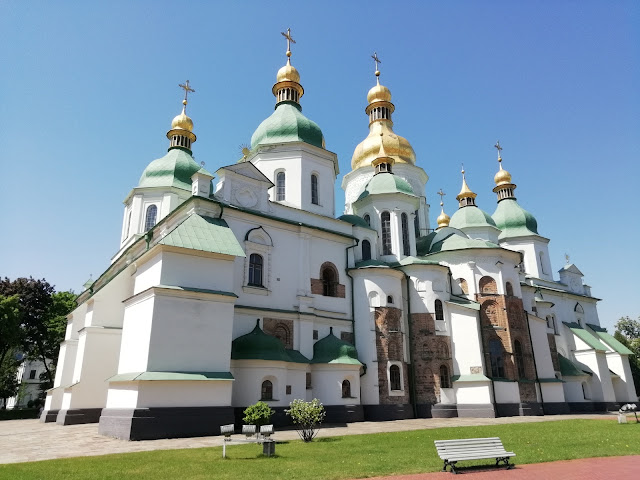 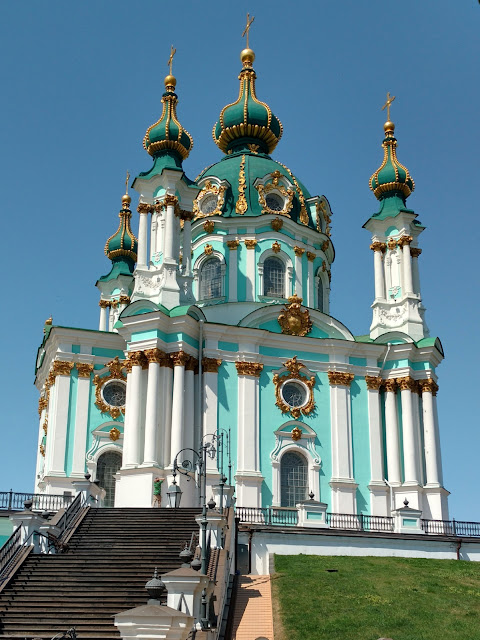 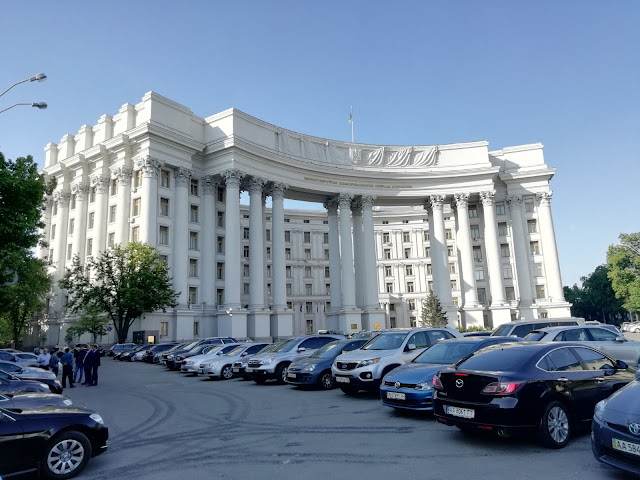 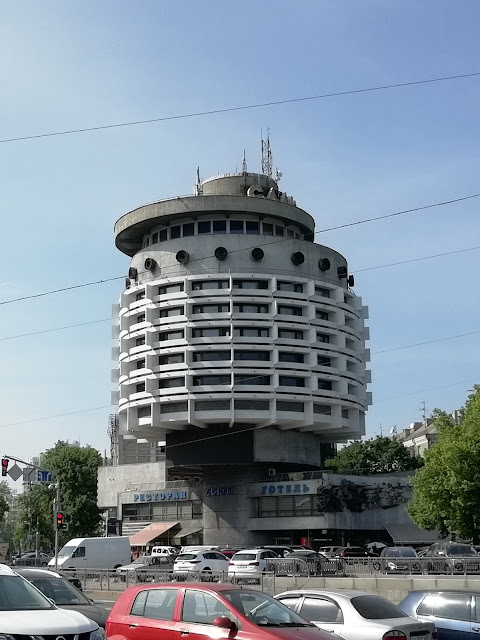 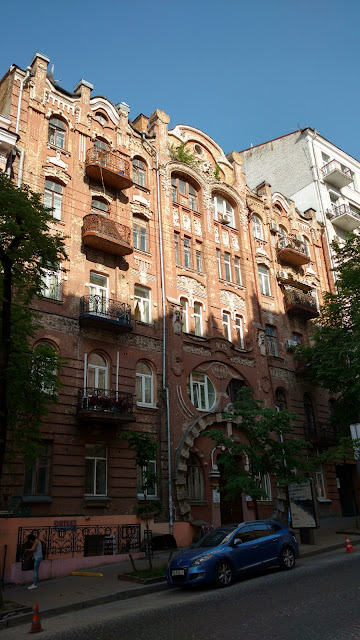 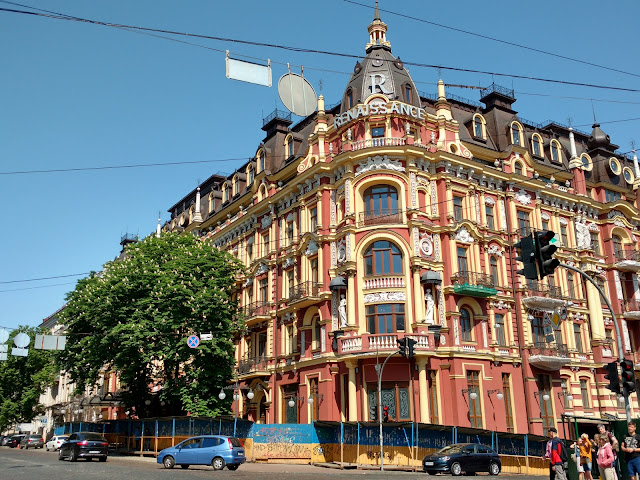 One of many parks 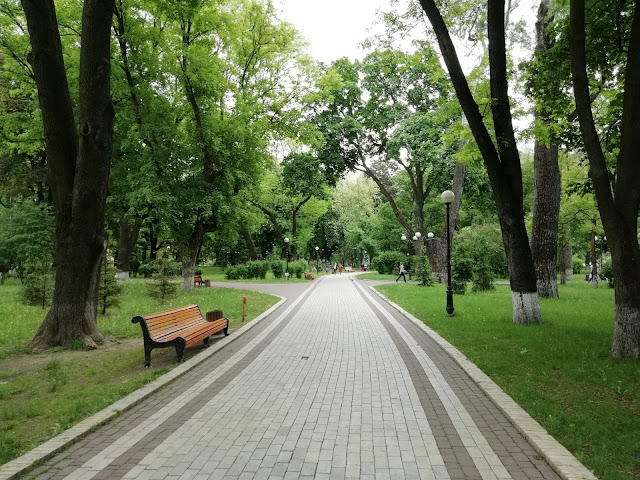 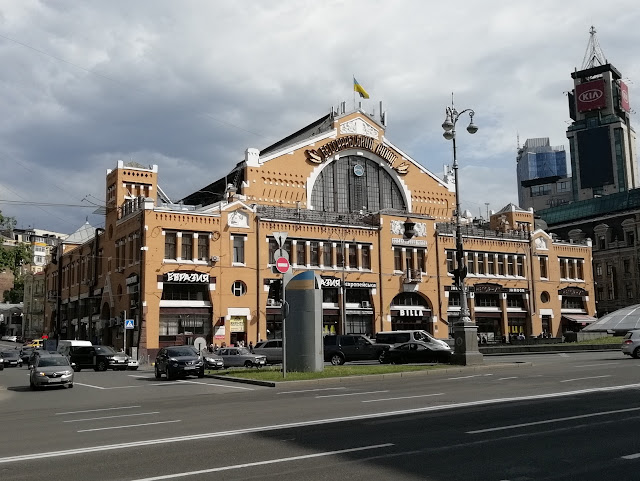 Statue in front of the Holodomor Museum, which is devoted to the famine created by the Soviet government that killed millions of Ukrainians in 1932 & 1933.
Wikipedia 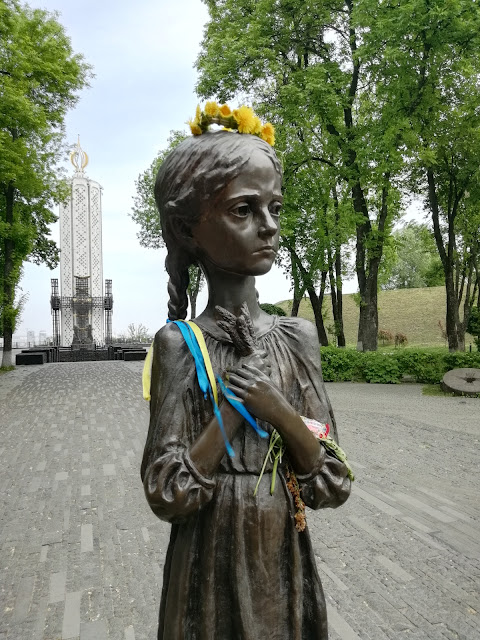 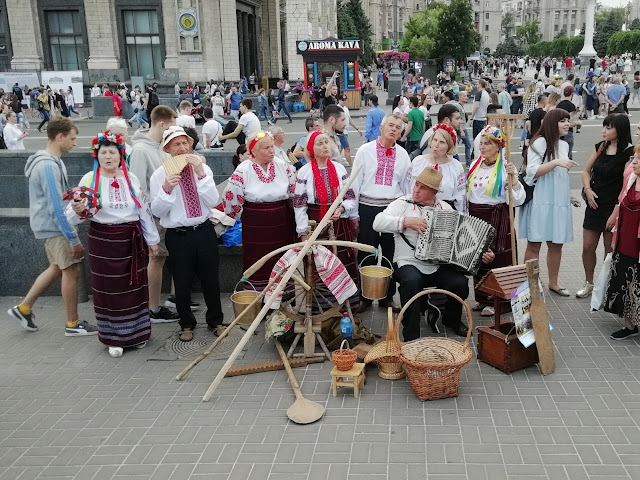 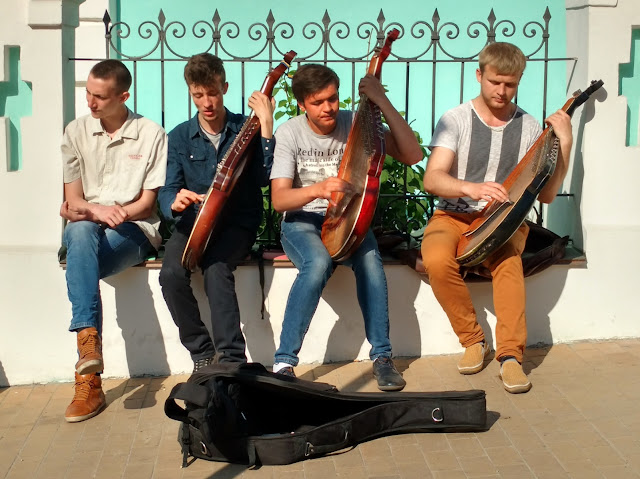 Kyiv has the deepest subway station (346 ft) in the world. It takes two very long steep escalator rides to get to the bottom. 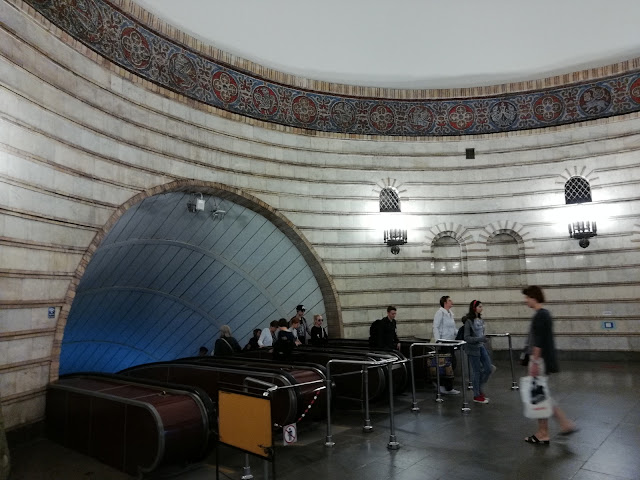 Some of the stations are also quite fancy. 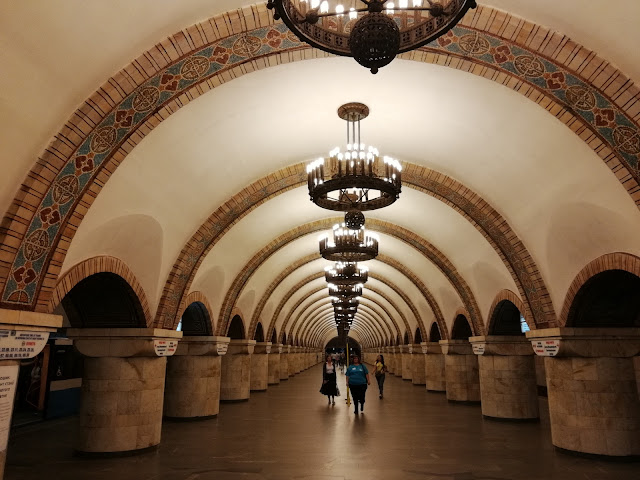 The founders of medieval Kiev 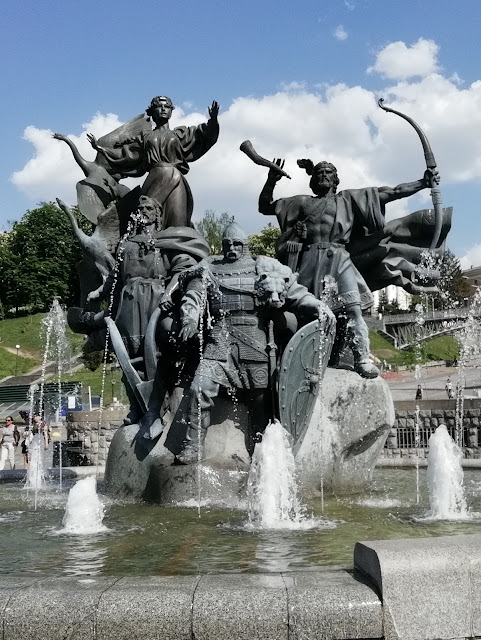 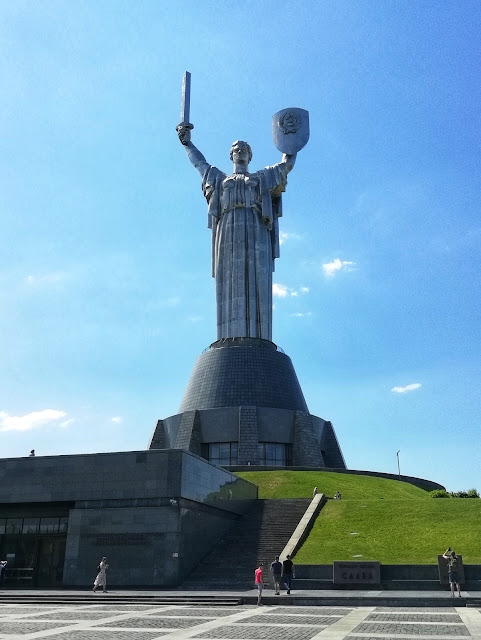 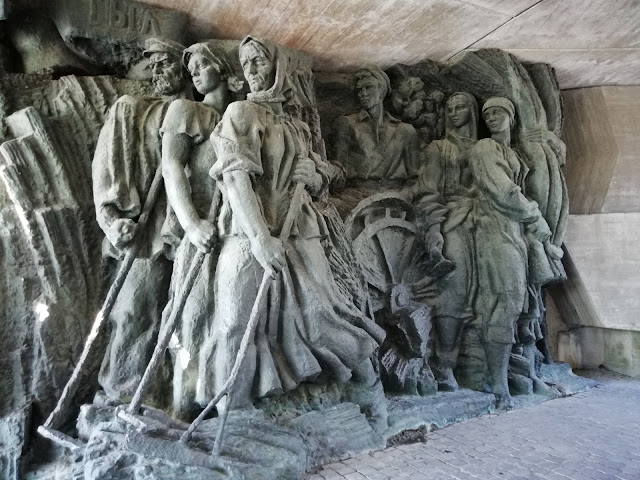 A mural of more recent vintage 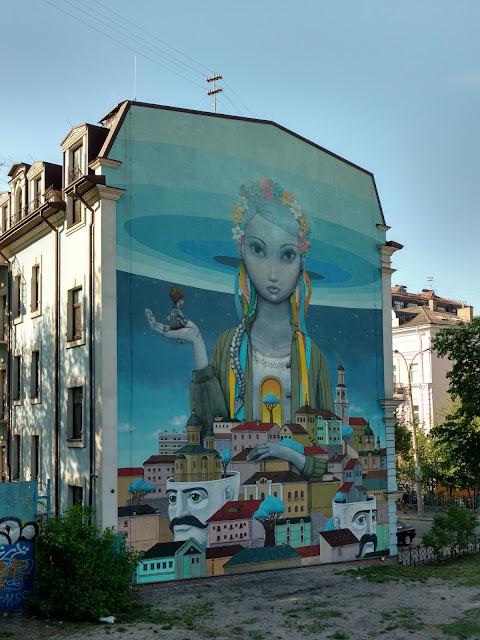 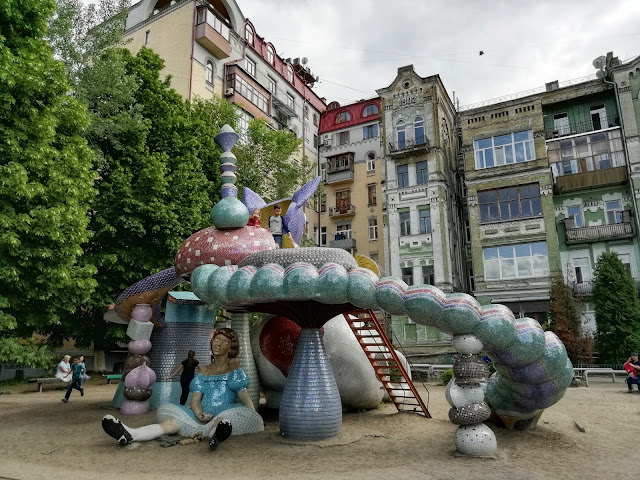