A Mennonite house built in 1909 in Franzfeld (now part of Nikolaipole). It is currently the home base for a couple from Manitoba who are working with young adult orphans on a demonstration farm. 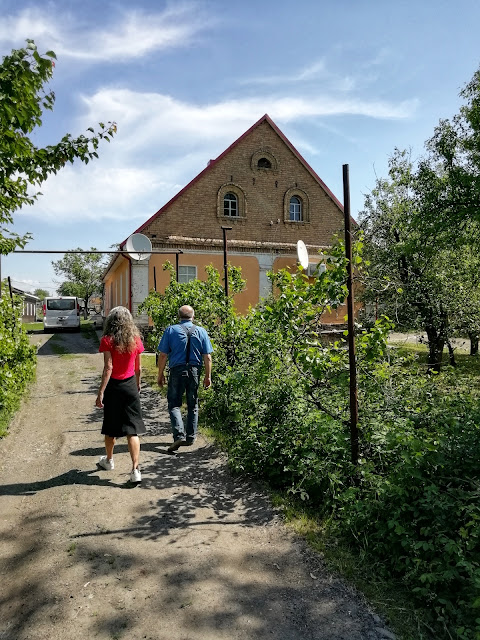 Former Mennonite Secondary School in Nikolaifeld (now also part of Nikolaipole). The building is still being used as a school. 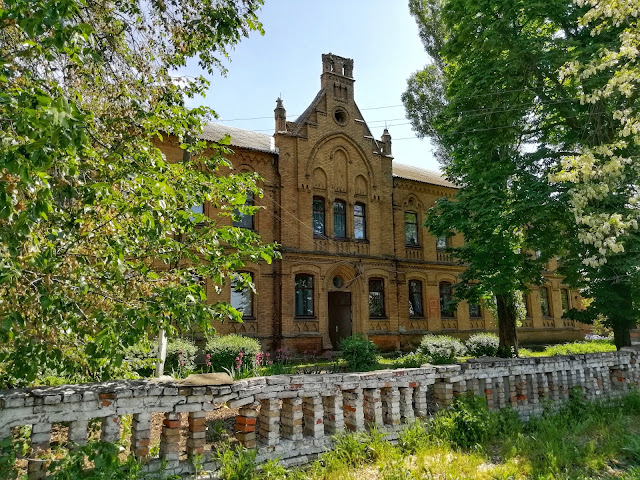 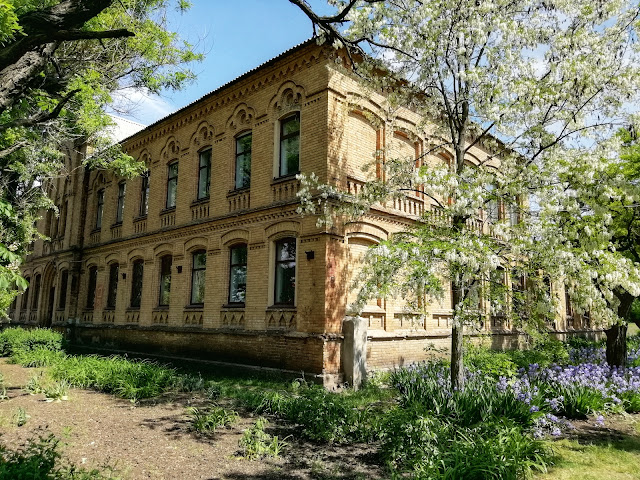 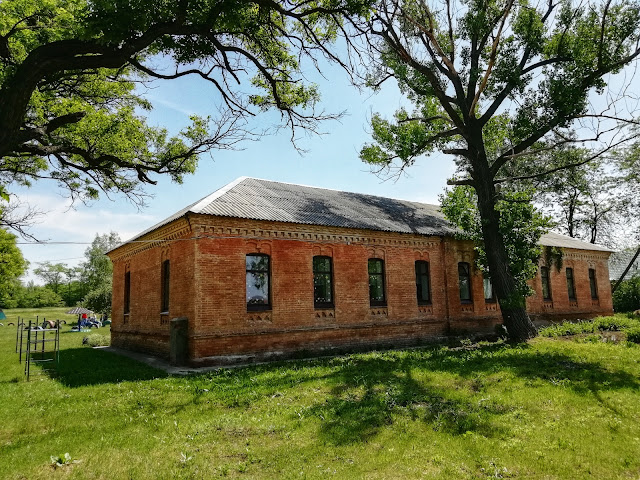 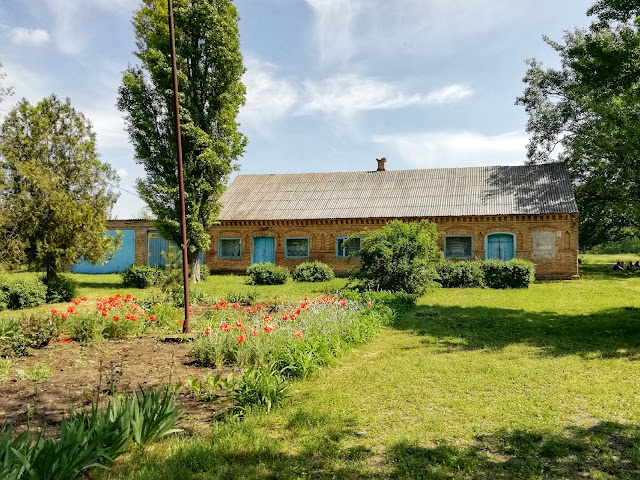 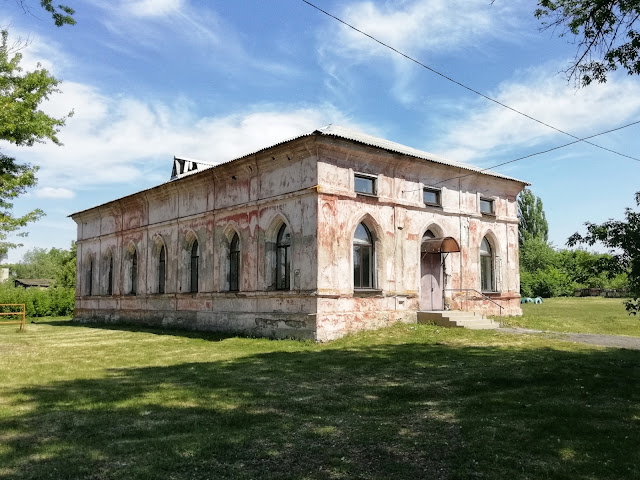 The village of Neuendorf (now Shirokoye), where my paternal grandparents lived before coming to Canada. 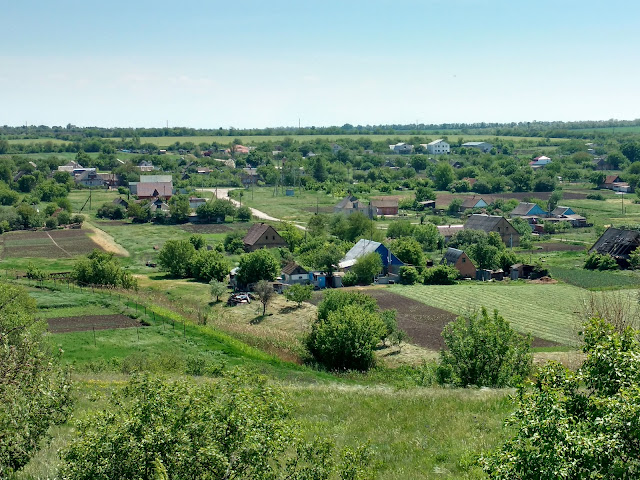 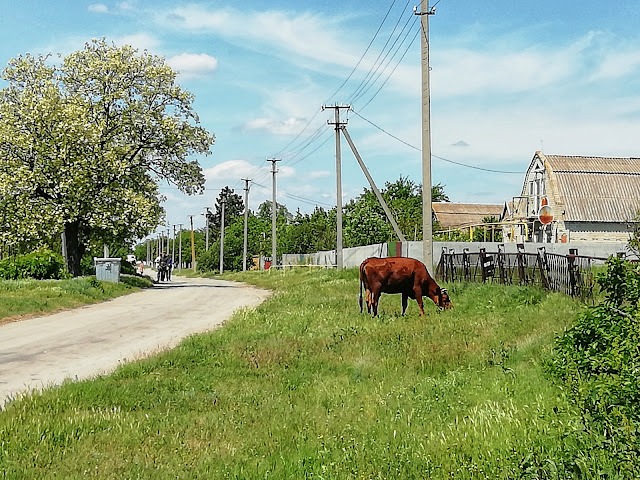 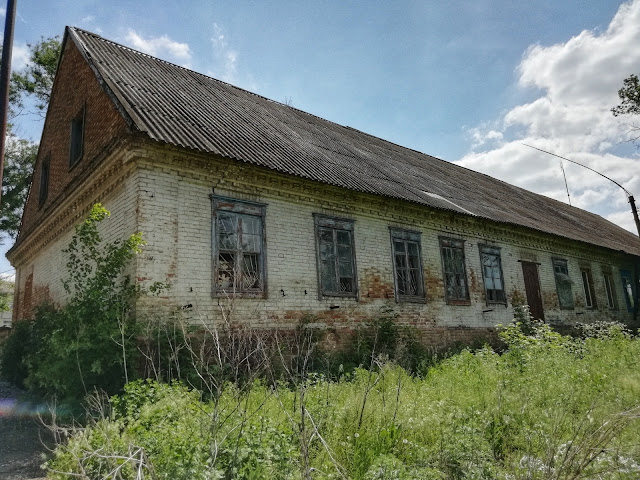 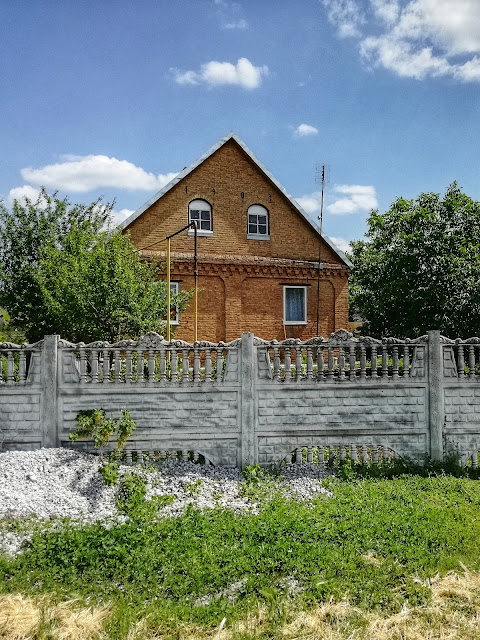 A former Mennonite house-barn, now used as a storage shed 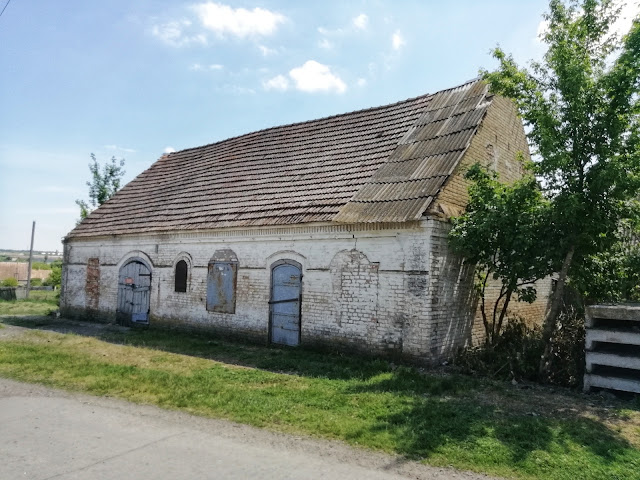 Mennonite house, still in use 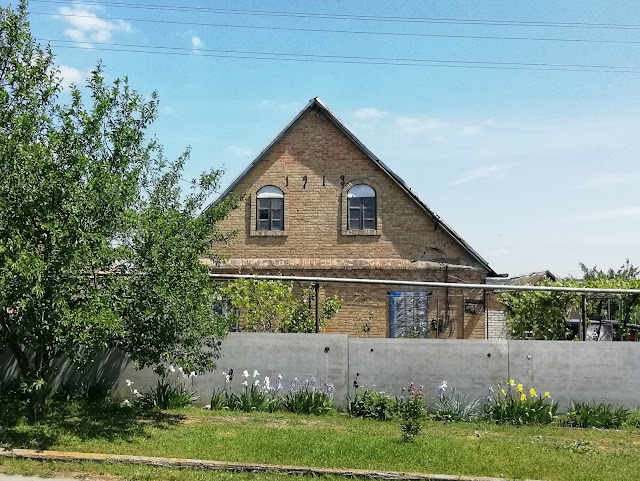 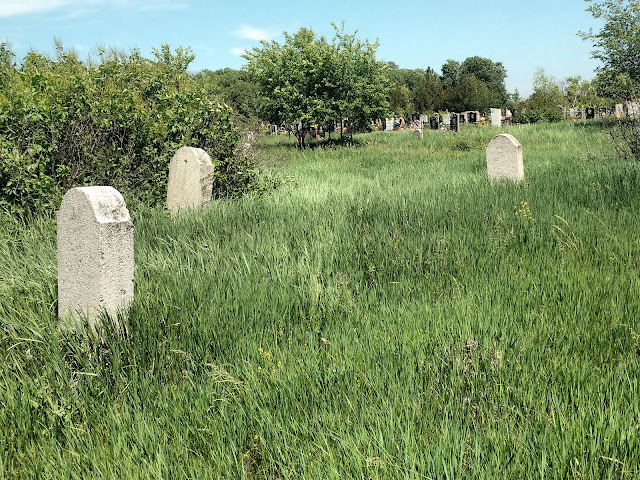 A Mennonite headstone in the old Neuendorf cemetery 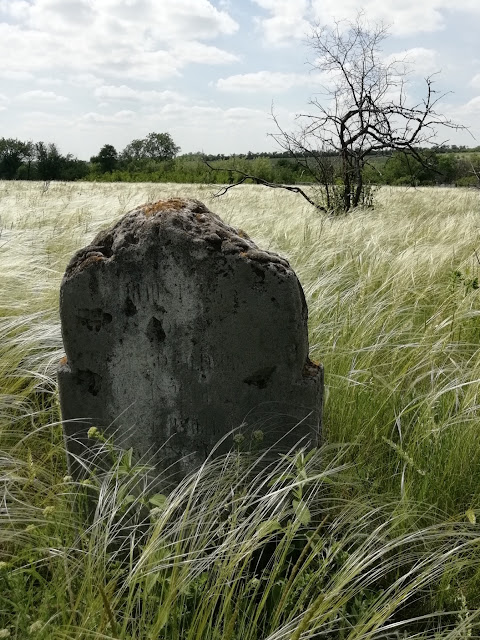 A drive through Neuendorf

The location of the Chortitza railway station. From here my paternal grandparents left for Canada on June 22, 1923. 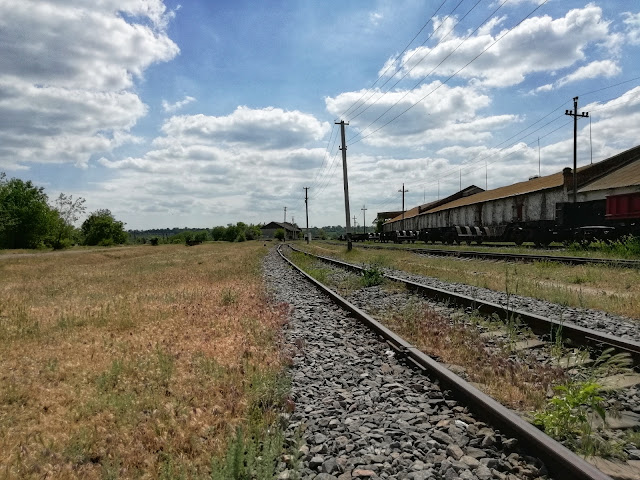 The old oak tree in Chortitza. It is in poor condition now. 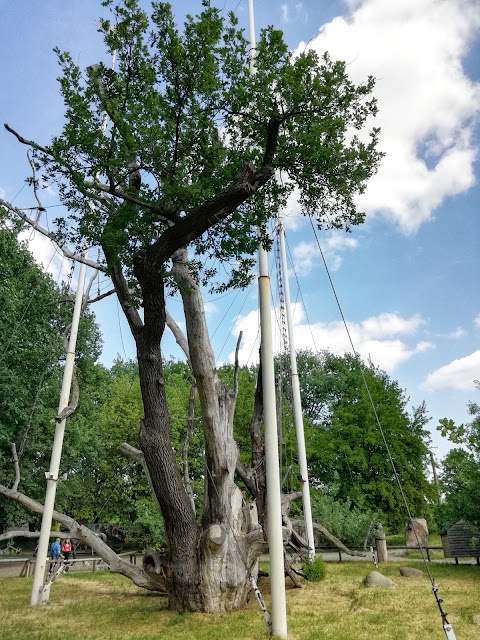 The former Chortitza girls' school. It is still being used as a school. 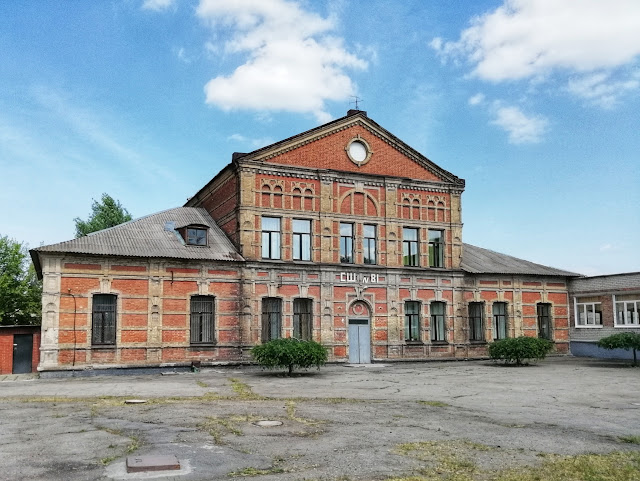 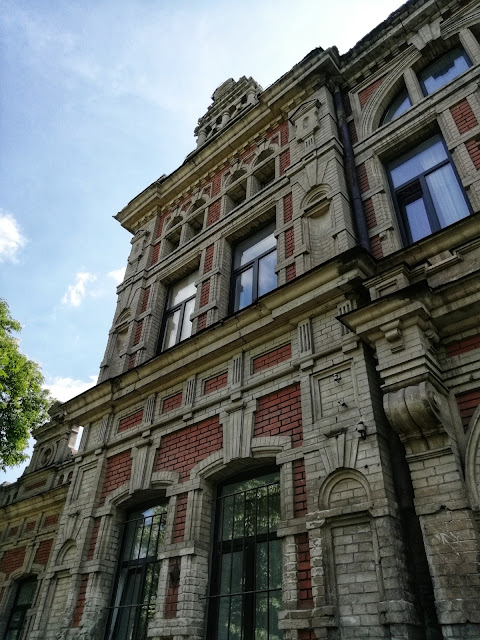 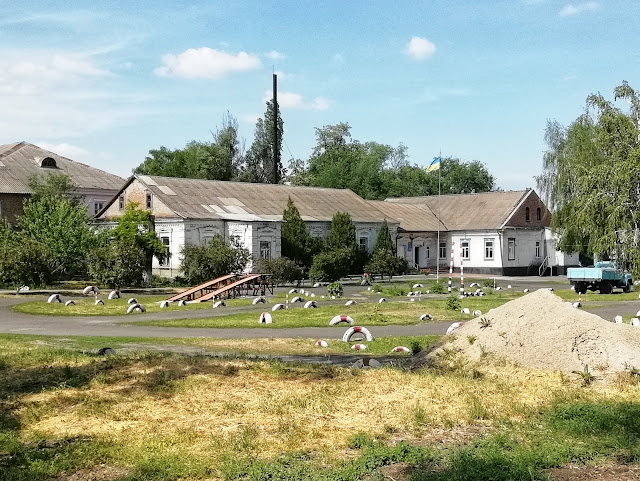