Visit to Chernobyl (yes that one)!

When we began reading about Ukraine, we discovered that it was possible to visit the Chernobyl nuclear disaster site. At first I wasn't sure I really wanted to go, but then decided to, because it was such a significant event in Ukraine.

The "exclusion zone" is the area 30 km around the failed power plant site. It can only be entered with prior permission and as part of a guided tour. You have to pass through two control points

The welcome sign to the town of Chernobyl. Chernobyl is still partially occupied, mostly by workers at the the power plant. They are finishing the new Safe Confinement on the destroyed reactor, as well as decommissioning the other reactors at the same site. 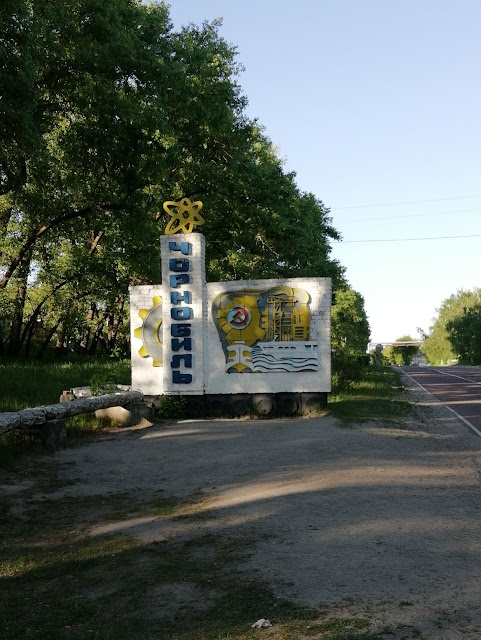 Duga was a radar system used as part of the Soviet anti-ballistic missile early-warning network. There were three separate sites and one of these was located close to Chernobyl. The tour made a stop here to see the huge antenna arrays.

View from our bus on the overgrown road to the Duga site. 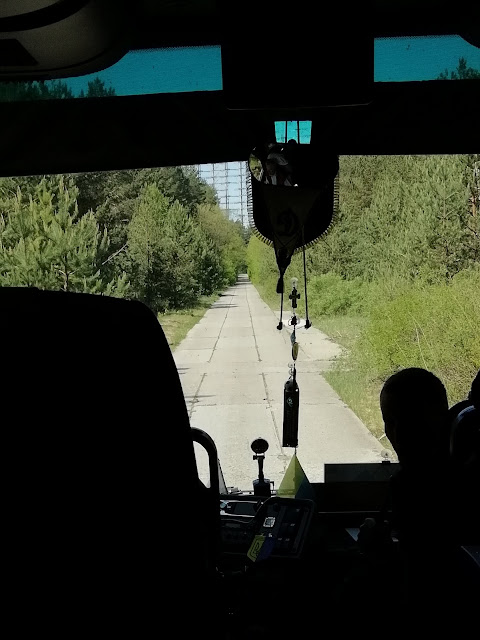 At the main gate of Duga 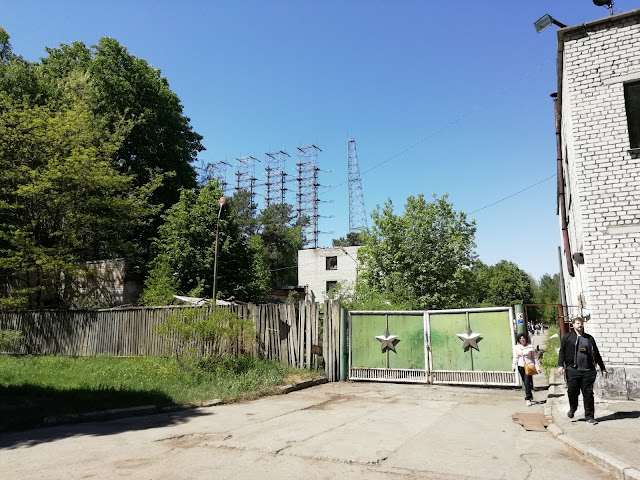 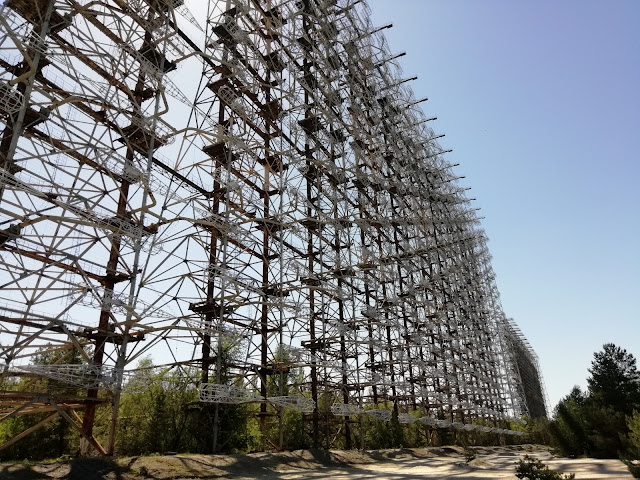 Our next stop was the buried village of Kopachi. There were a number of villages in the immediate area of the disaster that were severely contaminated. As an experiment to deal with the radioactive material, almost all of the houses of Kopachi were torn down and buried.

The village kindergarten was one of the few buildings that survived and can be visited. 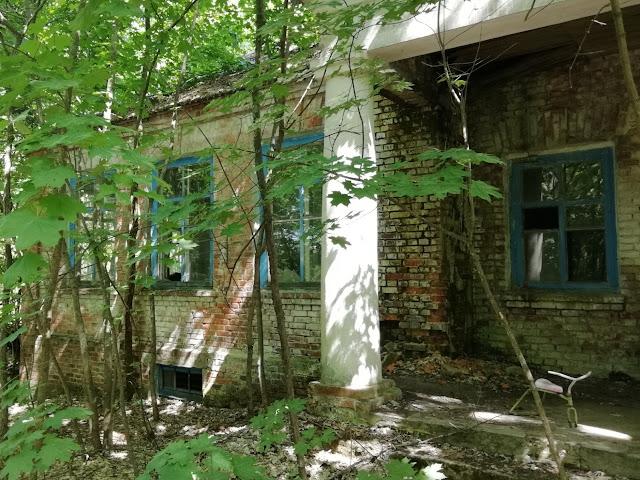 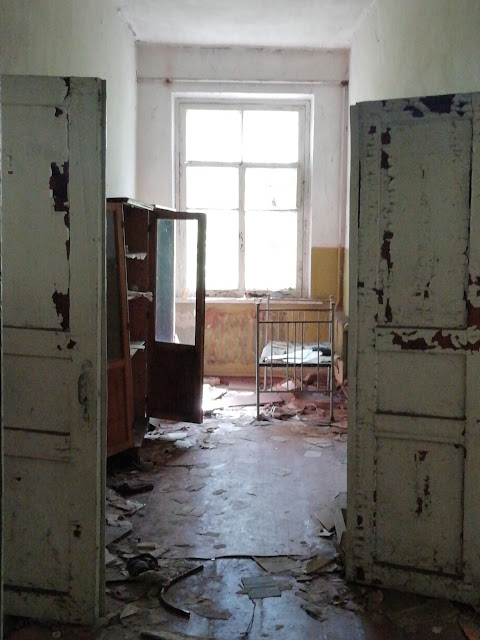 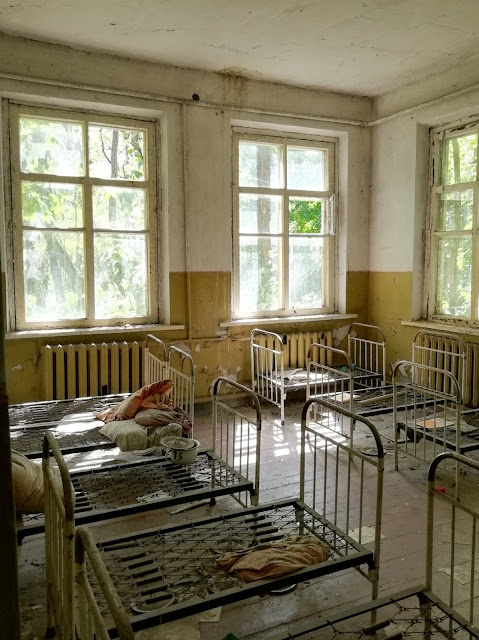 Before having lunch at the canteen at the power plant site, we all had to screened for radioactive contamination. 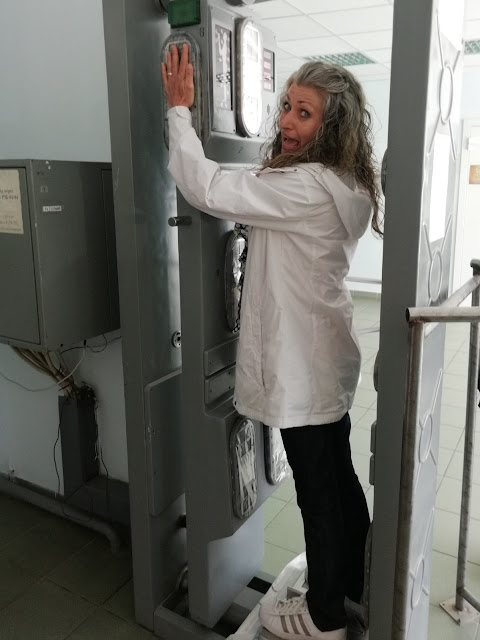 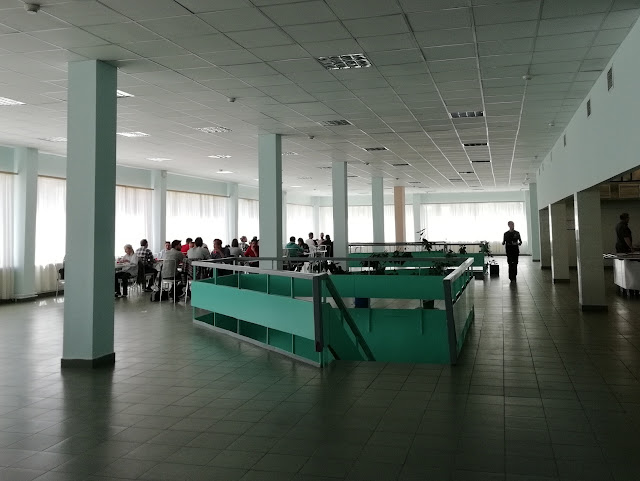 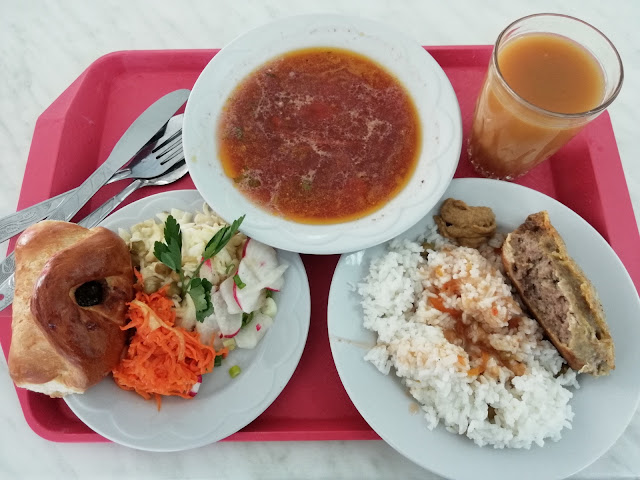 At the site of No. 4 reactor, now covered by the new Safe Confinement. 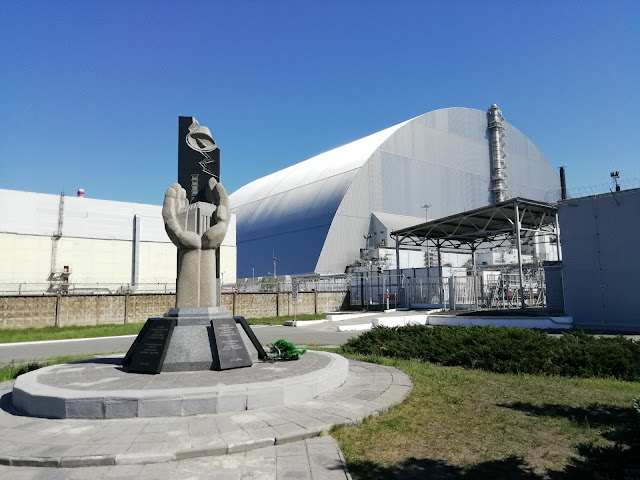 From the reactor site we then went to the nearby deserted city of Prypyat. Almost 50,000 people lived here in 1986. A few days after the accident the whole city was evacuated over a 3 hour period. People were told that this was a 3 day evacuation, but it ended up to be permanent. 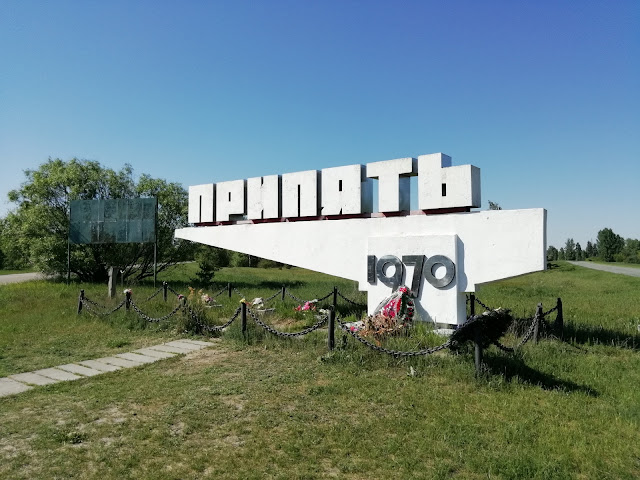 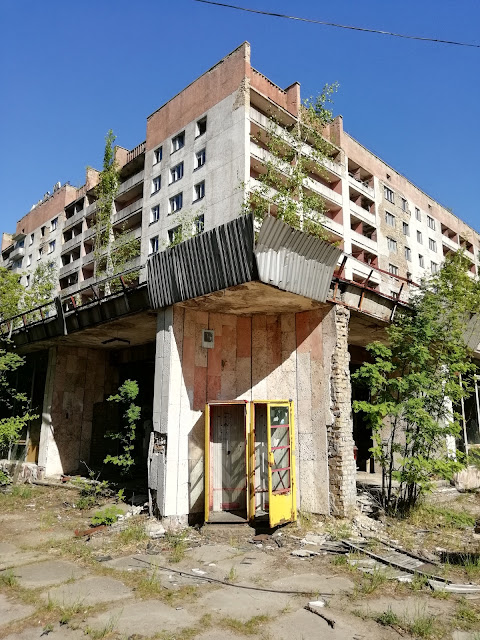 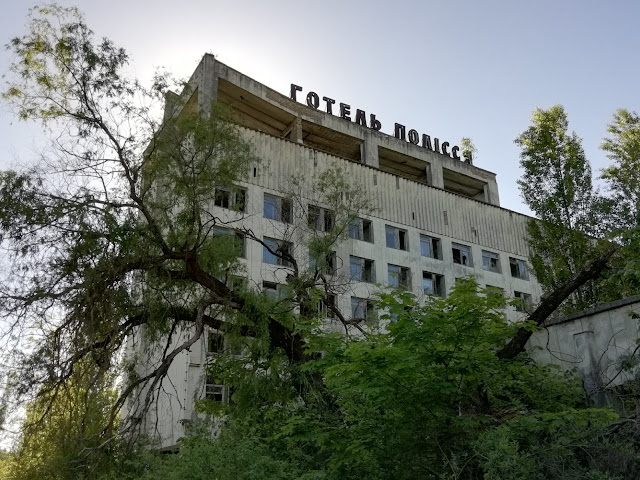 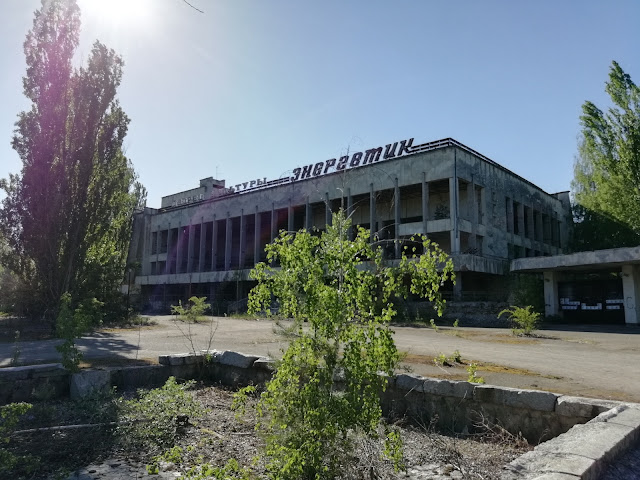 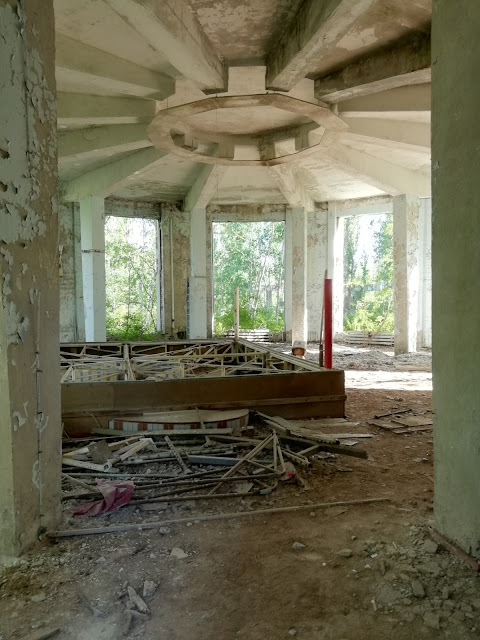 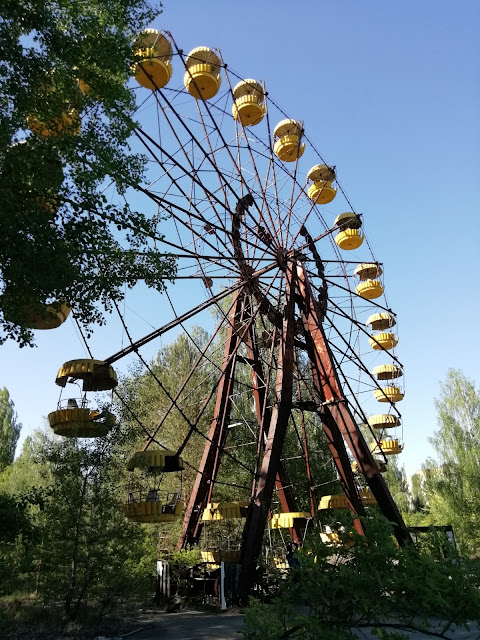 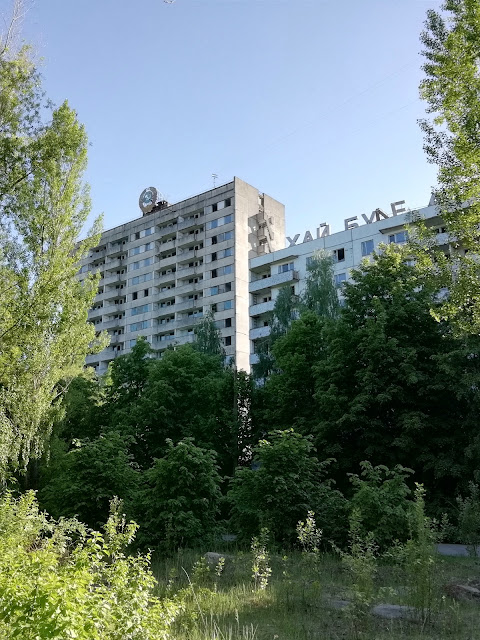 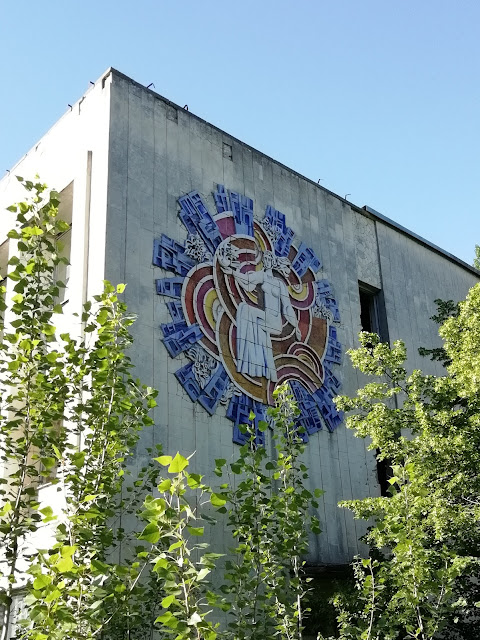 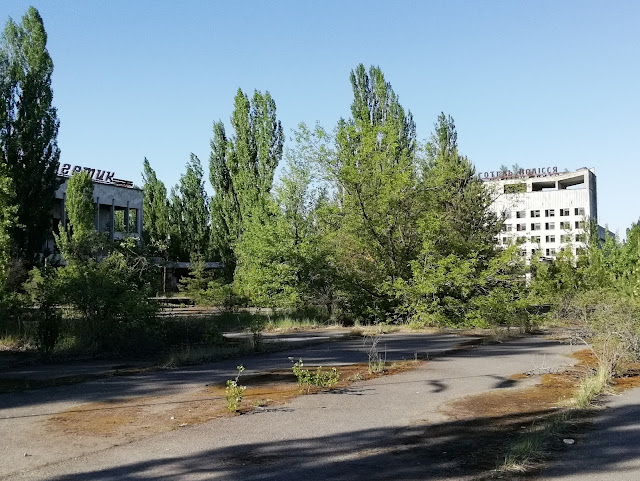