In the morning we went on a walking tour of the downtown. But first, coffee at a cafe near our apartment. 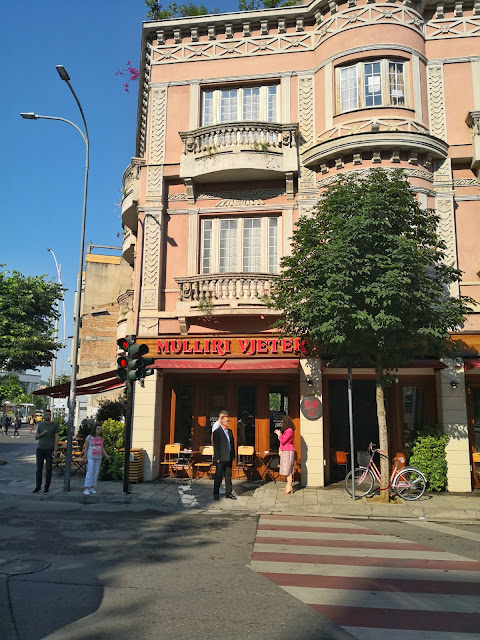 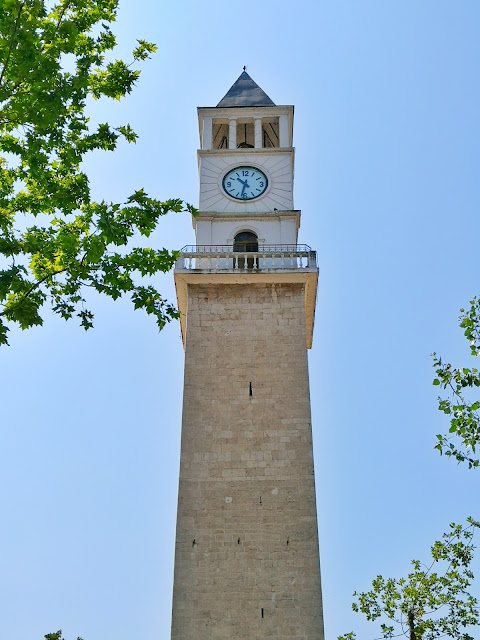 Statues of Lenin, some communist dude, Enver Hoxha (Albanian dictator), and Stalin. These were all removed after the fall of communism and now sit in the back lot of the art museum. 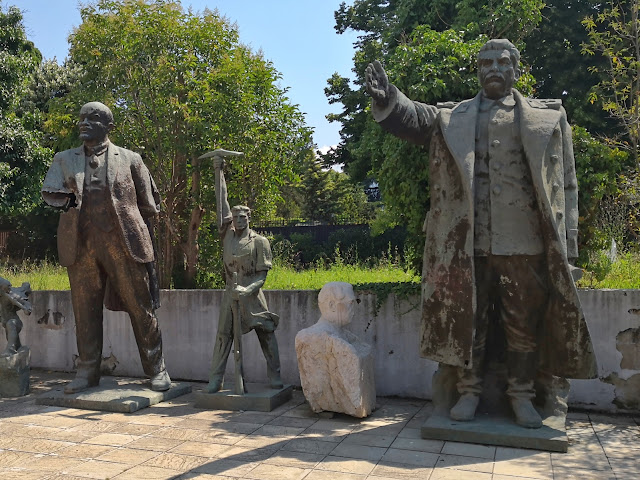 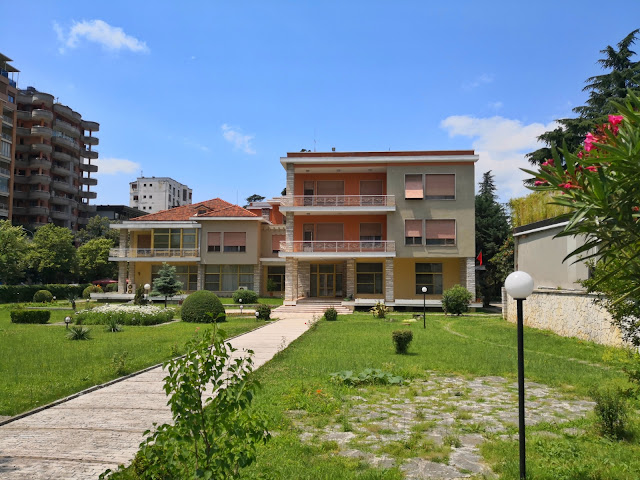 Hoxha considered Albania to be the only true Socialist country in the world. He broke ties with the Soviet Union after Stalin died, and with China after Nixon's visit. This building was the headquarters of the secret police, whose main purpose was to spy on Albanians who might not be loyal to the Party. 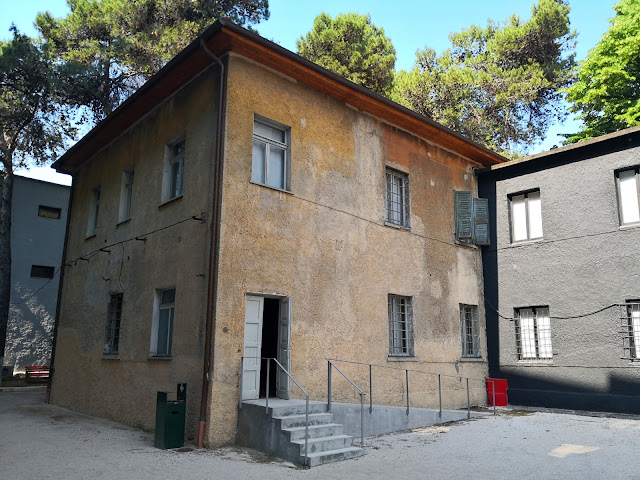 Mother Teresa was born to ethnic albanian parents so the Albanians claim her as their own. 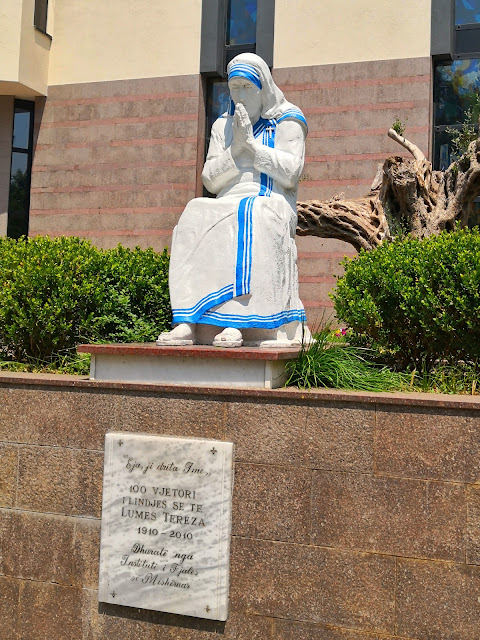 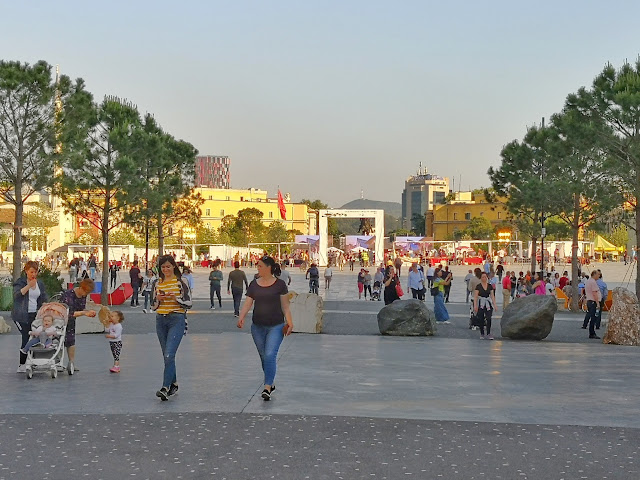 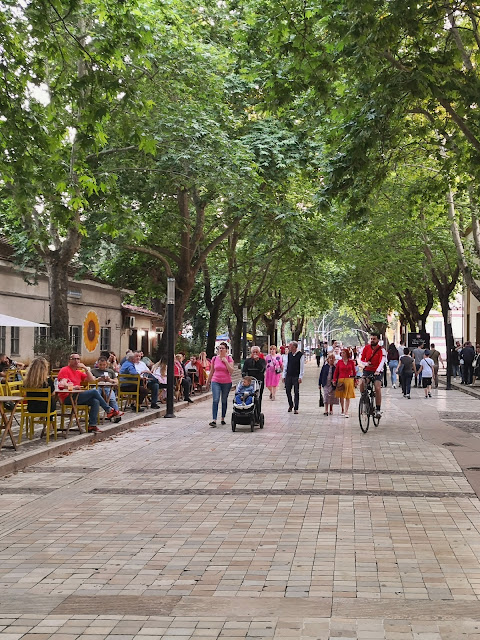 Almost all religious building were destroyed during communist times. This is a new mosque still under construction. 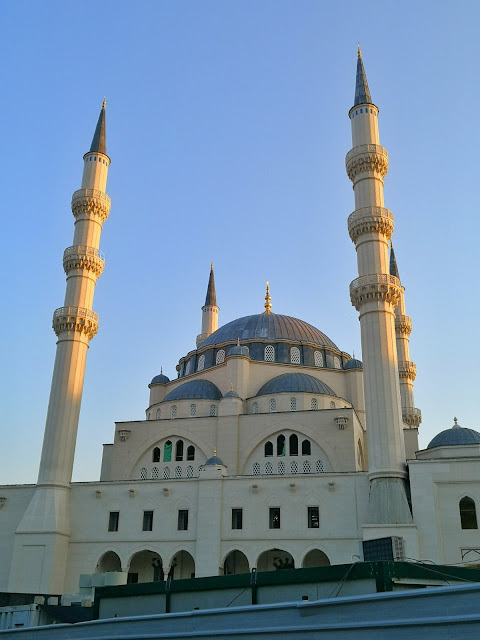 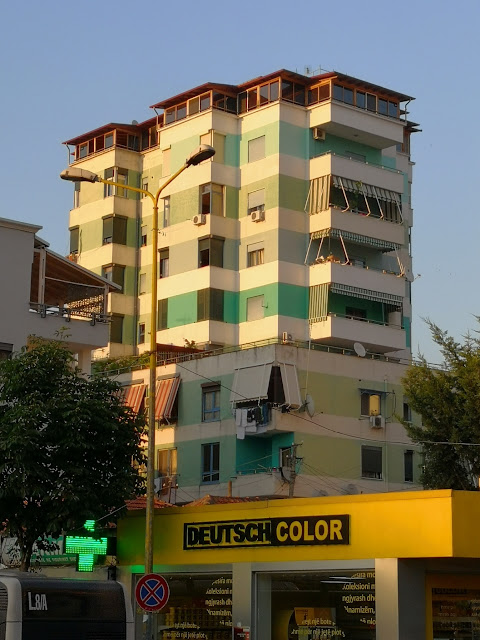 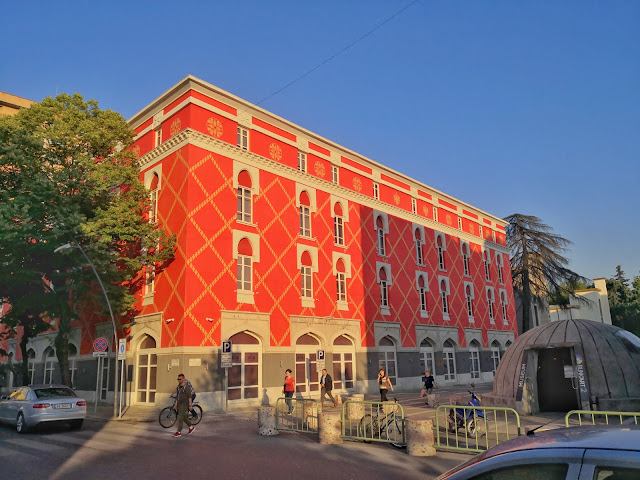