While staying in Dilijan we drove out to two old monasteries each about half an hour from town.

Goshavank Monastery, dating back to the 13th century, is located in the village of Gosh 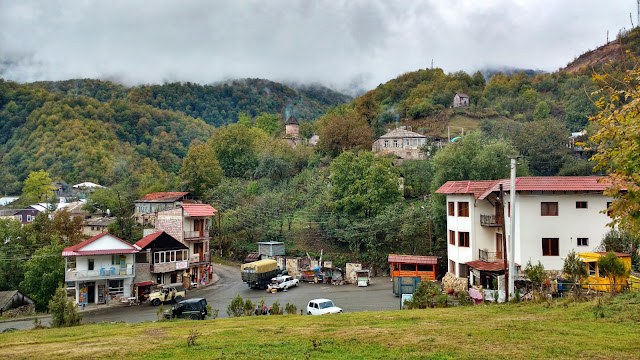 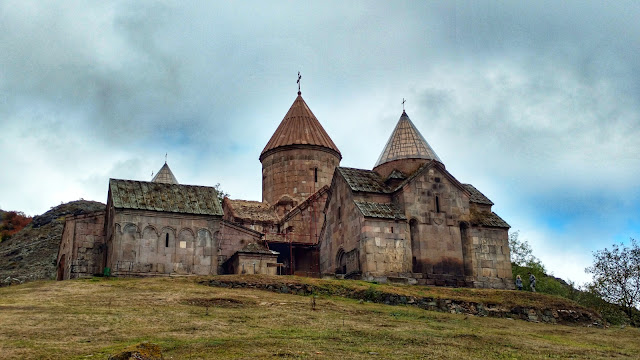 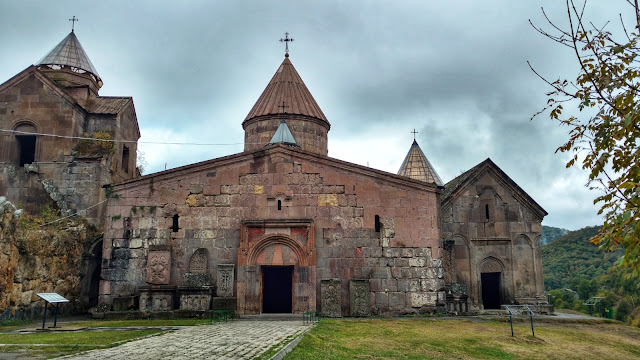 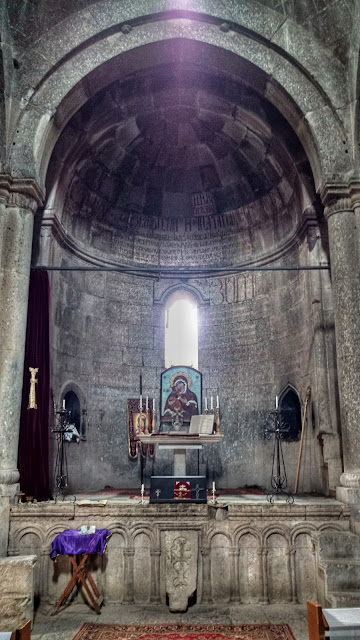 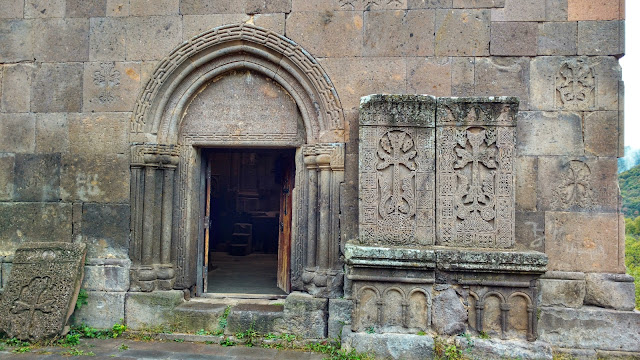 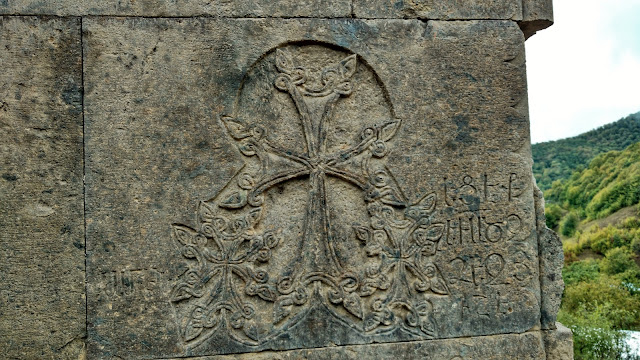 Haghartsin Monastery, dating back to the 13th century, is surrounded by forested hills 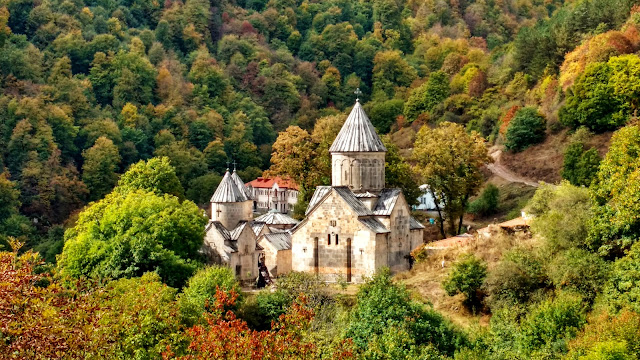 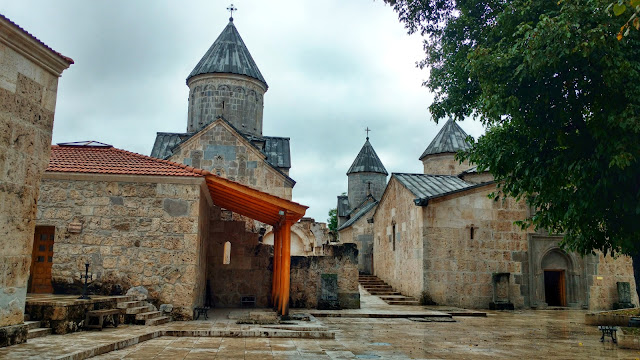 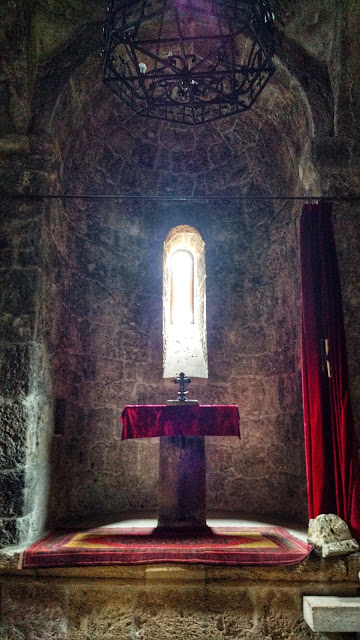 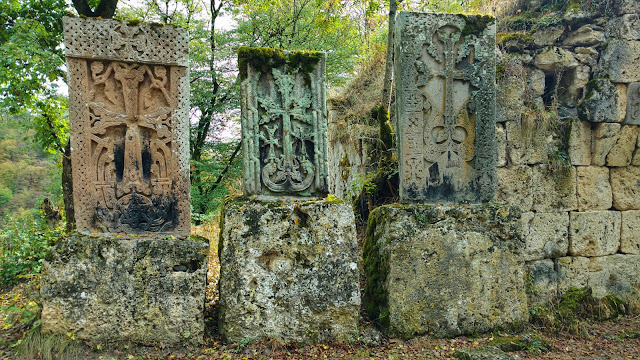 On another day we drove a short ways out of Dilijan and then a hiked along overgrown bush roads to see these two abandoned monasteries ... no one else was around 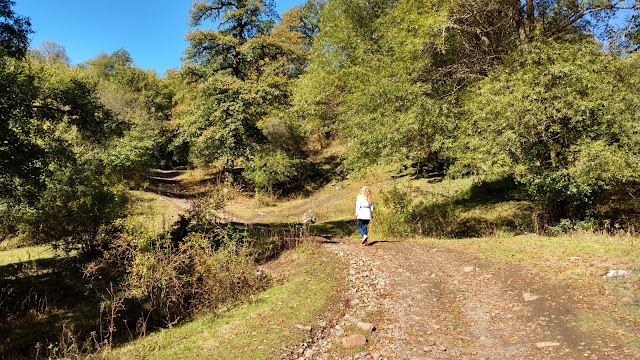 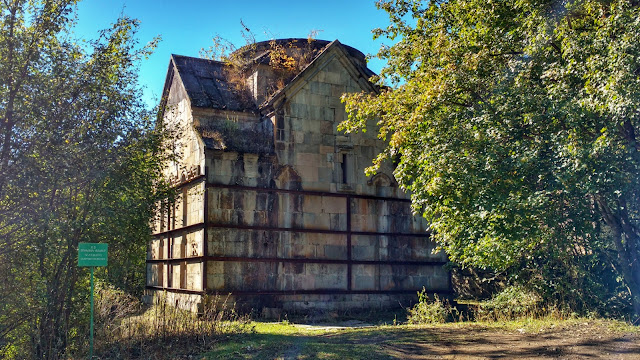 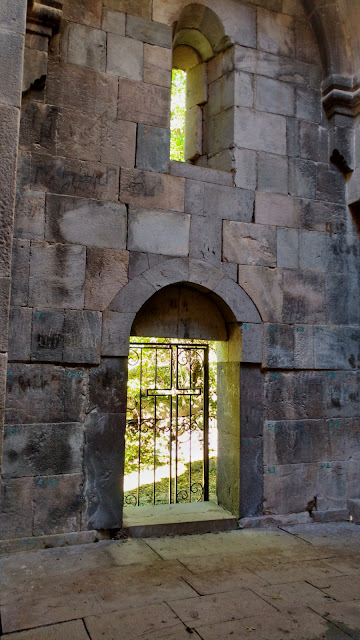 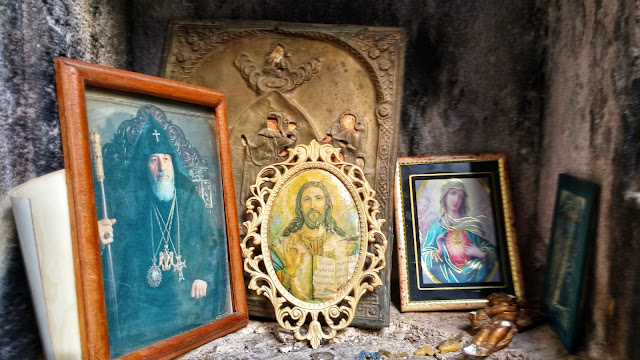 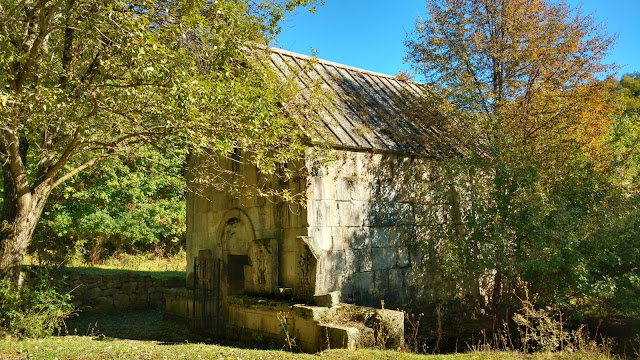 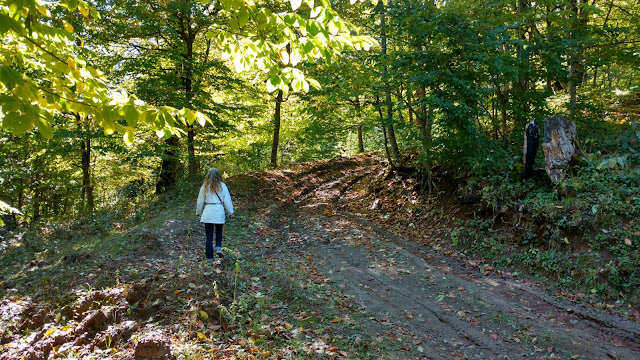 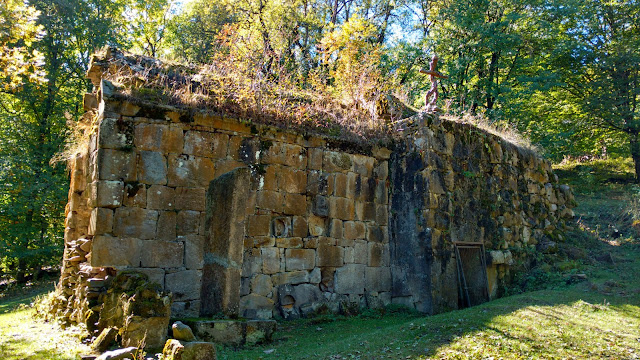 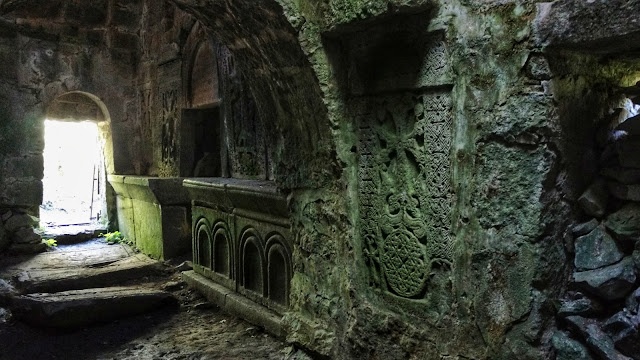 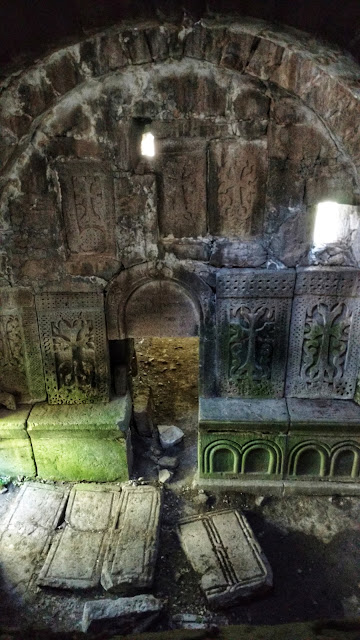 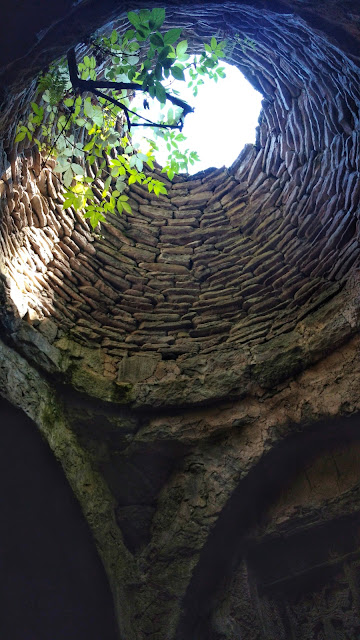 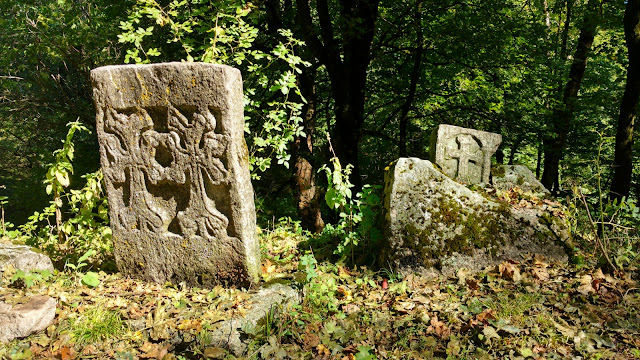