We took a tour from Sarajevo to the area, a two hour drive to the east. There were six of us altogether; us, a German woman, the driver, the tour guide, and a guide-in-training. The museum is housed in the buildings used as the UN base during the war. Originally this was a battery factory. 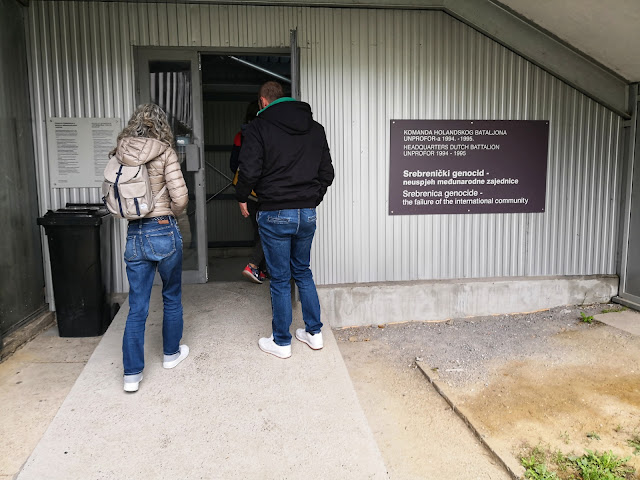 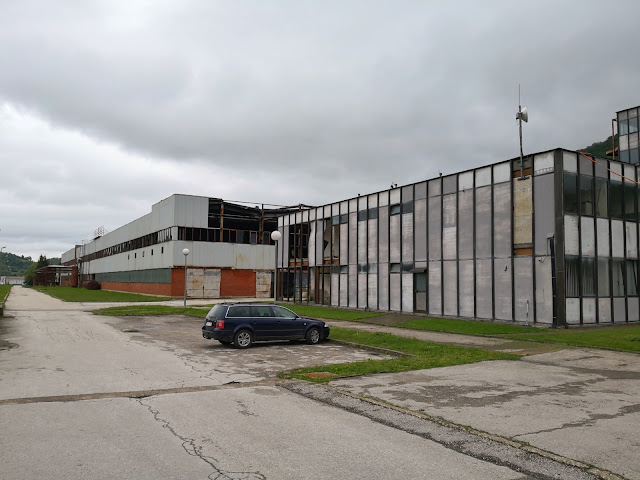 The main factory building is now a photo gallery of the funeral ceremonies that are held annually when newly identified victims are buried in the cemetery. 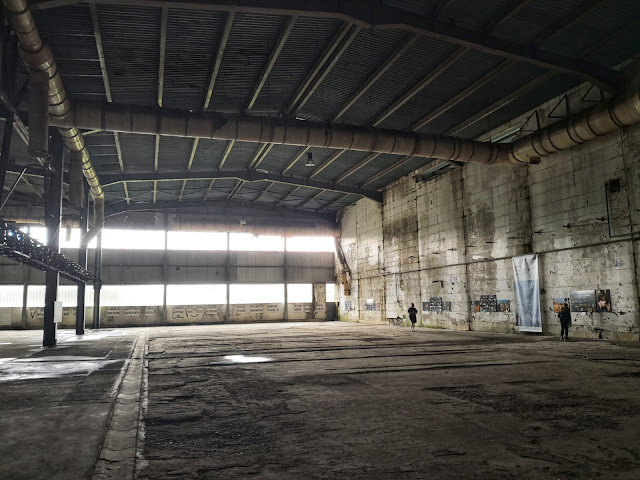 Cemetery of the victims of the massacre. The victims were originally buried in mass graves. In some cases the graves were excavated several months later using heavy equipment and reburied in multiple locations in order to hid the evidence. As the bodies are exhumed and identified by DNA, they are being buried in this cemetery. 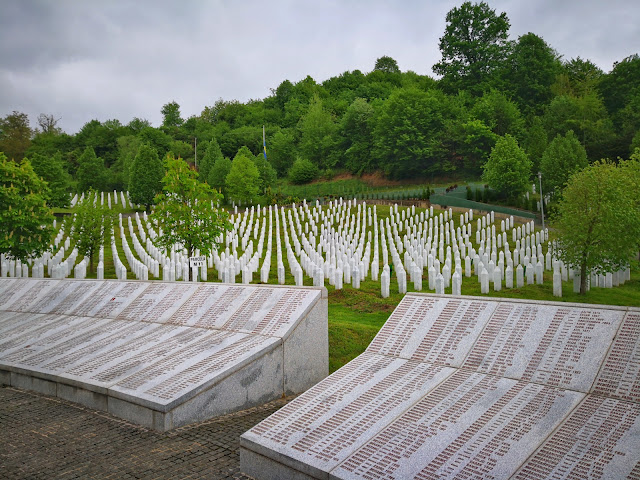 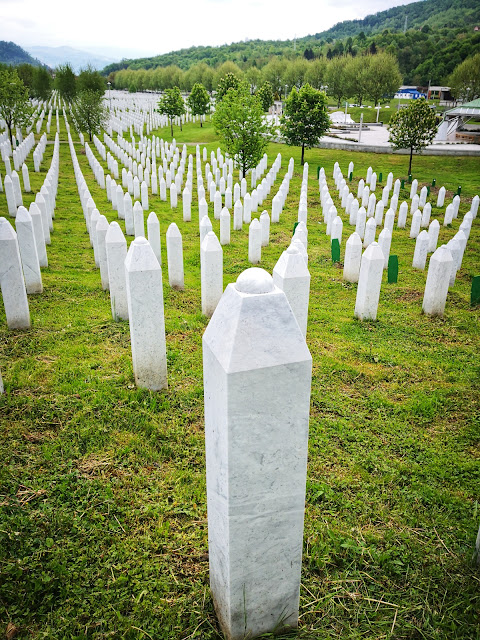 The town of Srebrenica. Even after all the events of the war, Bosnian muslims have moved back to the town. 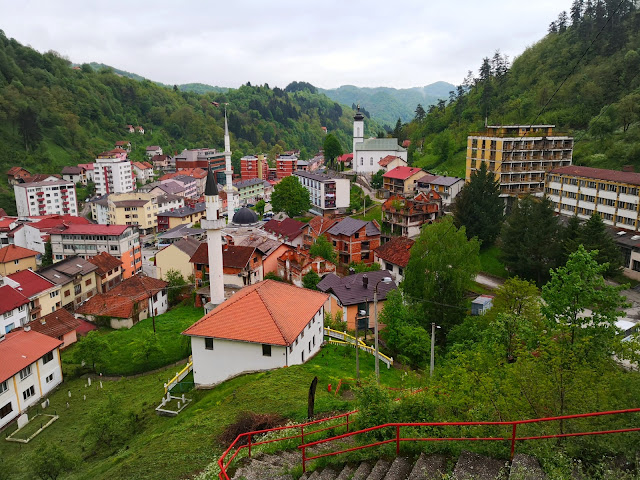 A World War II monument in the town of Bratunac, where we stopped for lunch on the way back to Sarajevo. 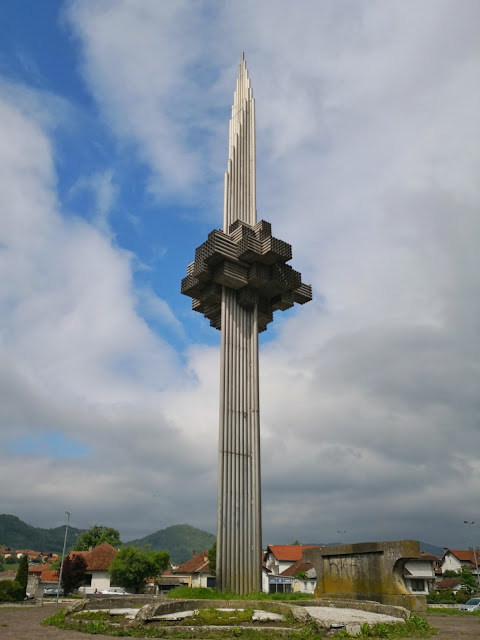