Today started off very cold and drizzling, and once the clouds lifted, you could see fresh snow on the hills. We hung out at "our" coffee shop a little longer than usual.

We spent the day wandering around town, visited a museum, stopped for coffee, lunch, and tea. As the day progressed, the weather improved which made us happy! 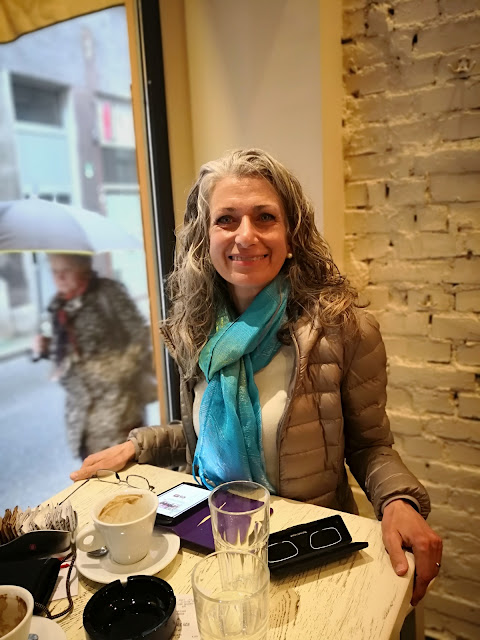 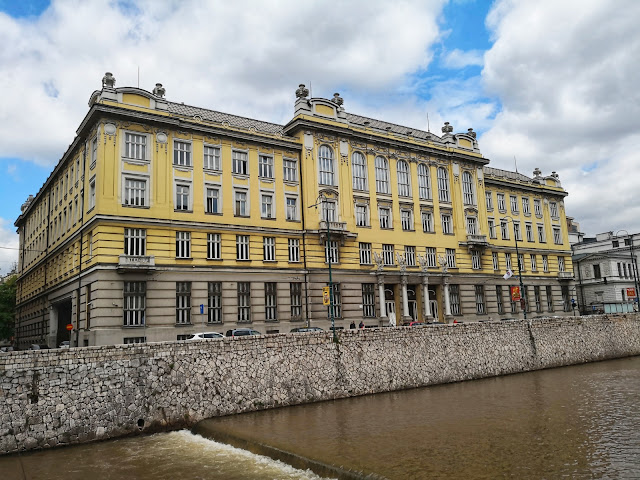 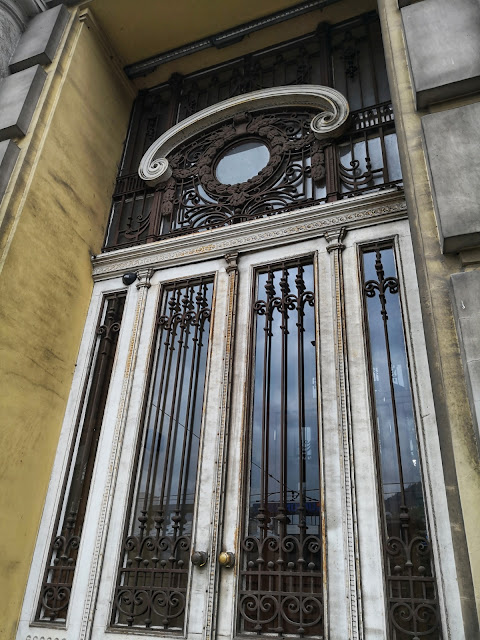 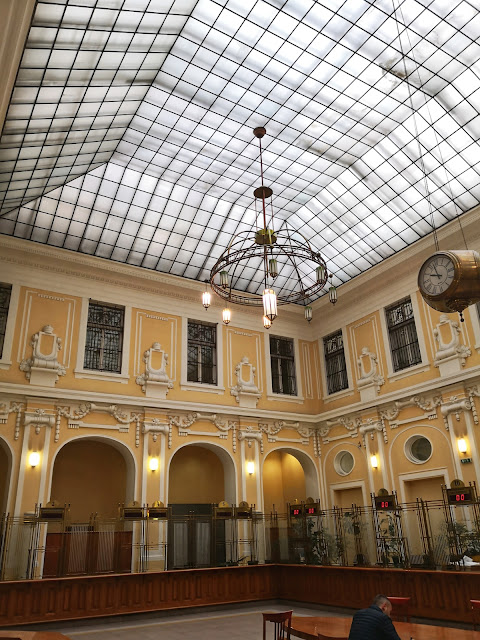 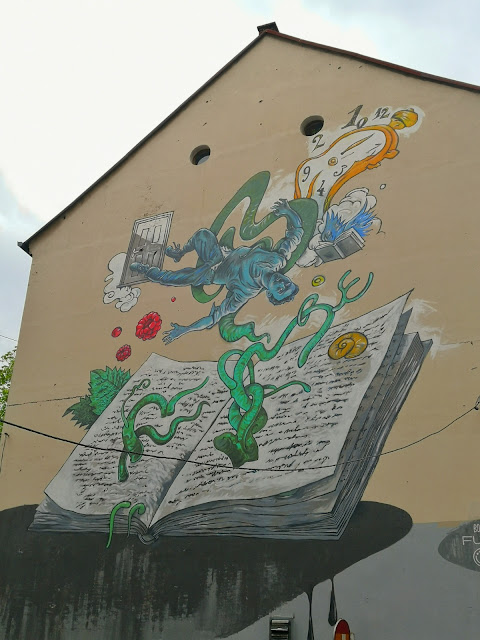 The former Holiday Inn, now the "Hotel Holiday" was the hotel where journalists stayed during the war. During that time there was no hot water or electricity, and the hotel was hit by artillery fire and mortars on many occasions. It has been totally renovated since. 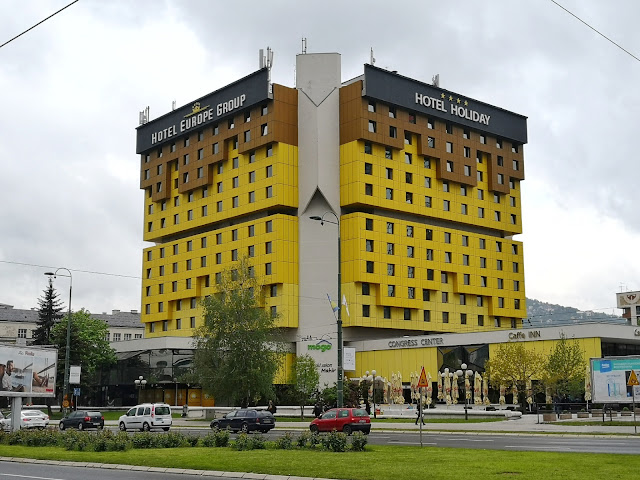 The main exhibition at the History Museum covers every day life under the siege. Families would often move everything into the most sheltered room of their apartment both for safety and to conserve heat. 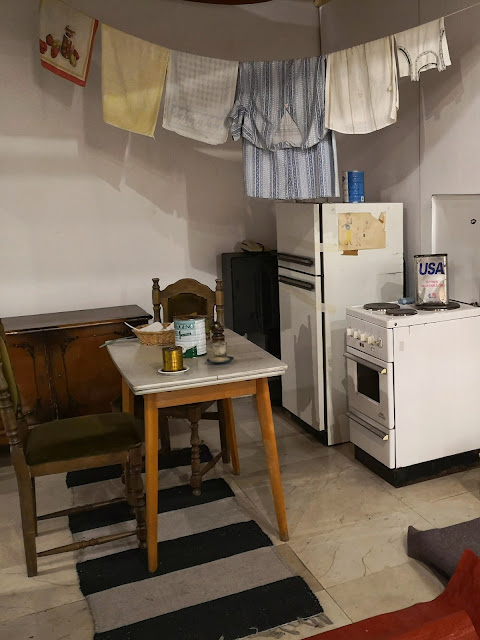 Heaters made from large tin cans 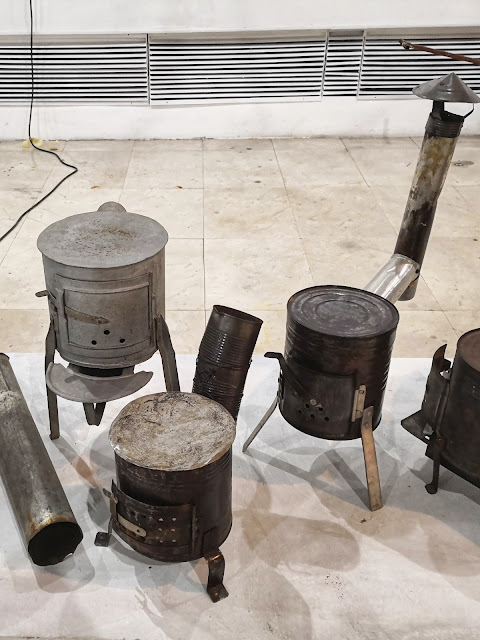 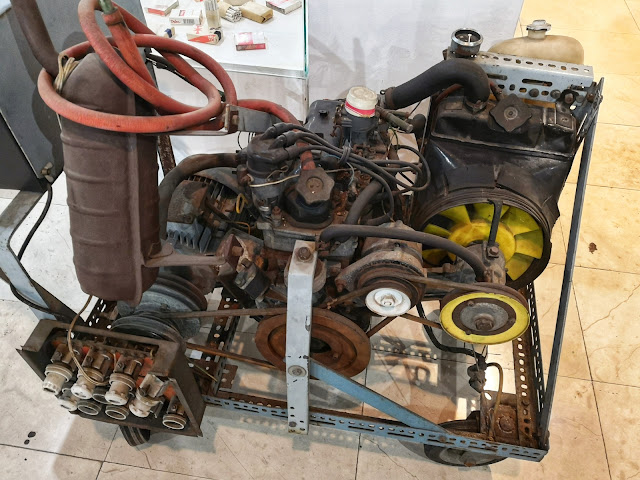 Fancy cafe, but two lattes were still less than $5.00 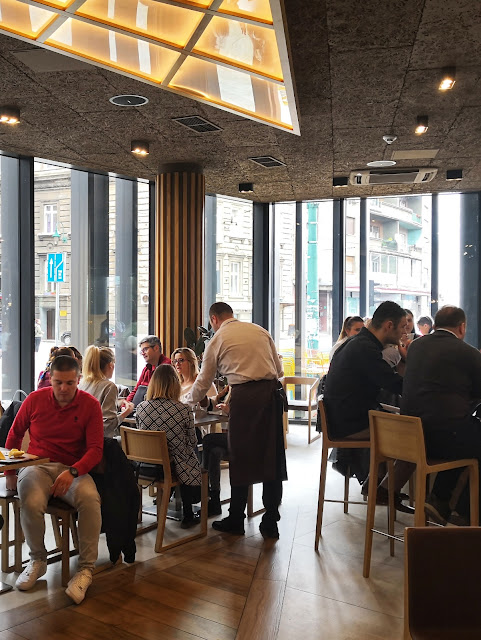 The Miljacka river runs through Sarajevo 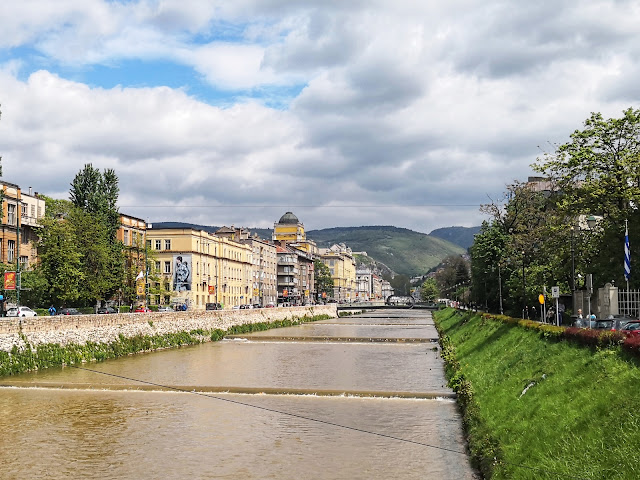 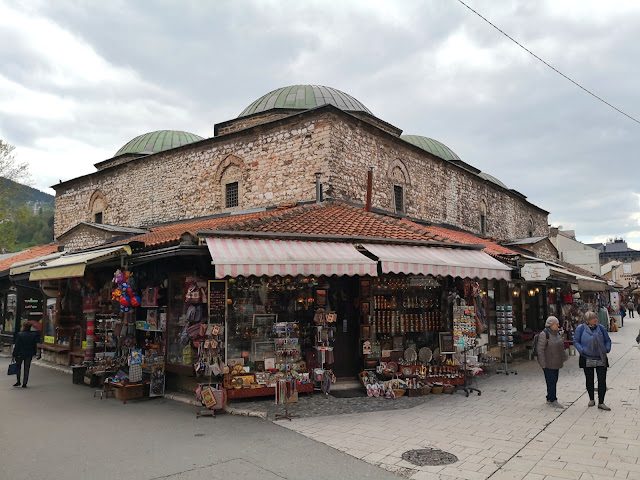 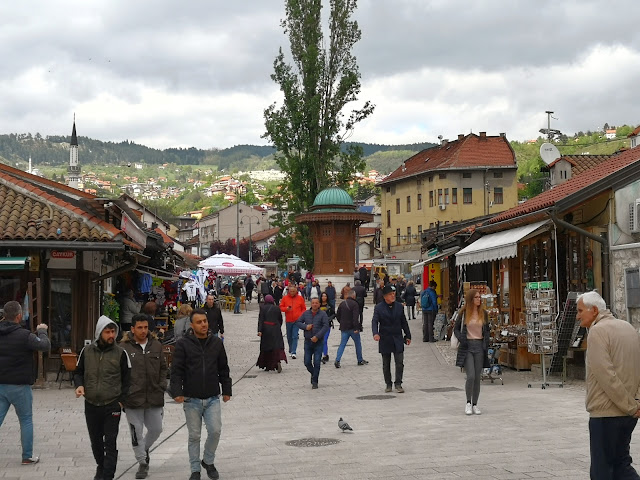 Another graveyard with many gravestones showing dates between 1992 and 1995 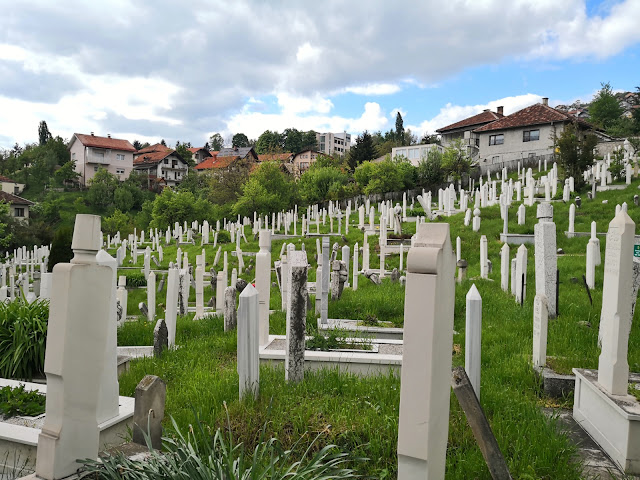 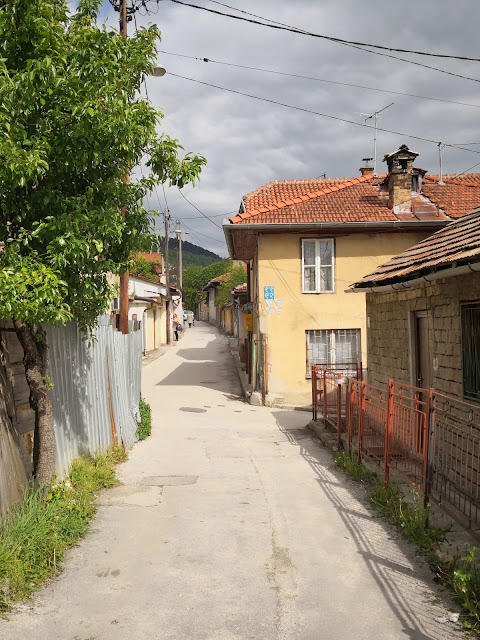 A little bit of country in the city 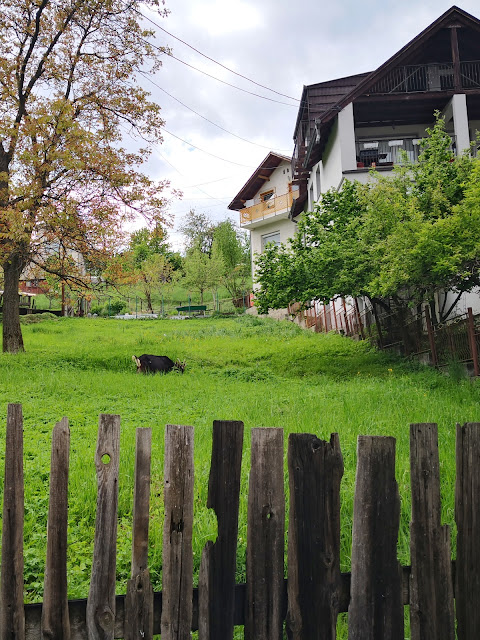 View from a residential area up on a hillside around Sarajevo 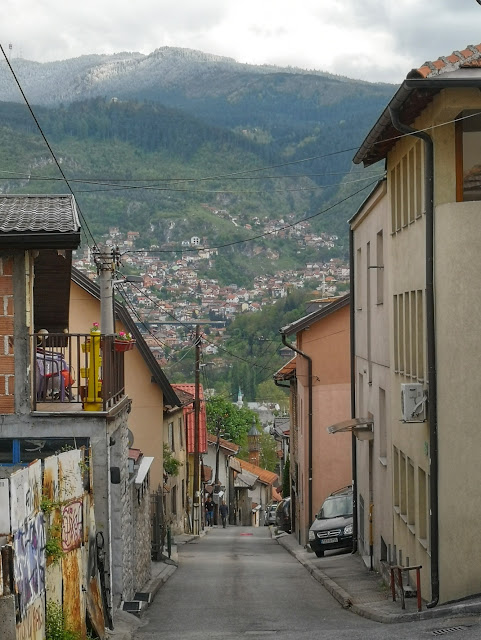 We just happened to see this sign and decided to go in thinking it was a cafe, but it actually was a tea shop. 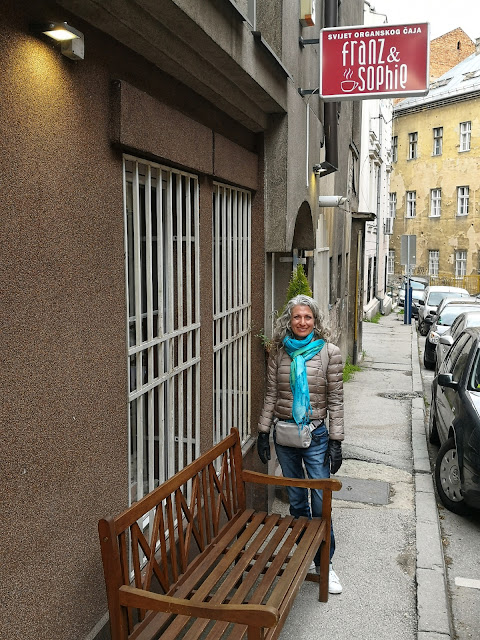 So we had some tea! 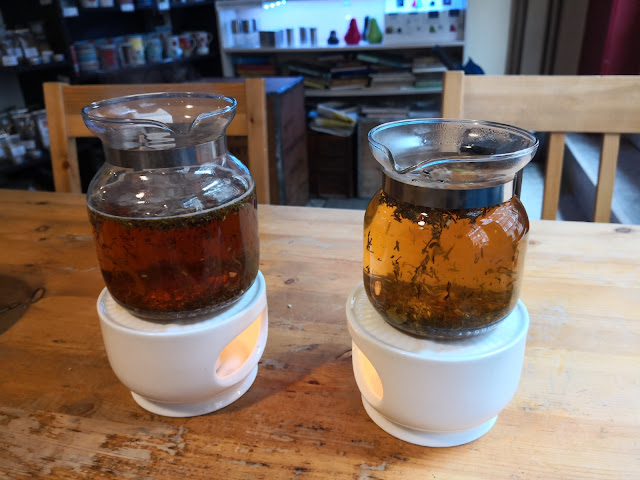 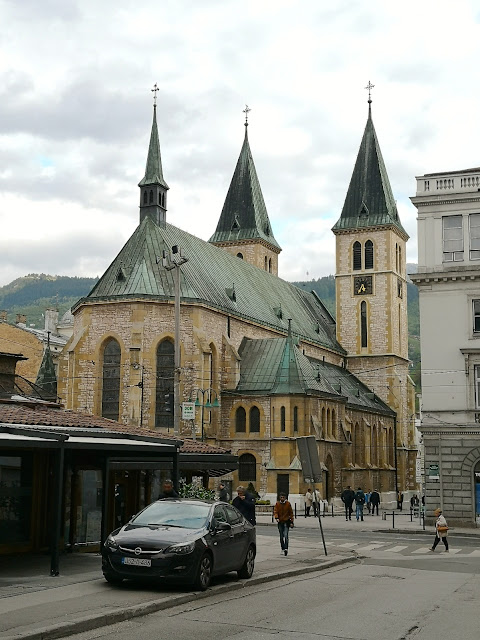