The clouds were hanging low in the morning and it seemed as though it might rain again. After coffee, we decided to take the chance and hike up some of the hills around Sarajevo to get a view of the city and to do a little exploring. In the end the weather improved and we actually enjoyed some sunshine.

Many the the graves in this cemetery (and others like it around the city) are from casualties of the war. 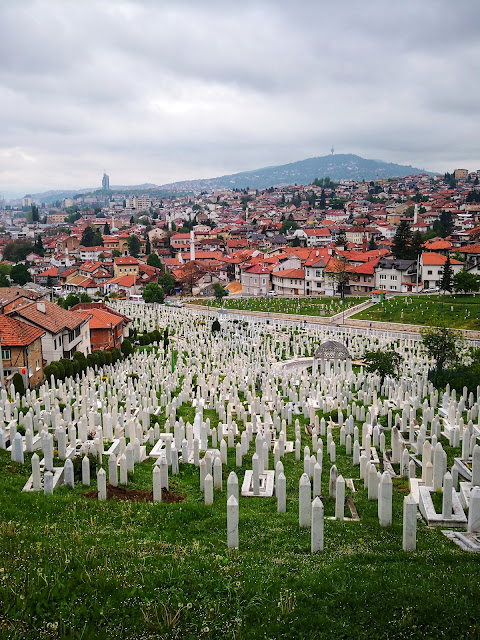 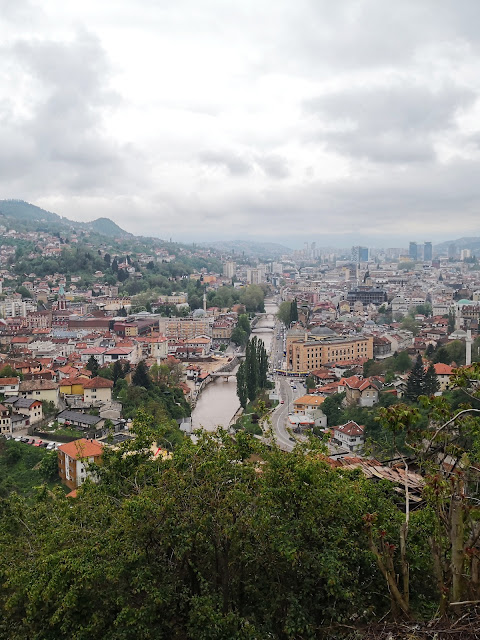 View looking away from the city 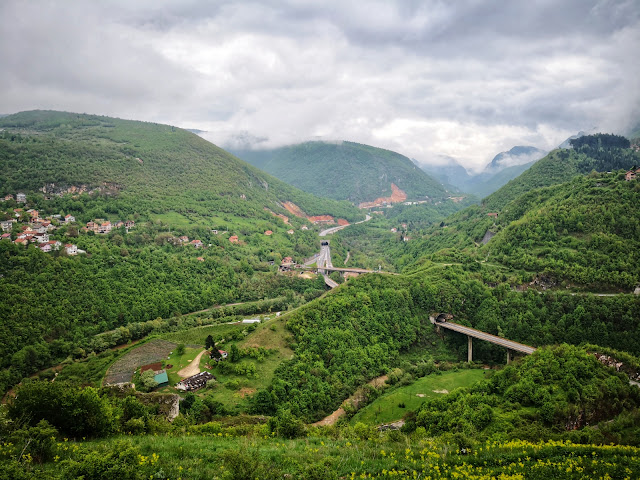 Street in an older residential neighbourhood 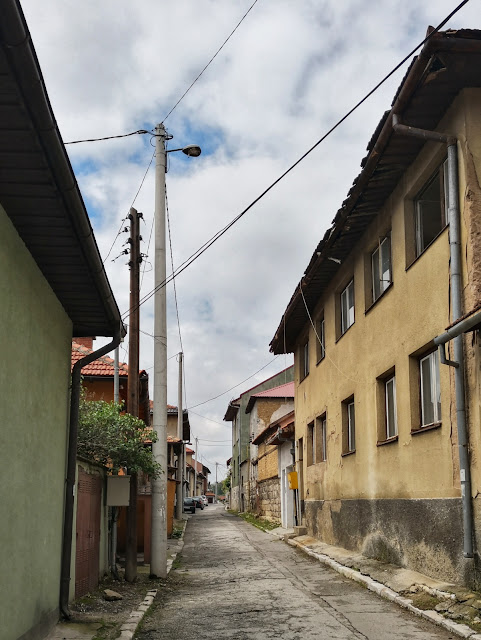 Street coming down from the hills 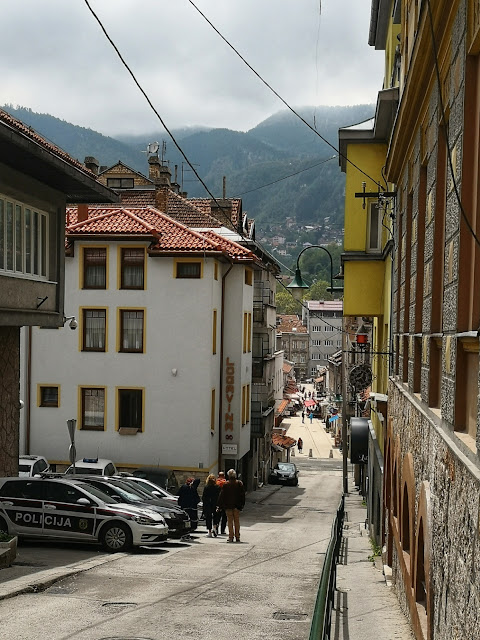 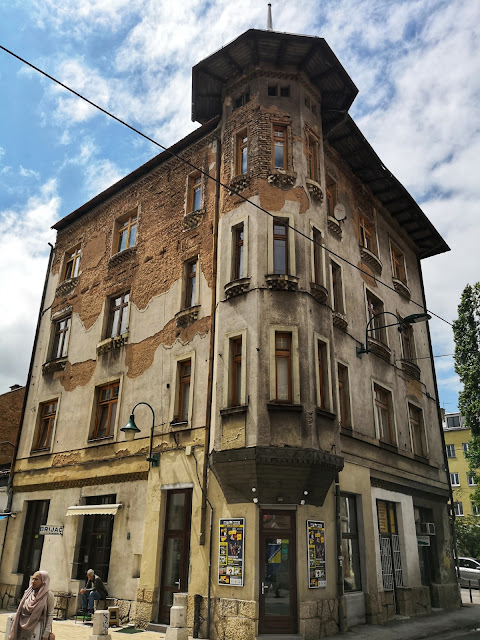 We stopped for a baklava treat at lunchtime 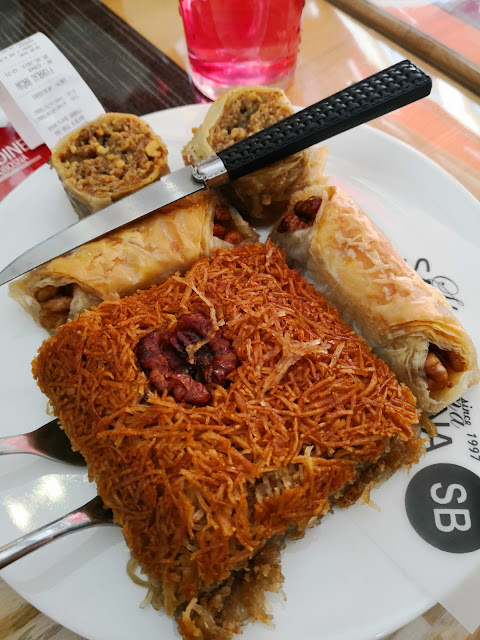 Jewish cemetery. During the siege, snipers would target random residents who came in their view on the streets below. 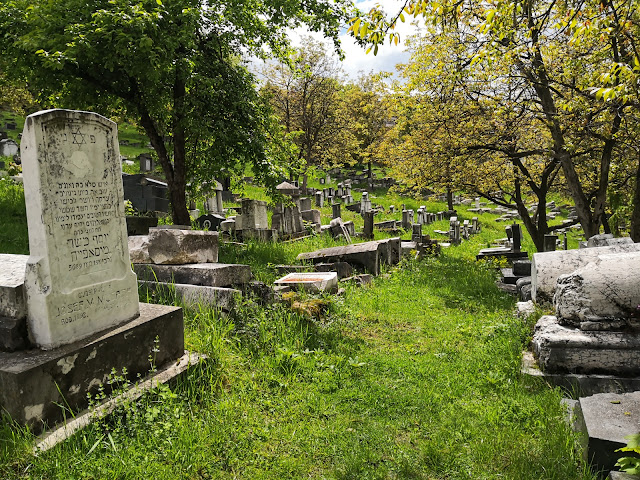 From the cemetery, you can see the intersection below. 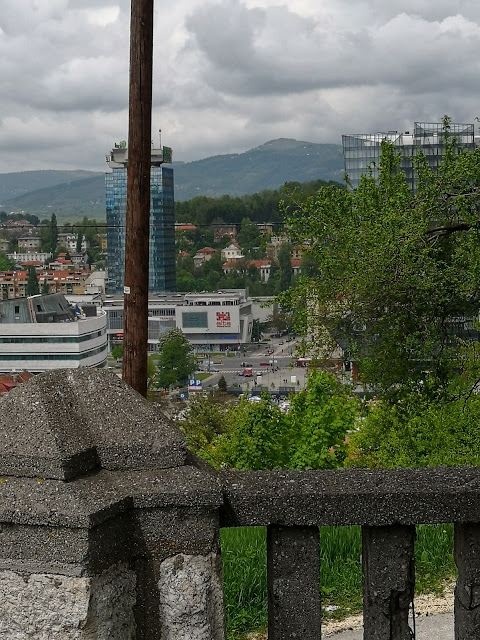 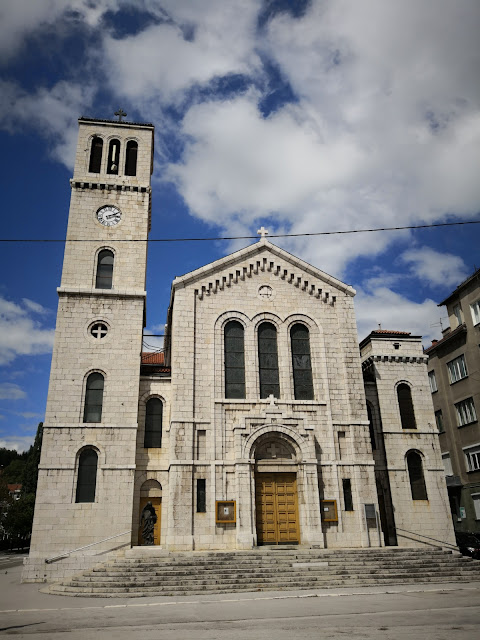 Many of the buildings in Sarajevo still show damage from the shelling. An average of over 300 hit the city each day during the war. 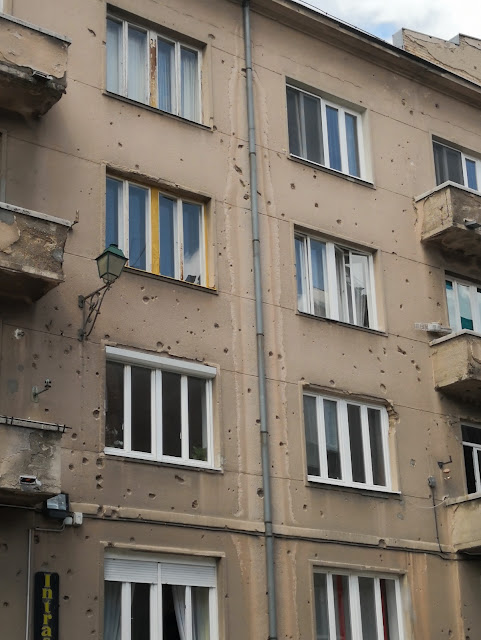 Steam punk art in a park 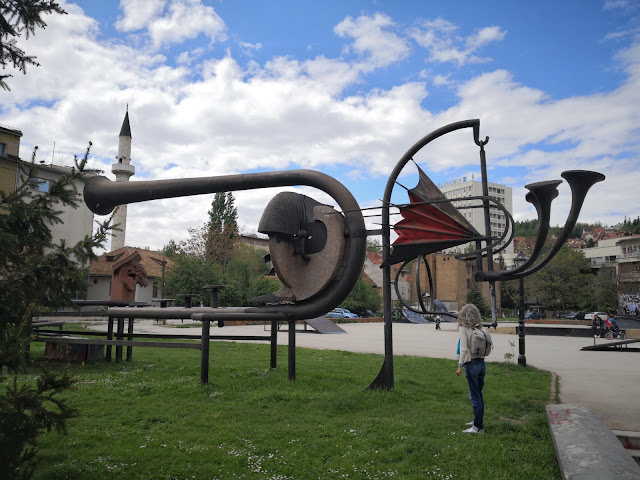 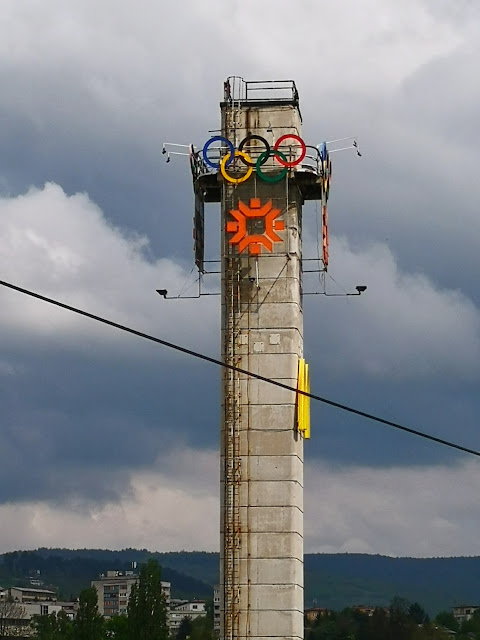 Yugoslavian-era apartment blocks built on a hillside in the Ciglane neighbourhood. A vunicular takes people up and down. 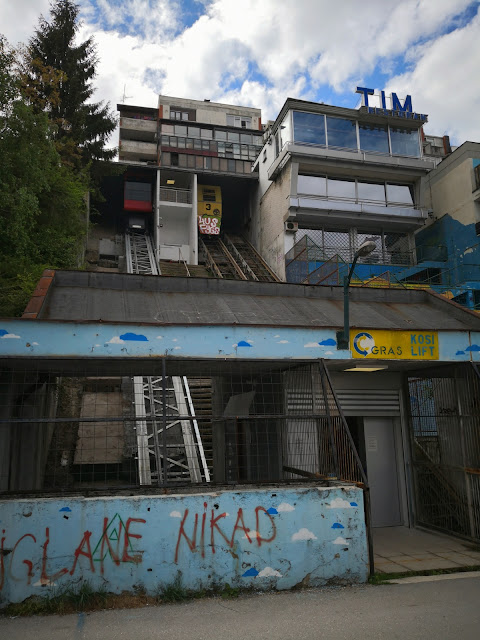 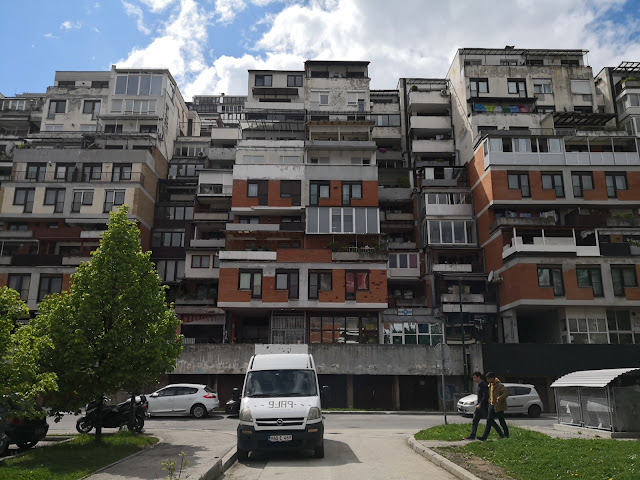 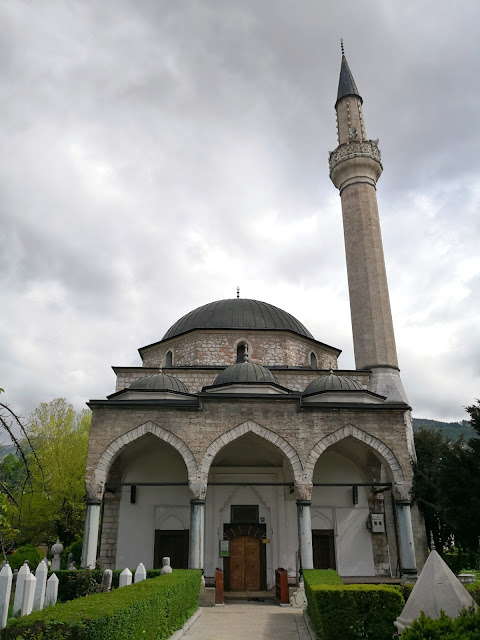 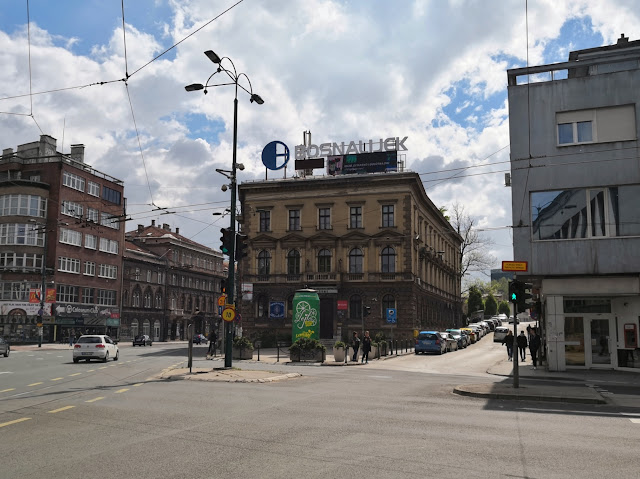