We spent most of the day exploring the downtown area of Sarajevo, including taking two walking tours. The afternoon tour focused on the siege of Sarajevo and the aftermath. Our guide, Neno was 7 years old when the siege began. He remembers living for 4 years with other families in the basement of their apartment block for safety. A teacher would come by for an hour or two each weekday to provide school instruction.

Some photos from around town today: 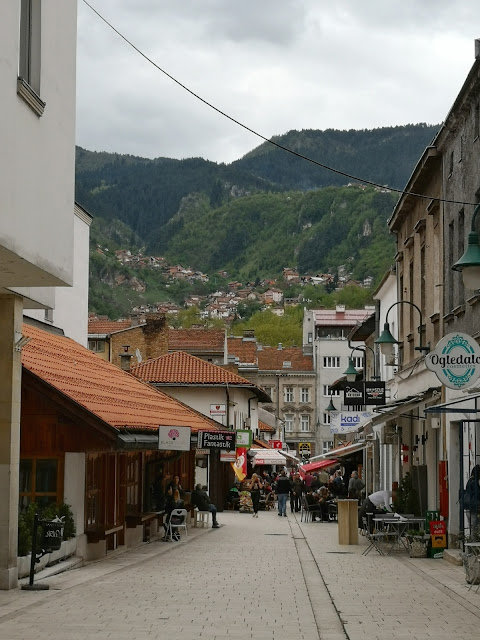 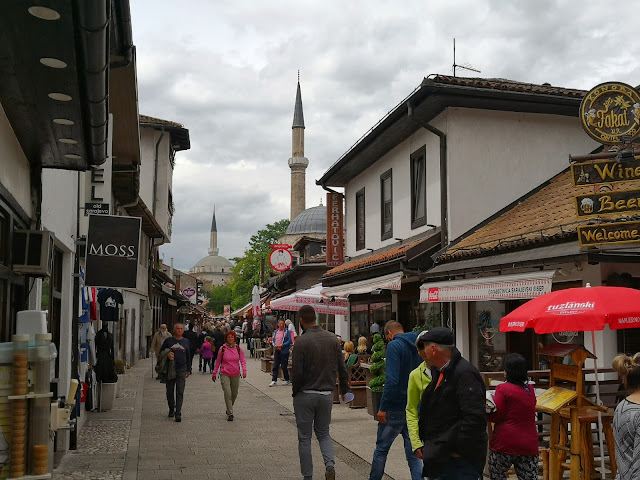 The only remaining active synagogue in Bosnia 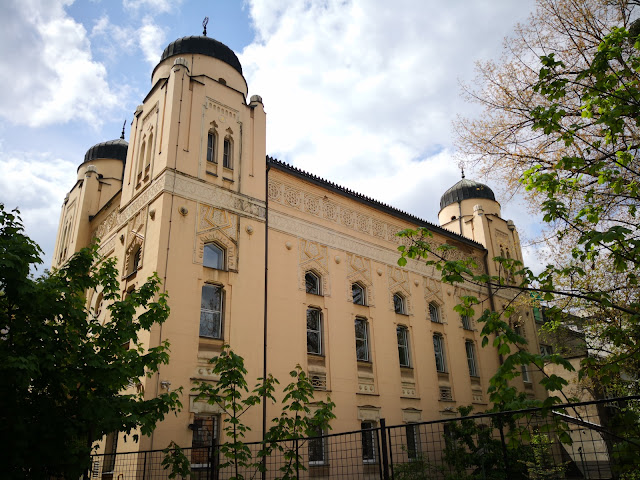 Old building still in ruins because of disputed ownership 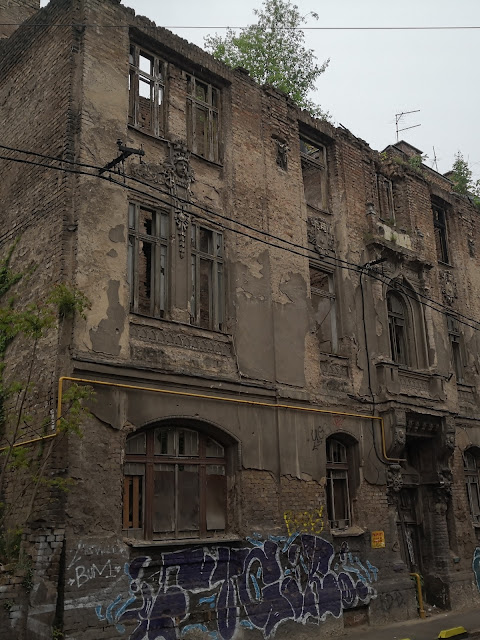 Funky modern apartment block built in the eighties, just before the 1984 Winter Olympics 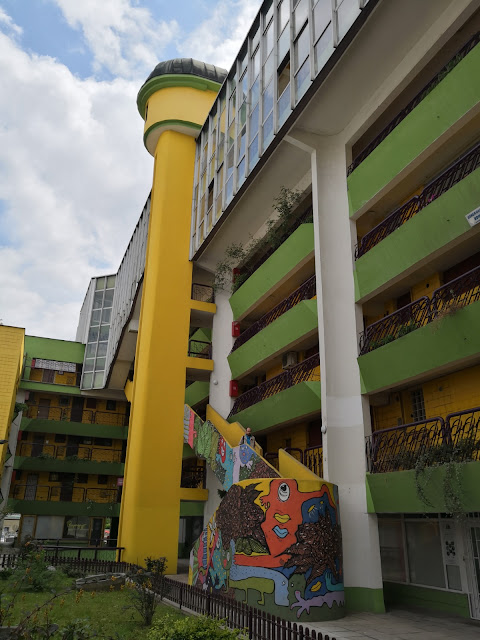 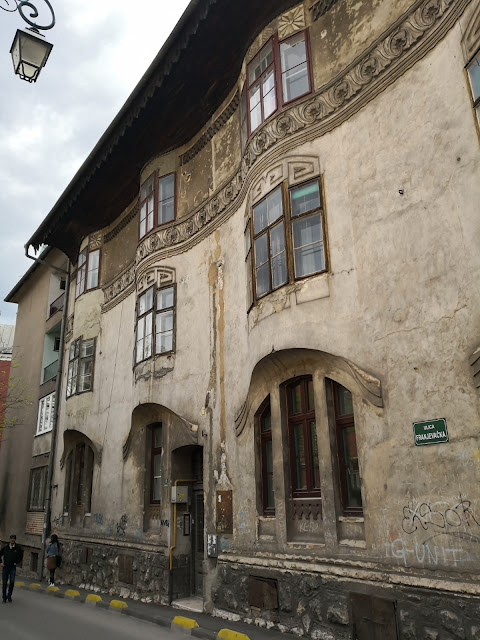 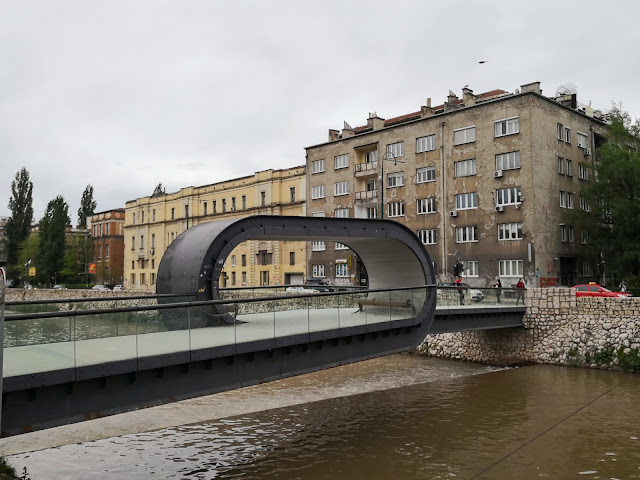 City hall, built by the in 1896, severely damaged in the Siege of Sarajevo, and restored in 2014 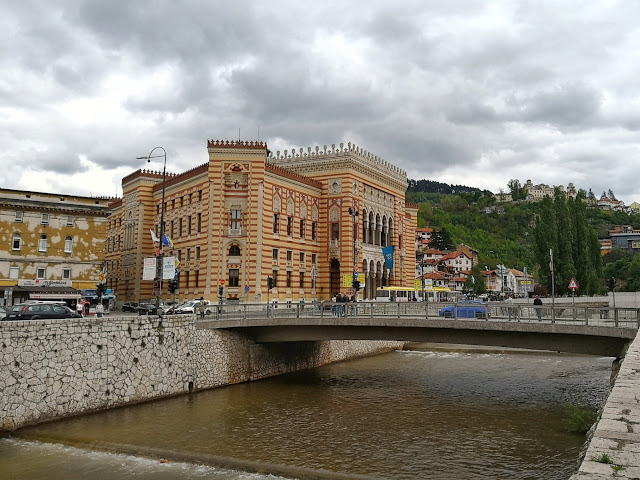 Memorial to the children who were killed during the siege. 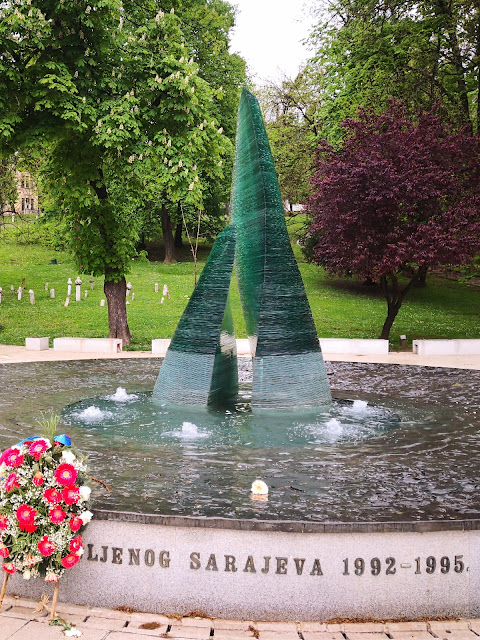