Breakfast at our hotel 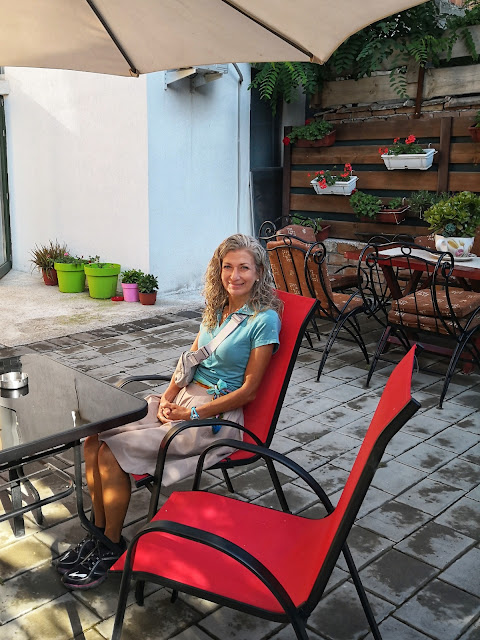 This morning we took a bus out to the village of Gračanica, a Serbian enclave since the end of the Kosovo war, and the location of the Gračanica Serbian Orthodox Monastery 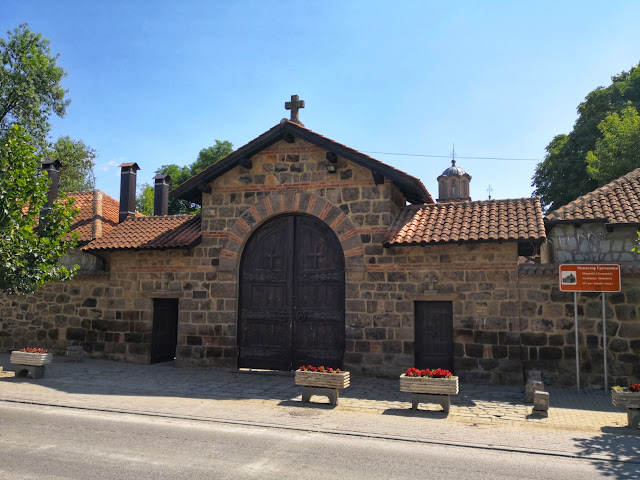 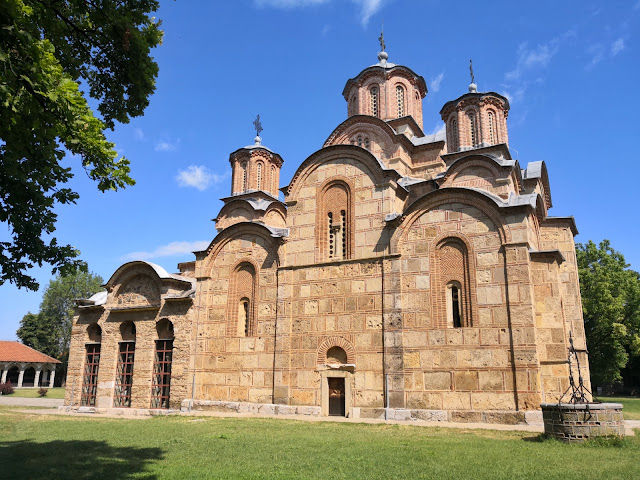 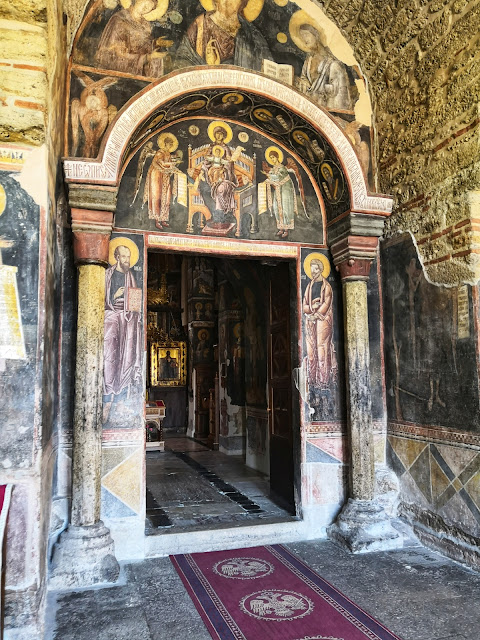 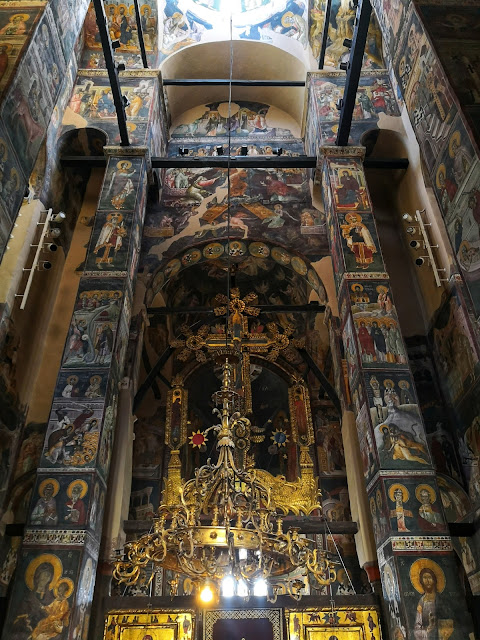 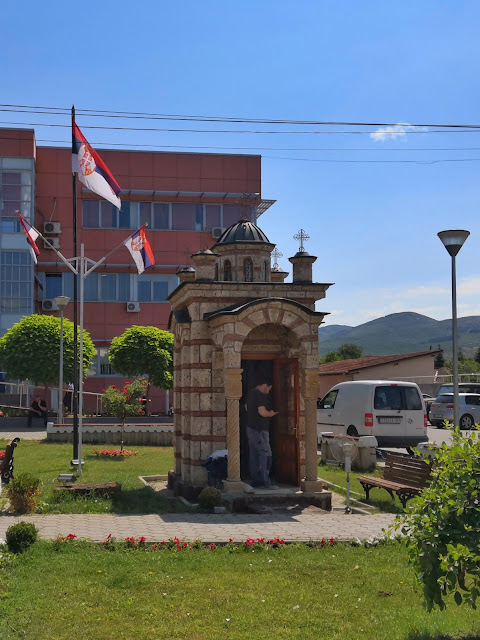 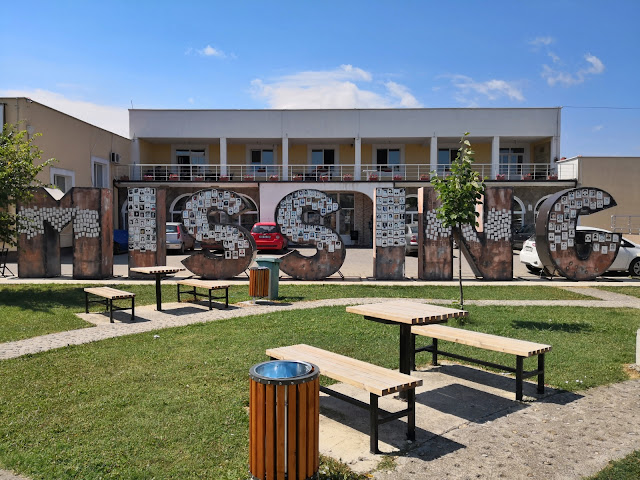 Back in Pristina this monument pays tribute to the estimated 20,000 mostly Albanian women who were victims of sexual violence from Serb forces during the Kosovo conflict. Militants from both sides have been indicted for war crimes. 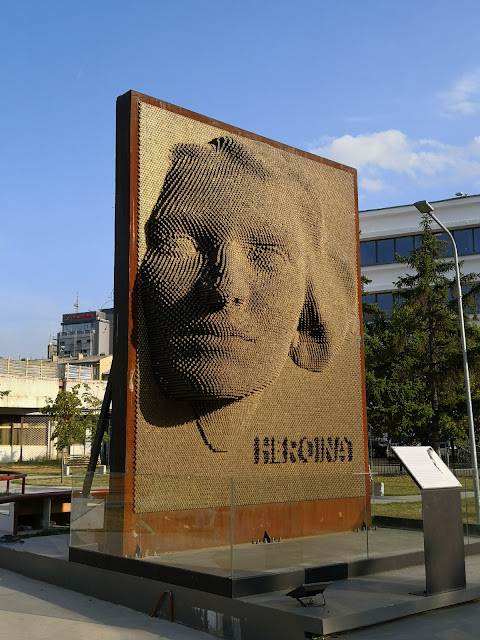 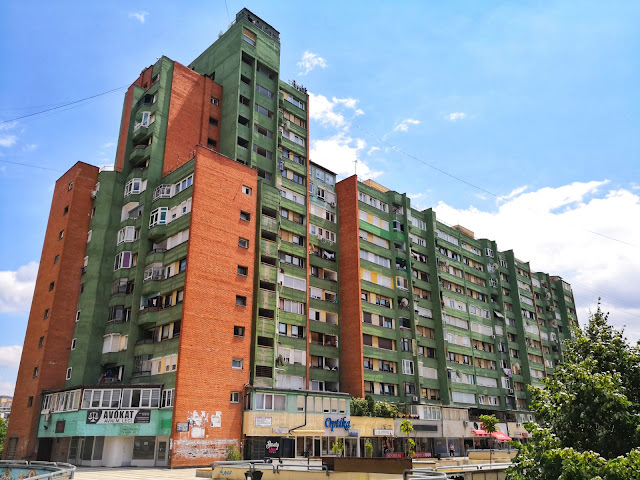 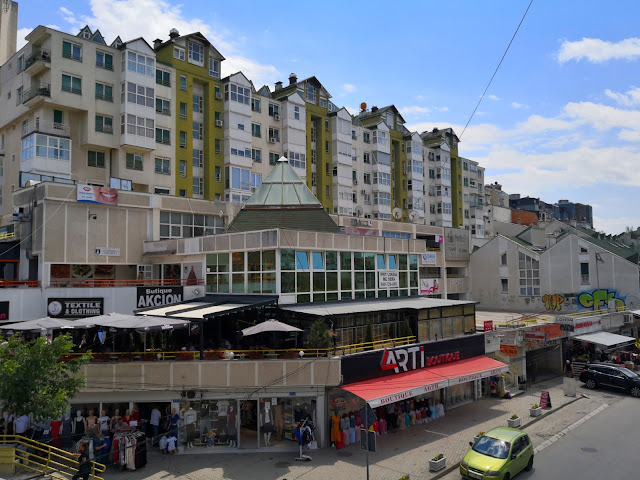 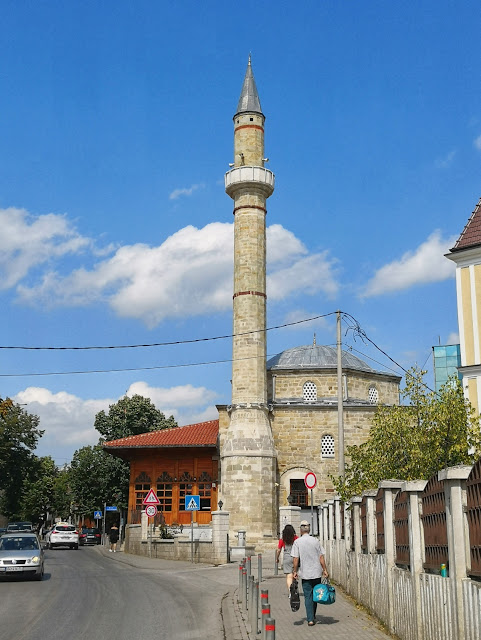 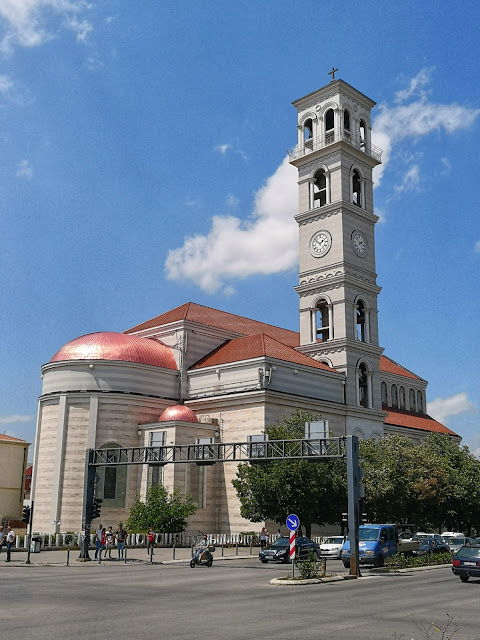 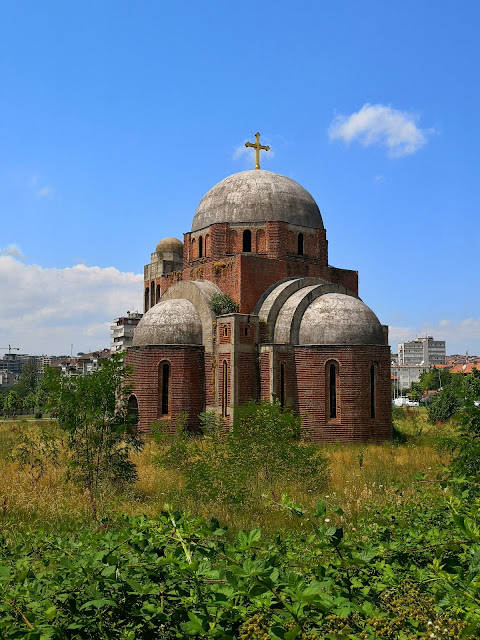 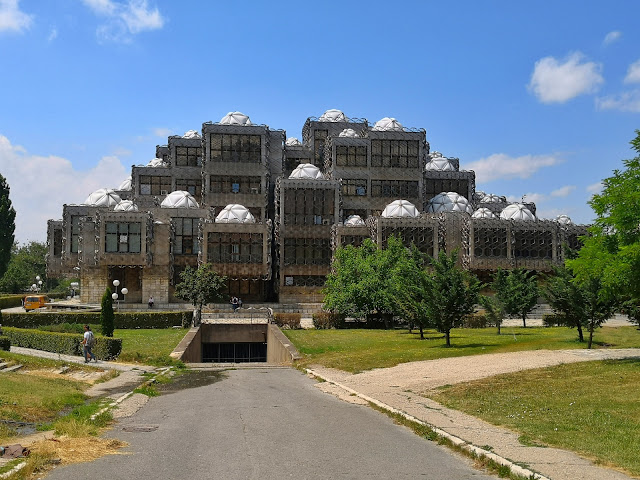 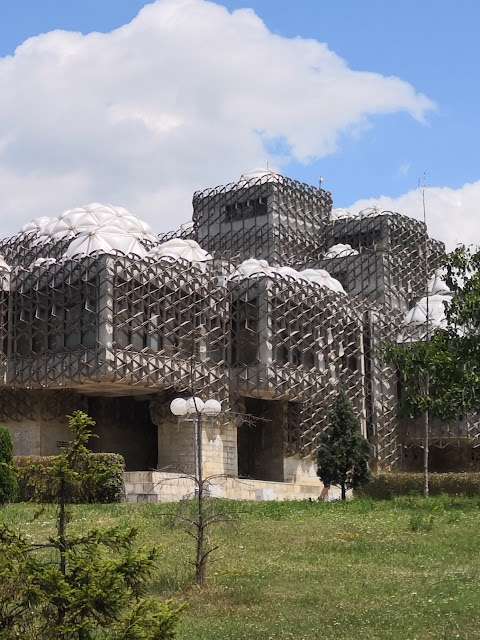 People lining up to get visas for Europe 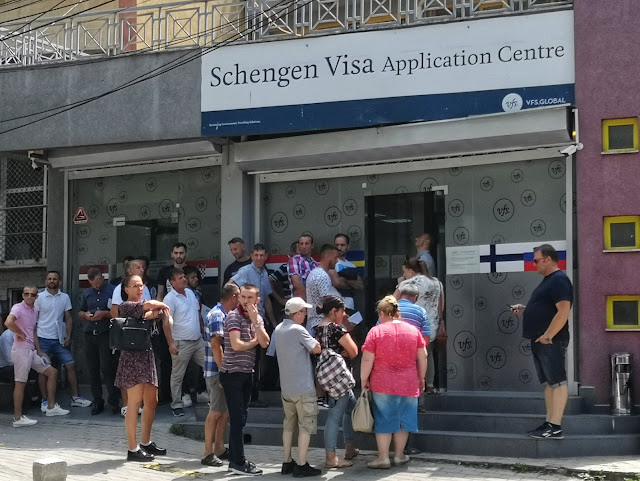 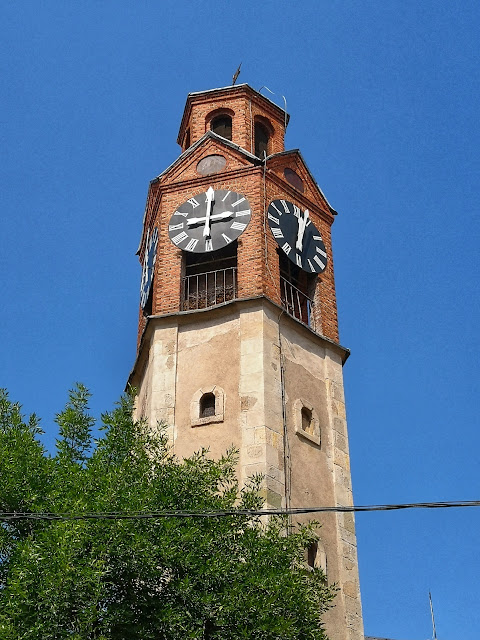 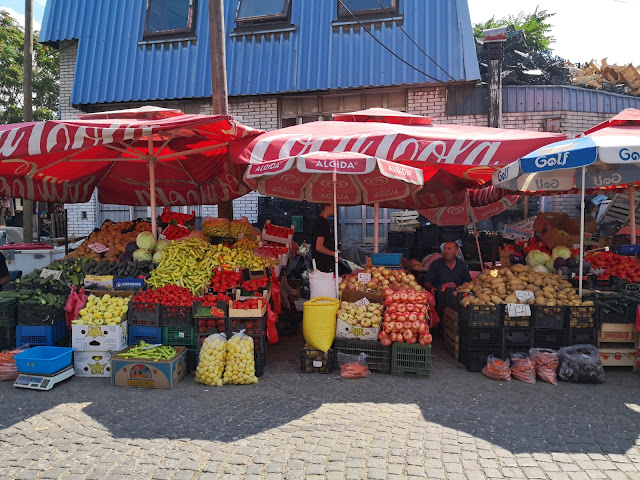 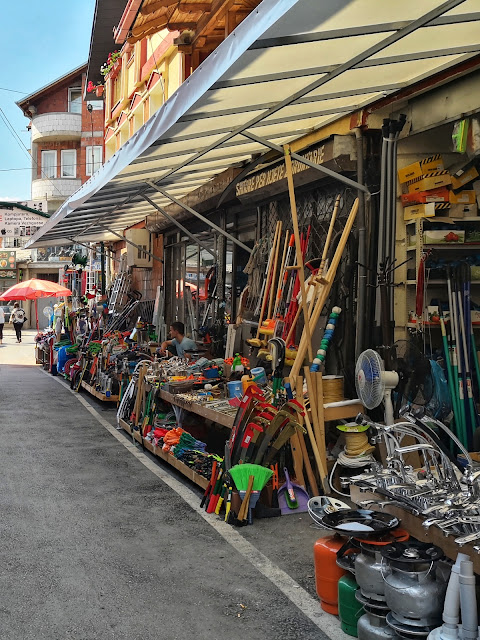 On the main pedestrian street 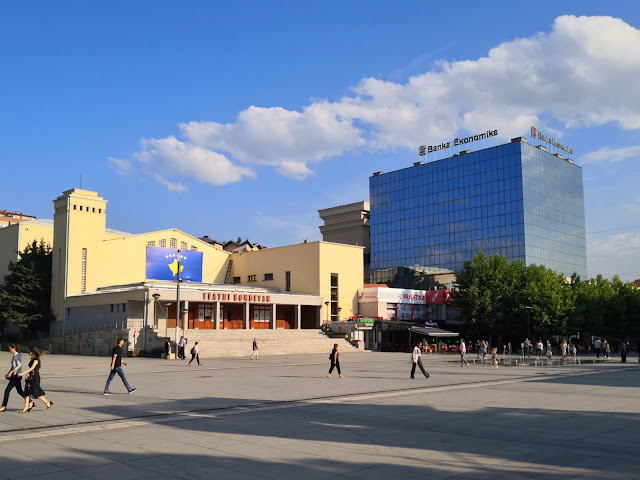 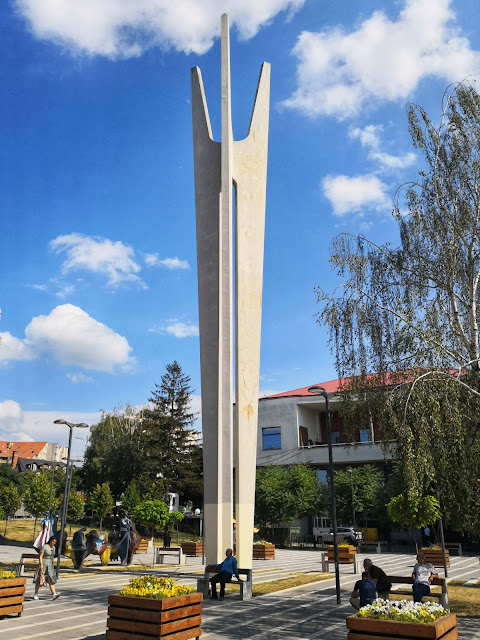 The Kosovo flag. Interestingly, this flag doesn't show up much, but you see the Albanian flag everywhere. Apparently most of the people in Kosovo would like to join Albania. 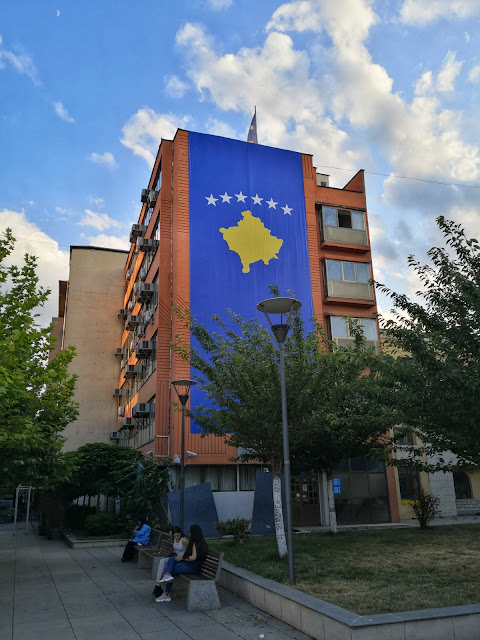