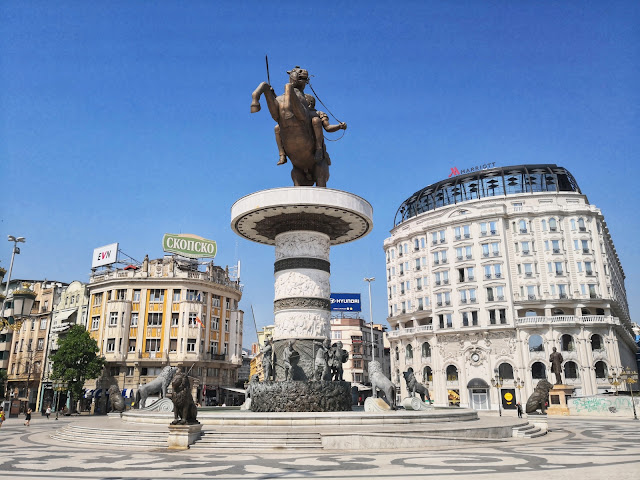 Mother Teresa was born in Skopje - this museum & chapel was built on the site of the former Catholic church where she was baptized. 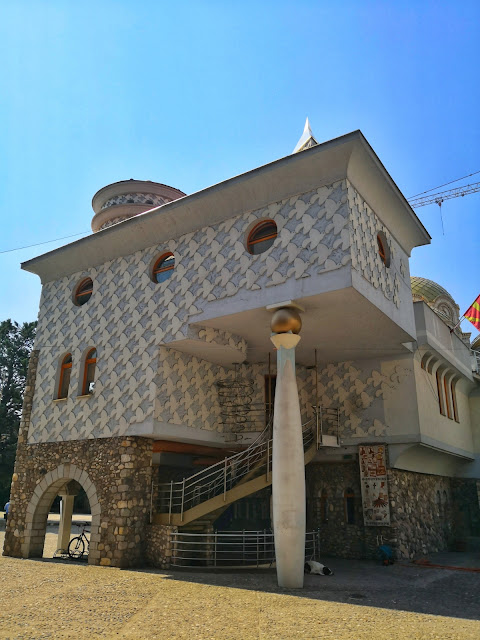 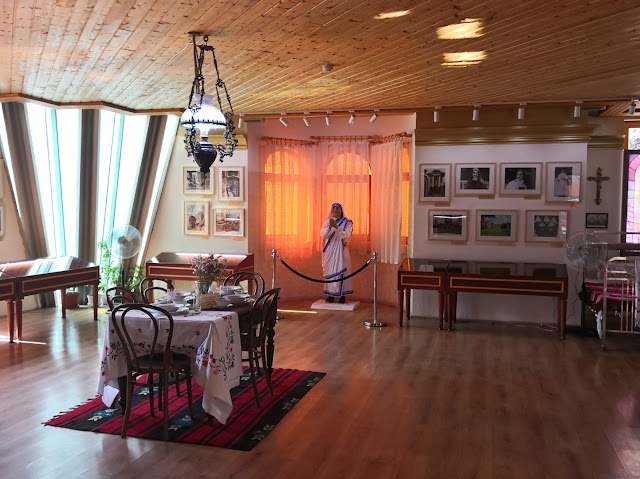 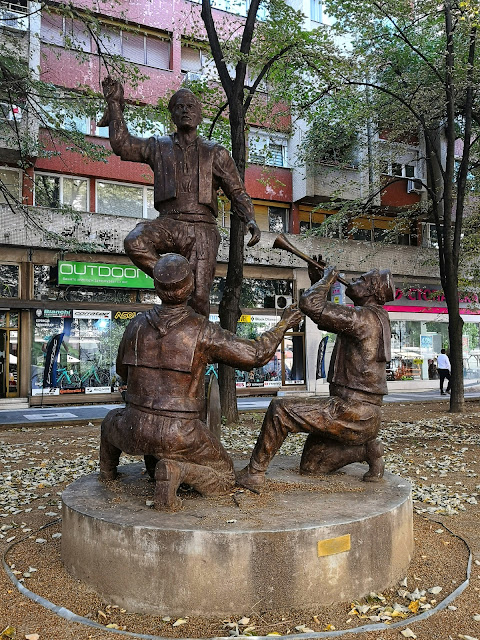 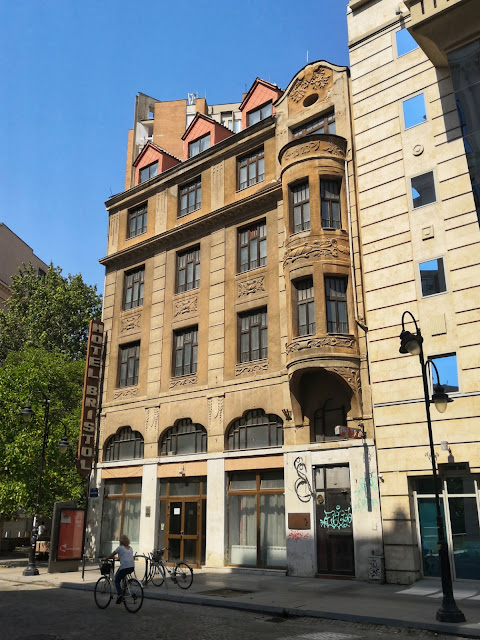 Old railway station built in 1938 to 1940. On July 17, 1963 and devastating earthquake destroyed 80% of Skopje. Two thirds of the station collapsed and the clock stopped working. 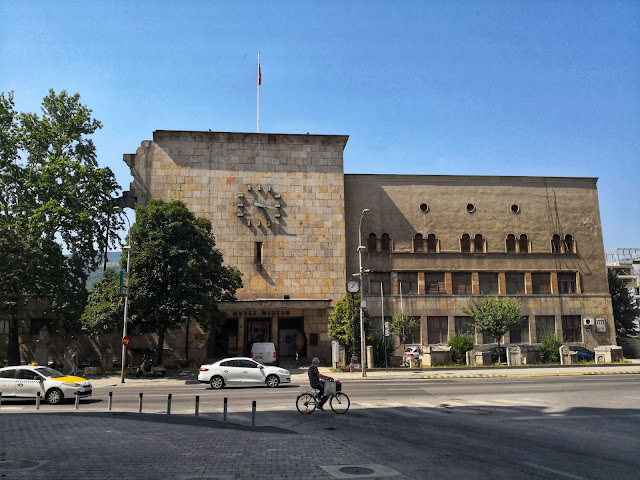 A picture of the station before the earthquake 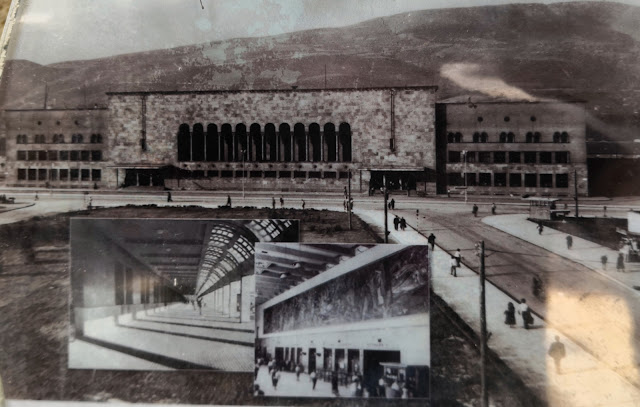 A new neoclassical building on the river 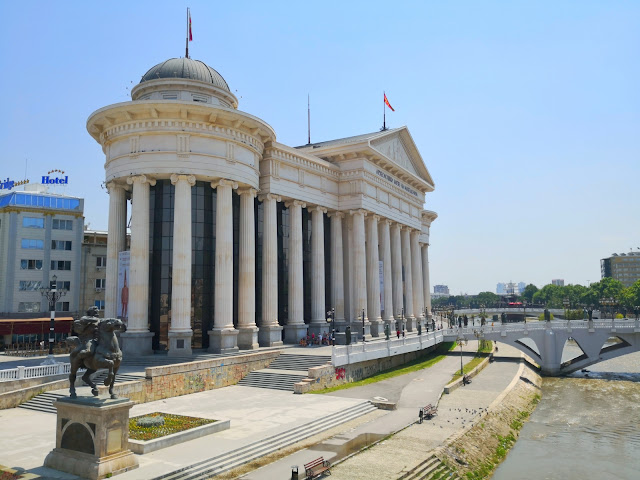 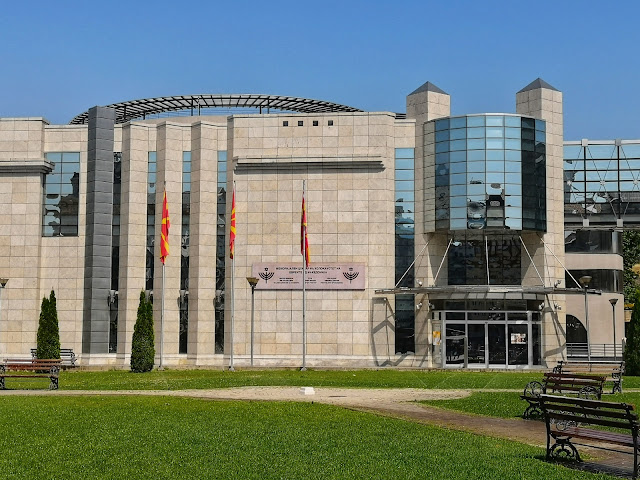 On March 11, 1943 almost all of the Jews (about 7,000) living in what is now North Macedonia were rounded up and held in a nearby warehouse. Most of them were transported to death camps and killed. 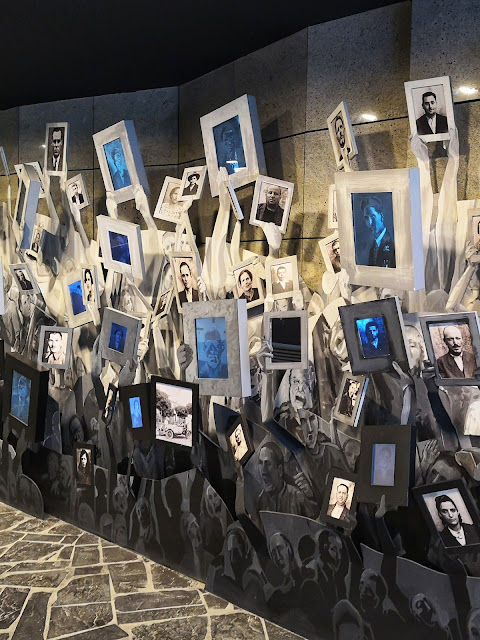