The Gazimestan memorial, site of the 1389 Battle of Kosovo, fought between the Serbian medieval state and the invading Ottomans. Leaders of both armies died, and both armies were badly broken, but the battle is part of the Serbian national identity. 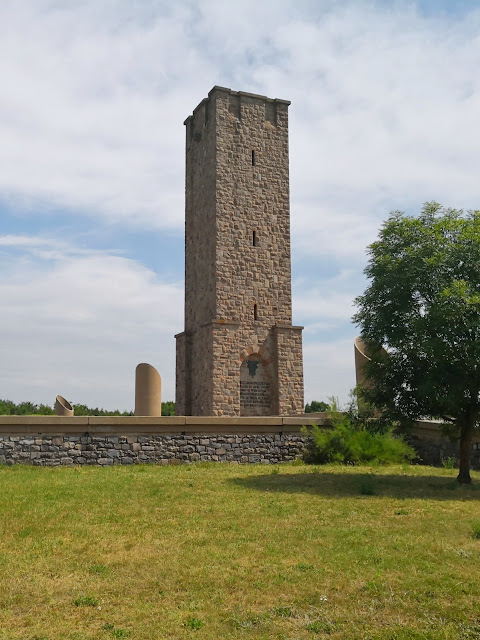 The Tomb of the Ottoman leader, Sultan Murad 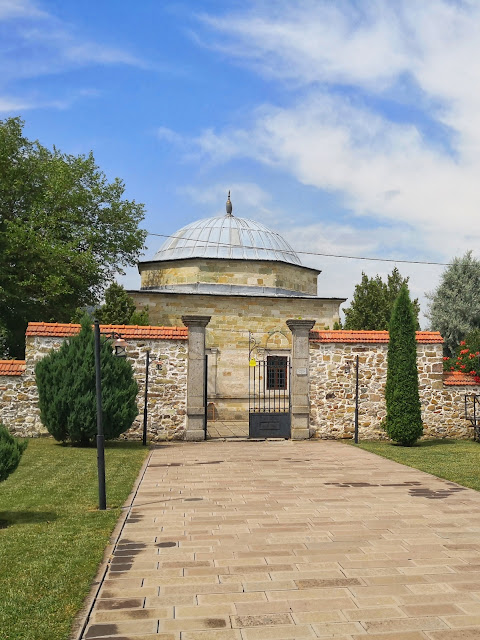 After that we drove to the town of Prekaz. In March 1998 a Serbian Anti-Terrorism force came here to capture Kosovo Liberation Army (KLA) fighters considered to be terrorists by Serbia. In the end KLA leader Adem Jashari and his brother Hamëz were killed, along with nearly 60 other family members including women & children. A cemetery and memorial have been built in the town, and the family homes that were attacked have been left as they were after the attack. 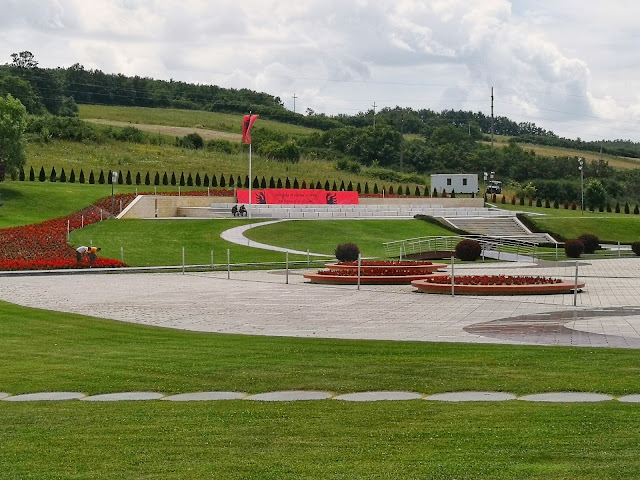 The family homes with scaffolding and roofs to protect the ruins 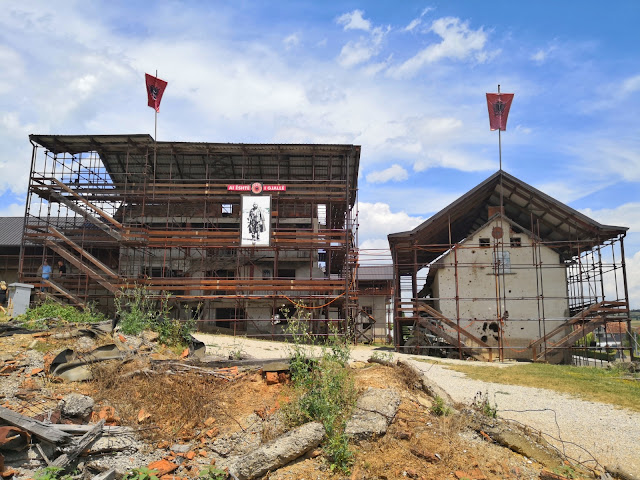 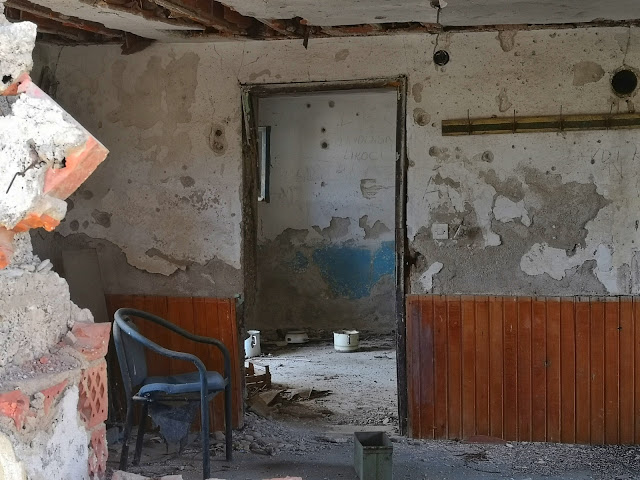 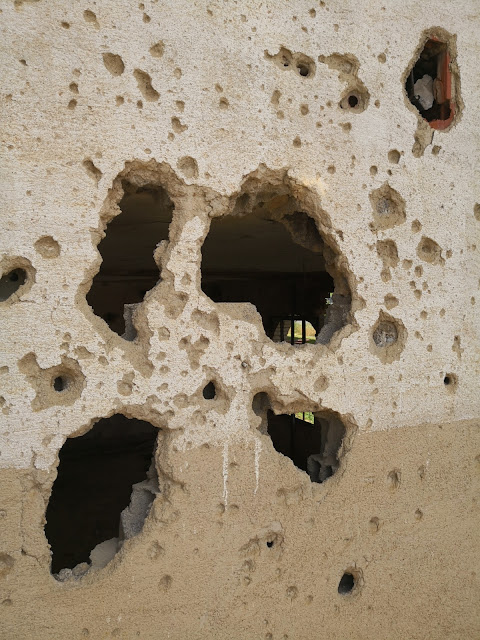 Peja, our destination for tonight 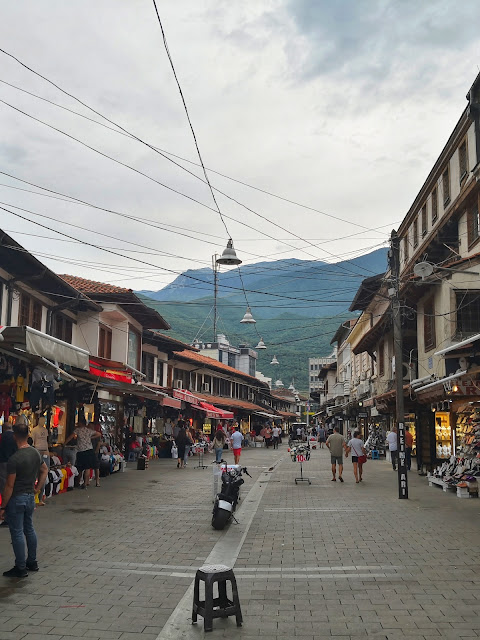 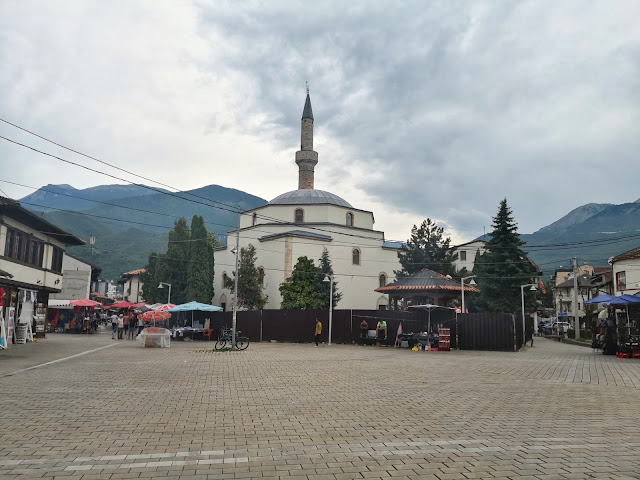 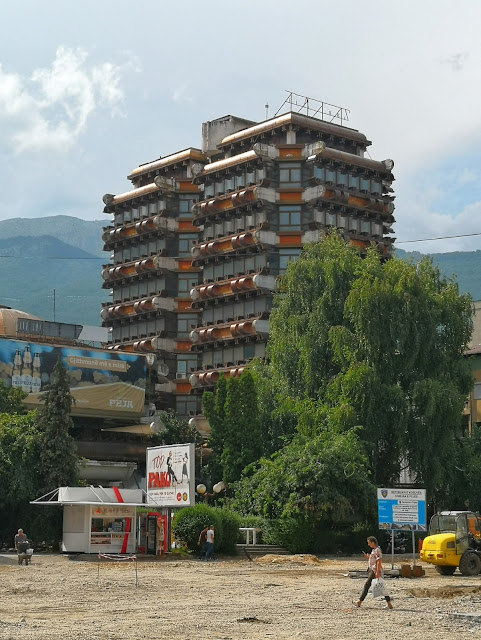 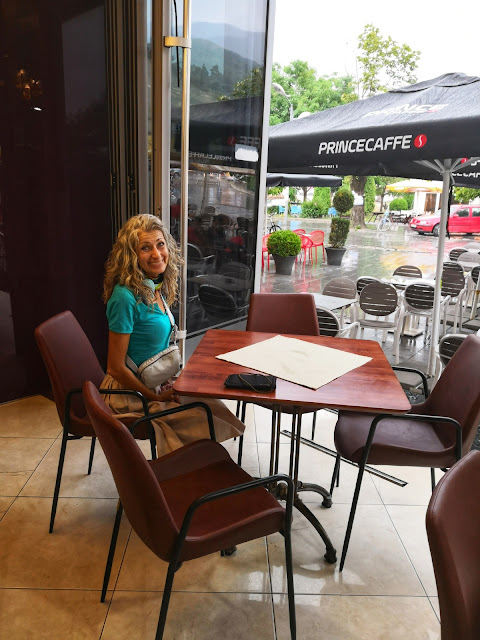 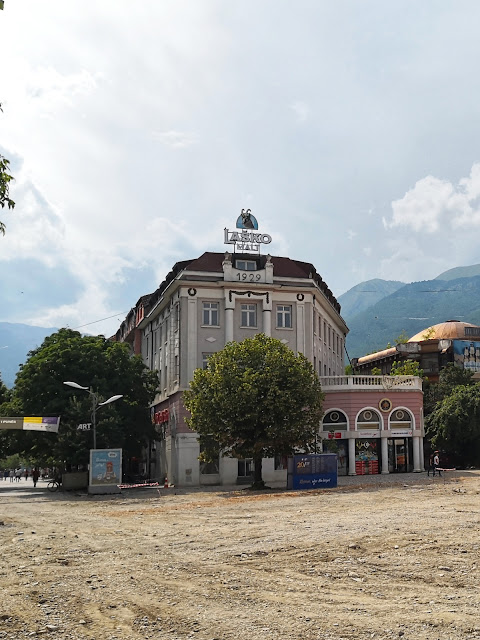 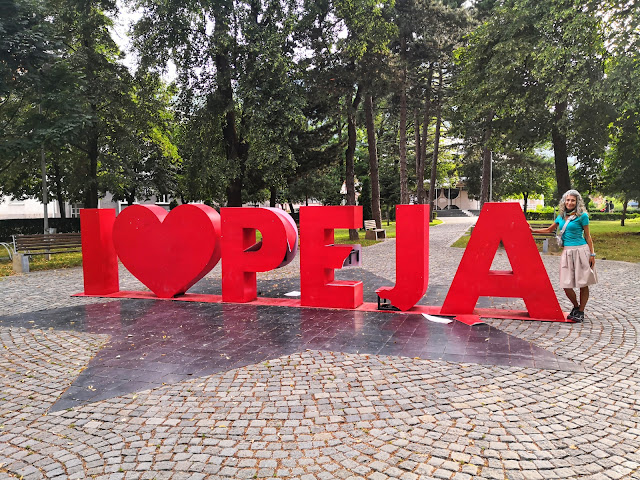